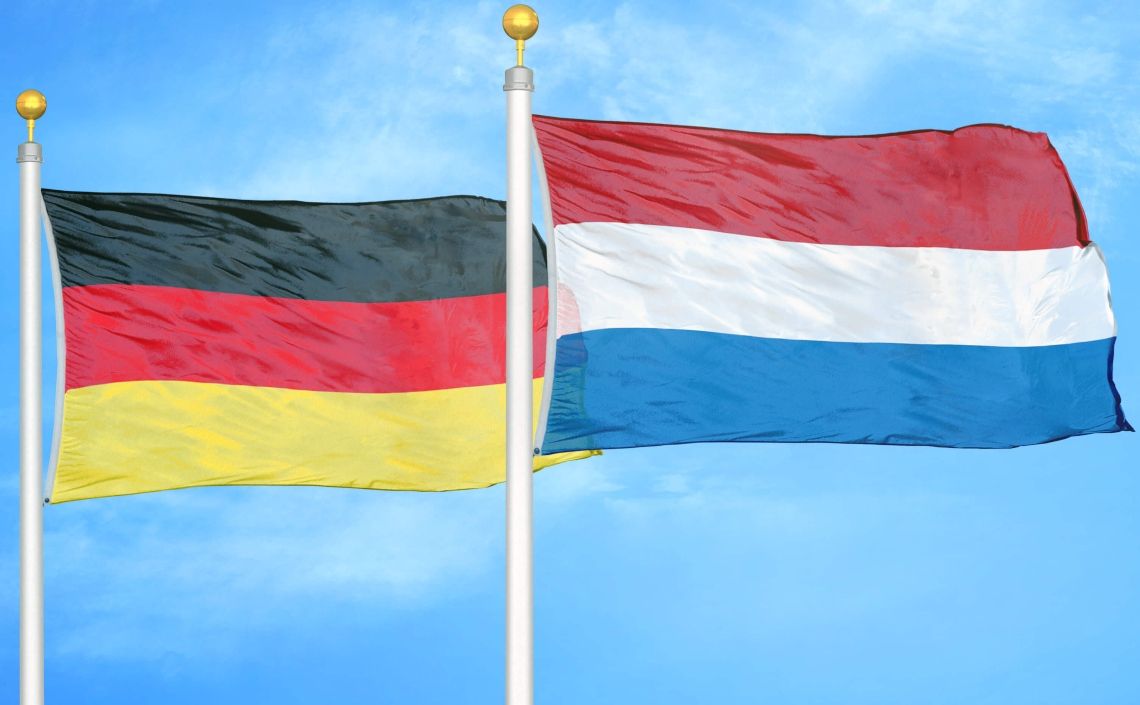 The number of cannabis wholesalers in Germany is growing rapidly, but the amount of cannabis shipped from the Netherlands is steady – resulting in decreasing product available per wholesaler and, likely, an eventual consolidation in the market, according to local industry officials.

A record 30 companies effectively imported flower from the Netherlands in April, and more than 50 companies already have an import authorization granted by the German government to do so. That means the number of importers will likely keep on increasing at least in the short term.

A year ago, the number of companies with an import authorization to bring flower to Germany from the Netherlands was 17.

ADVERTISEMENT
And the amount of medical marijuana shipped from the Netherlands to Germany is not expected to increase for the time being, meaning that individual German wholesalers are receiving less Dutch product per month.

According to information Marijuana Business Daily obtained directly from the Netherlands’ Office of Medical Cannabis (OMC), the Dutch agency in April divided its 195 kilograms (430 pounds) of flower for Germany among 30 customers, and each received 6.5 kilograms.

These wholesalers can either distribute their share to pharmacies or resell the product to other wholesalers.

They cannot sell directly to patients, who may buy medical cannabis only in pharmacies.

The increasing competition and limited supply is worrisome for some wholesalers. And a new price agreement could compress margins.

Recently, German pharmacists and insurers agreed on a new cannabis reimbursement scheme that is likely to translate into lower prices and margins for most medical cannabis products across the supply chain.

Adding to difficulties for wholesalers: During the COVID-19 crisis, it is almost impossible to get European inspectors to audit new medical marijuana suppliers outside the European Union.

“Additionally, the current coronavirus crisis has caused a severe capital investment hurdle,” Henn said. “When founded, most wholesalers had the goal to become vertically integrated, importing from different countries and selling to pharmacies under their own brands.

“But reality showed that those plans are not easy to achieve. In fact, many wholesalers can only afford to import from the Netherlands just to resell their quota to other wholesalers because they don’t even have the needed infrastructure to deliver to pharmacies.”

The current situation is unlikely to be sustainable for wholesalers, according to experts.

“The wholesaling business is being destroyed,” the CEO of a company that only imports from the Netherlands told MJBizDaily under the condition of anonymity.

The CEO was referring to increasing competition trying to get some of the Dutch product.

What the Netherlands is shipping is largely in line with the agreement it has in place with Germany – 2,500 kilograms per year in 2019 and 2020.

Monthly, that amounts to about 200 kilograms.

That seriously challenges the economics of the business models for many wholesalers.

With Germany being by far the largest European market and growing rapidly, those who withstand the expected consolidation could end up in a better position.

But having enough cash for survival in the coming quarters is crucial.

The new price agreement between pharmacies and insurers could accelerate consolidation.

For flower, instead of using the previous rules that mandated a markup of roughly 100% by pharmacies, the new price agreement establishes a fixed amount that insurers will pay pharmacies. The amount depends on the quantities of the prescription.

That means the price paid by pharmacists to wholesalers is largely irrelevant for insurers.

The new price arrangement is the result of lengthy negotiations between pharmacies and insurers.

A law from August 2019 mandated the two parties to agree – before the end of February 2020 – to a price reduction to save about 25 million euros ($27 million) from the GKV coffers, which would ultimately benefit German taxpayers.

In 2019, the GKV spent 123 million euros reimbursing medical cannabis, which means the new pricing aims to save up to 20% of that total.

Until now, wholesalers have been selling to pharmacies for at least 9 euros ($10) a gram – but often for more.

And pharmacies had little incentive to buy cheaper product because their markups were a percentage over the price they paid to wholesalers. A higher purchase price used to mean a higher margin for the pharmacy.

The new rules give pharmacists an incentive to buy cheaper cannabis products if they want to maintain their lofty margins.

The new price agreement is complex.

For small prescriptions up to 15 grams, there’s not much of a difference compared to the previous system.

But for larger prescriptions, the price per gram that pharmacies will receive from the GKV will be significantly lower than the roughly 20 euros – sometimes more – they received in the past.

These are examples of final prices – without a value added tax – that MJBizDaily calculated based on the new price agreement for “unprocessed flower”:

Nothing changes for patients who have a GKV prescription: They still will be responsible for a copayment of only 5-10 euros per prescription. The change will affect what the pharmacy now receives from the GKV.

And the new price agreement does not directly impact patients who access medical cannabis through private prescriptions and, thus, pay out of pocket. They will continue to pay pharmacies using the previous calculation system that mandates a markup of approximately 100%.

However, if pharmacies pay less to wholesalers for medical cannabis, that will translate into less out-of-pocket expense for those customers. 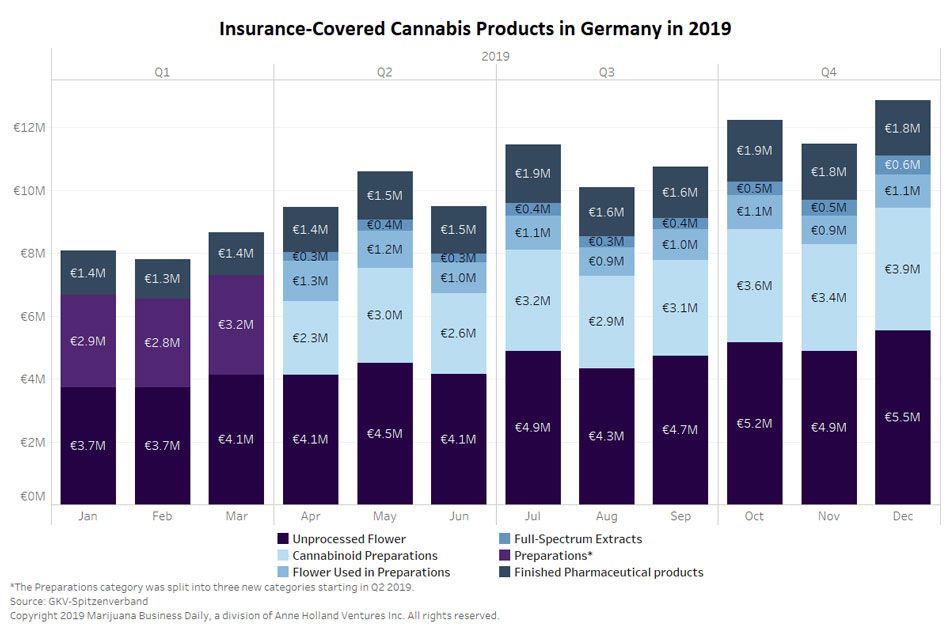 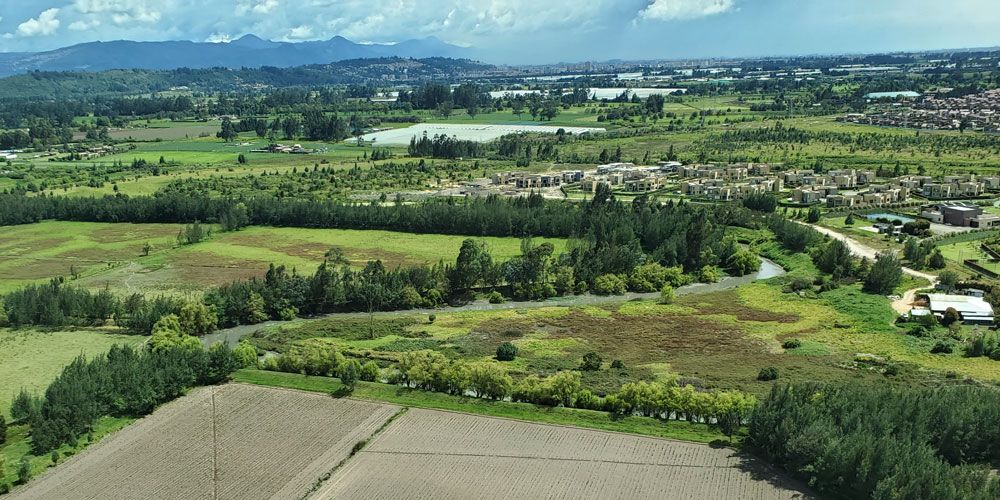 Most Danish health agency inspections on hold, including those for cannabis producers