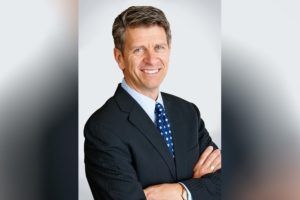 Mississauga, Ontario-based The Green Organic Dutchman Holdings (TGOD) is in the midst of executing a turnaround the company hopes will allow it to shrink debt, generate positive cash flow and avoid being easy prey for a takeover.

TGOD – which specializes in organic cannabis – is among a large group of Canadian licensed producers looking to cut costs and sell assets after overextending themselves at home and overseas.

For TGOD and others, that means unloading once-prized assets such as giant greenhouses.

“We spent over CA$200 million building (the Quebec greenhouse), but most of that has been already accounted for in impairments over the last year-and-a-half. The bids that are coming in are at levels that are at levels that can retire our senior debt, which was the plan,” CEO Sean Bovingdon told MJBizDaily in an interview.

“You’re not going to get what you paid to build the thing. No one is, and that’s why we had the write-downs.”

MJBizDaily talked with Bovingdon about how he intends to steer his ship out of troubled waters.

Green Organic Dutchman has had some tough quarters. How is the turnaround going?

We’ve been driving three things for the past year – focus, execution and discipline. The focus in the last year has been not trying to (make and sell) every single product in the cannabis market but focusing on what we can do well.

Execution: We frankly weren’t very good. We started production out of Ancaster (a city in Ontario). We took a lot of time to get it commissioned and get it right. I brought in a (chief operating officer), Michel Gagné, to focus on that execution.

So a lot of focus has meant a few things: We’re consistently getting good products out there. Costs have come down. Yields have gone up.

That helps immensely in terms of that transition, having repeatability and consistency in products, and also accountability.

And we also need to (keep up) financial discipline.

I’ve spent a lot of time over the last year-and-a-half raising money, keeping things going while also trying to get things turned around. I think that balance sheet is now in a much stronger position from where it was.

That’s great, but what’s the size of the market? … It’s not a case of “build it and they will come.”

It was the same as the tech boom in the late 1990s. It’s not just about spending millions and millions on websites and dot-coms when you don’t really know what the market is.

(Why investors should trust us now) is that focus, execution and discipline.

Where we are now, the forecast that we have is achievable with the assets we have.

Getting rid of that debt (with proceeds from the Quebec greenhouse sale) is a big catalyst.

The reductions we’ve done in our (general and administrative costs), the progress we’ve made in the brands that we’ve been consistently delivering on, leads us to being cash-flow positive on a monthly basis before the end of this year. That’s the target.

Have you given any thought to moving beyond organic cannabis?

No. When you talk about opportunities in the U.S. or internationally, our lane is that organic branding.

You become a commodity if you just want to start selling whatever.

We have to be true to our brand, true to our mission, and organically grown cannabis is our halo in that regard.

Organic is great from a differentiator and from an ESG (environmental, social and corporate governance) perspective of sustainability, but it has to have quality. The value comes not just from being organic but from the quality.

Why have any focus on the U.S. before you have a foothold in Canada?

You wait till the end of 2022 for all the regulations to be in place, the cost of entry is going to be significantly more than what it is now.

We’re not spending money (in the U.S.) right now. We’re building the ability to, post-having paid off our debt, be able to investigate options and partnerships.

What are your domestic priorities?

We’re still in only about 20% of the stores in Ontario. The No. 1 focus is to double that in Ontario.

The other aspect we’ve got to be aware of is that there’s going to be more M&A in Canada, like Hexo taking Zenabis, like Supreme and Canopy.

Our goal in Canada is to ensure that getting to cash-flow positive and paying off our debt puts us in a position not to be an easy target.

TGOD is eyeing Germany. How do you balance that while executing in your core market?

When I joined (in 2018), the management’s thought at that time was, it was a spray-gun effect. You name a country, they were trying to talk to someone there.

That’s been paired way back.

(Germany): We’re just about final on our EU-(Good Manufacturing Practice), and we have an established distribution agreement in Germany ready to go. It is the largest medical cannabis market in Europe.

(Mexico): Our first four oil products are in the final stages with COFEPRIS (the regulator) for getting cleared for distribution there.

(Australia): The third one is newer … the relationship with LeafCann in Australia. Because they were already well developed.

Much the same as the focus, same principle: Let’s focus on what we already have established and what we’re capable of delivering on, and let’s execute on it.

Matt Lamers is MJBizDaily‘s international editor based near Toronto. He can be reached at [email protected].