Cannabis industry veterans and rookies alike are forming business entities, securing financing, scouting locations and doing a host of other necessary legwork in anticipation of the day when legalized sales of medical marijuana will commence in Illinois.

In providing legal advice to many of these individuals, we have noticed several misconceptions about the law in Illinois that arise repeatedly.

Here are five of the biggest:

Given Illinois’ reputation for corruption, people can be forgiven for assuming that everything – including cannabis dispensary and cultivation licenses – is available if the right palms are greased.

Regardless of whether this perception is accurate, attempting a bribe or seeking an under-the-table quid pro quo would likely lead not only to the denial of an application, but also to a federal prison term. The Illinois statute also explicitly forbids cannabis industry members from donating to political campaigns.

Moreover, even a hint of scandal could threaten the entire legalization of medical marijuana in Illinois. The law creates only a four-year pilot program – a program that may be unable to withstand a strong political backlash.

#2: A Cannabis “Czar” Will Oversee the Industry

There will not be one single official responsible for overseeing the medical marijuana industry in Illinois.

While this system may have its drawbacks with respect to bureaucracy and efficiency, one benefit is that each distinct cannabis business segment will be governed by an agency with a certain degree of expertise and experience in the area.

#3: The Law is Too Restrictive for Cannabis Businesses to Succeed

Illinois may very well have, as people frequently bemoan, the most restrictive medical marijuana program in the country.

The law sets up only a pilot program that expires after four years, limits the types of illnesses that can legally be treated with marijuana, and limits the number of available dispensary and cultivation center licenses. Competition will be fierce for licenses, and even once a license is secured, it remains to be seen just how widely recommended cannabis will be and whether expectations for use and revenues will be met.

Consider, though, that many industries are heavily regulated—gaming and financial services, for example—and certain businesses within those industries have flourished. Moreover, the Illinois system is generally consistent with the policies that guide federal law enforcement, which may lessen the likelihood of prosecution.

While not every medical marijuana business will succeed, those with the savviest managers and best plans should prosper.

#4: What Worked Elsewhere Will Work in Illinois

There is no doubt that the business acumen and experience earned operating cannabis businesses in other locales is invaluable and will transfer to enterprises in Illinois.

But it would be a mistake to assume that applications or operational models that were successful in another state will succeed in Illinois, as public policies and priorities differ from state to state – and even vary widely within Illinois. The regulatory agencies in Illinois may give little or no weight to certain application factors that another state may have found vitally important.

Matters such as land use and zoning are often particularly susceptible to local politics. An industry veteran interested in opening up in Illinois does not necessarily have to reinvent the wheel, but would be well-advised to carefully consider the effect location has on a business plan.

#5: We Know What the Law Will Look Like in Six Months

The Act provides only a framework for how the industry will operate in Illinois. There remains a great deal more law to be made.

The three regulatory agencies will soon begin drafting application and operational requirements and enforcement procedures. These regulations will have a tremendous effect on the manner in which business owners operate. There will also be a process for adding new illnesses to the list of those approved for treatment with marijuana.

Plus, since the law creates only a four-year pilot program, it may still be significantly altered or even allowed to expire at the end of its term. Finally, litigation is certain to ensue. Businesses may sue regulators or each other, employees may sue employers, etc. Judicial rulings from these lawsuits will further alter and refine the law.

Michael McGrory is a partner in the Chicago office of SmithAmundsen, which provides legal services to medical marijuana businesses in Illinois. 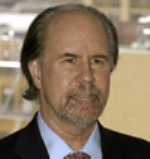