The recent racketeering lawsuit targeting more than 200 Oregon marijuana businesses and their executives resulted in a key victory for the cannabis industry in what could be a long-running fight.

That victory also offers lessons for cannabis industry growers, processors and other business who also could be forced to confront future Racketeer Influenced and Corrupt Organizations Act (RICO) cases.

While it might seem the political tide is increasingly in favor of legal cannabis, many people remain wary of marijuana – with some willing to file expensive, time-consuming lawsuits to stymie the industry.

Some of the cannabis growers in Oregon worry that this latest RICO case was the result of a template being used by anti-marijuana groups.

ADVERTISEMENT
“It’s definitely an organized attack,” said Robert Elam, owner of 7 Points Oregon, a cultivation operation based in Portland and one of the defendants in the case. He estimates his legal defense cost him about $8,000.

RICO cases have been filed against cannabis companies in several other states, including California and Colorado, typically costing a cultivation operation owner at minimum several thousand dollars in legal fees.

Those filing suits often complain that nearby cannabis grows smell, for example, and decrease property values.

Industry attorneys and business owners advise that cannabis growers looking to strengthen their defense against a possible RICO case should consider:

Alex Tinker, a Portland cannabis attorney who represented roughly 80 industry representatives and more than 20 businesses in the suit, said this case didn’t fully arise out of someone being harmed by a neighboring cannabis company but more out of the fight over the normalization of marijuana.

“It is at least somewhat a function of an organized effort to use this statute as a tool to attack the cannabis industry because prohibitionists have lost the cultural battle and have lost the legal battle,” he said.

The Oregon RICO suit was filed by plaintiff Laura Underwood, who alleged in July 2018 that smells from the neighboring marijuana processor diminished the “use and enjoyment” of her property.

Named in the suit were 226 companies and their top brass, or principals, who conducted business with marijuana processor Oregon Candy Farm.

Elam’s 7 Points sold less than a thousand dollars worth of trim to be processed by Oregon Candy Farm.

More than a year later, Elam received a packet in the mail that named him in the RICO case, which he said was “terrifying.”

He contacted his attorney, who put Elam in touch with other defendants so they could share the cost of the legal fight.

“Just a tiny amount of revenue really cost us in a big way,” Elam said.

According to Elam, his connection to other industry officials in the Oregon cannabis market, including participation in trade associations, helped immensely.

“Being involved in the industry and knowing people and being able to talk it through is the most helpful thing we’ve done,” he said.

Some companies named in the Oregon case paid to settle out of court, but Elam said he was encouraged to fight because he knew others were sticking it out.

If 7 Points wouldn’t have been able to share resources, the legal fees might have driven the company out of business and the RICO case would have worked, according to Elam.

“We ended up just waiting it out because it’s just wrong,” he said.

Tinker encouraged many in the industry to band together in legal cases to mitigate costs.

“If you spend several hundred thousands of dollars to defend a case through trial and win, you still lost if you spent all that money,” he said.

In this case, a plaintiff who wins the case is entitled to be reimbursed for legal fees, but a prevailing defendant is not. Also, the plaintiffs could have received up to three times the damages.

“It is often a rational business decision, viewed in isolation, to pay a settlement even if the claims don’t have any merit,” Tinker said. “The cost of defending the claims will exceed the settlement price that’s offered.”

He doesn’t fault businesses for settling because it took the risk off the table.

“That said, we have some guidelines for what kind of cases will stand,” Tinker said, “and in this case, we were strongly encouraging all parties to stand true and fight it.”

There was legal precedent that the facts in the case didn’t support a RICO claim so he advised his clients that there was little risk.

Getting the word out

Nathan Howard, co-founder and president of East Fork Cultivars, an outdoor cannabis farm in Takilma, Oregon, said his company ended up paying about $10,000 in legal fees to fight the case.

That’s on top of the 200-300 hours of time his company spent battling the lawsuit.

“One of the worst things about this is not the money but the mental stress this has caused,” Howard said.

Both he, Elam and David Schwimmer, co-owner of Ivy Cannabis in Oregon who was also named in the suit, mentioned the potential lost investment into their companies.

Schwimmer said the RICO case might have damaged his company’s reputation and having the lawsuit hanging overhead was “like trying to sell a restaurant now with COVID-19.”

Howard said for the past few years his company has been raising money from friends and family but now is trying to cast a wider net to attract professionals such as angel investors.

“I can’t imagine (the RICO case) isn’t weirding people out,” he said.

When East Fork applied for its latest rounds of U.S. Small Business Administration loans for the Paycheck Protection Program – part of the federal government’s assistance during the coronavirus pandemic – the application asked if the company was in a pending lawsuit.

Howard said the company did receive a PPP loan, but he wonders if the lawsuit affected the overall amount East Fork would have received.

As far as advice, Howard recommends cannabis businesses that touch the plant set up separate limited liability companies – one for the grow operation and one for the property. That way, for instance, at least one of the companies is protected from a lawsuit targeting the plant-touching business.

He would also like to see cannabis trade associations, both statewide and national, and marijuana attorneys in newer markets read up on precedents set in other states and try to put the word out that these cases aren’t successful in damaging the industry.

Howard believes that would potentially have a ripple effect by convincing anti-marijuana attorneys to realize RICO cases aren’t a good tactic “for squeezing these businesses and taking a final punch at prohibition.”

“Whatever we can do so that people don’t have to reinvent the wheel every time.” 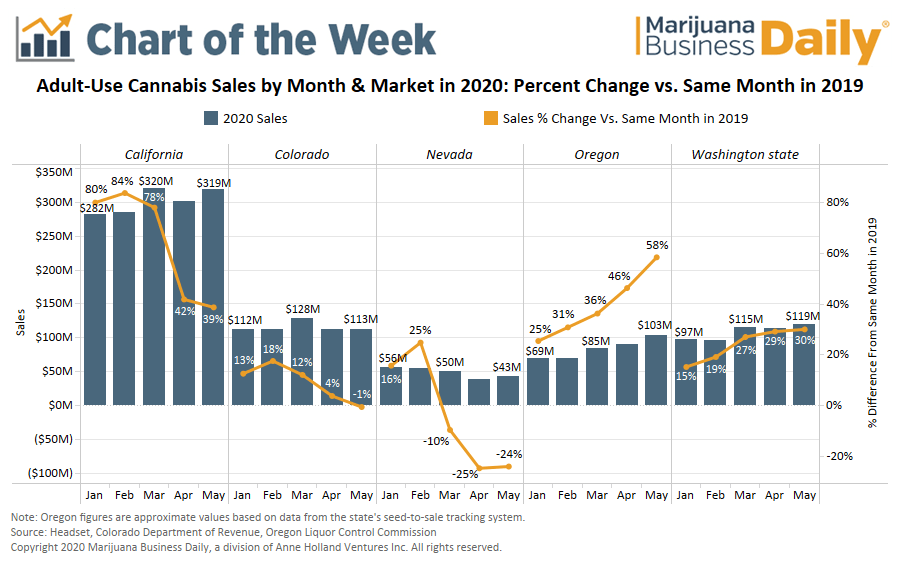