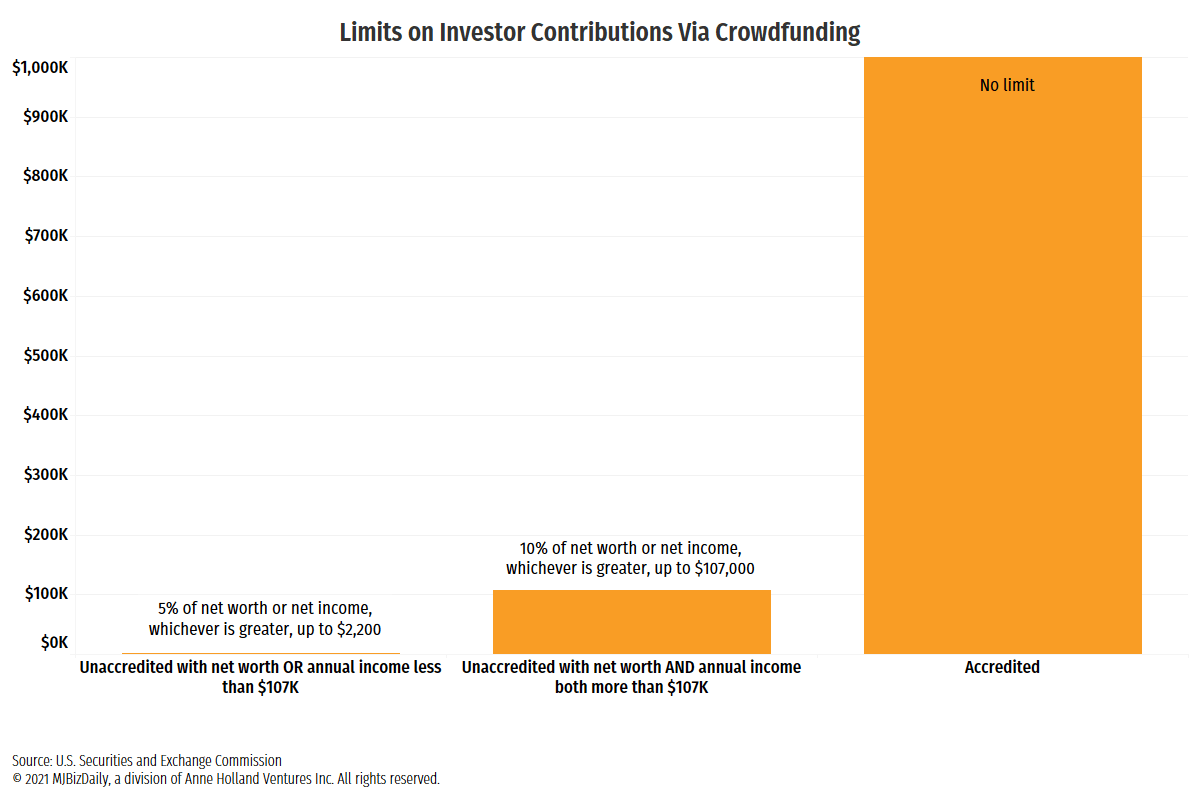 Use caution with cannabis crowdfunding

Crowdfunding has become ubiquitous, used for everything from launching a new business idea or paying medical bills.

But it also requires “full and honest disclosure” from companies using it to cast a wide net for investors, Gurbir S. Grewal, director of the U.S. Securities and Exchange Commission’s Division of Enforcement, noted in a statement related to charges filed against three individuals involved in cannabis real estate deals.

According to the SEC’s complaint, the individuals failed to register the fundraising effort with the agency and ultimately pocketed the nearly $2 million they collected.

TruCrowd, the fundraising platform that hosted the offering, has also come under fire for failing to “address red flags” associated with the effort.

Under current SEC rules, crowdfunding by established businesses (as opposed to new ventures) is allowed, but this new case highlights that the agency is checking for compliance.

Here are the key things you need to know if you want to use crowdfunding for your company:

And most importantly, use the funds for their designated purpose. Don’t just pocket the money and go about your merry way.

The deal is part of a strategic vision to provide “indoor-quality flower at very close to outdoor quality cannabis cost,” which aligns with trends that Viridian Capital Advisors expects to intensify over the next few years:

Total consideration for the property was about $233 million ($158 million without earnouts), including:

The facility includes 5.5 million square feet of space across six greenhouses. The capex plan is divided into two phases:

The company currently operates 500,000 square feet of greenhouse space in Santa Barbara county. This acquisition will expand that canopy tenfold when the facility is fully built out.

In addition, Glass House now operates four dispensaries and plans to have 23 stores operational by the second half of 2022.

The Glass House Farms brand has a No. 2 market share for flower in California, and the company hopes to continue building on that momentum.

With such a massive expansion plan, some mistakes are unavoidable. But Glass House is taking the approach of full disclosure on the effect of these missteps.

Several examples were highlighted on the company’s second-quarter conference call:

Massachusetts mayor gets 6 years in prison for marijuana bribery scheme