Score another one for medical marijuana businesses in Arizona.

A judge has ruled that Maricopa County cannot tweak its zoning laws to prevent dispensaries from opening, removing another roadblock for the MMJ industry in a state that has launched numerous legal attacks against the medical cannabis business. (You can read the full decision here)

The ruling will reverberate across Arizona. It could clear the way for dispensaries and related businesses in other counties and cities to open – or at least give them legal justification to challenge local restrictions. It also will create a much more stable and predictable climate for medical marijuana businesses in general.

“There will be more jobs for cultivators, bud tenders and others in our field, as additional local restrictions will be successfully challenged and additional cultivation sites will open,” said attorney Jeffrey Kaufman, who represents White Mountain Health Center, a planned dispensary that filed the suit against the county.

But don’t expect an end to the legal challenges. Several officials across Arizona – most notably Maricopa County Attorney Bill Montgomery – seem to have a personal vendetta against medical marijuana and are doing everything in their power to stifle the industry. So more lawsuits could be in the pipeline. Additionally, there are several pending – and related – cases that will help define the industry going forward.

Fortunately, most of these efforts have failed. Montgomery in particular has a poor track record, and no judge seems willing to buy his argument that the MMJ program puts state and local employees at risk of prosecution because it violates federal drug laws.

Despite all these challenges and the uncertainty they create, dozens of dispensaries have opened in Arizona over the past year to service 40,000-plus patients with medical marijuana cards. Arizona’s medical marijuana industry will generate an estimated $40 million to $60 million when it’s fully up and running, according to the Marijuana Business Factbook.

“The county’s regulatory reach may not extend beyond its ability to ensure that the dispensaries operate in ‘specified areas,'” the judge wrote. “A county zoning ordinance that poses a categorical prohibition of medical marijuana violates state law that limits its zoning jurisdiction.’’

Whether there will be some restrictions on where dispensaries can locate in unincorporated Maricopa County is still up in the air. The judge ordered both sides to file additional briefs by Oct. 31. 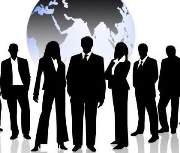 $50K Up in Smoke? Entrepreneurs Grappling With Massachusetts Marijuana Moratoriums