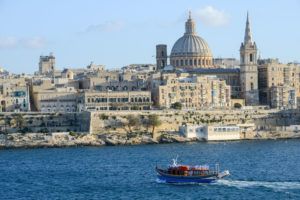 A bill to regulate the production of medical marijuana in Malta would make the country among the first in the European Union to lay the groundwork for cannabis manufacturing and position it as a supplier in the 28-nation bloc, according to executives and analysts.

The Production of Cannabis for Medicinal Use Act, which would apply to dried cannabis, cannabis oil, seeds and derivatives, passed its second reading Feb. 20 and is in committee review.

The bill would not allow smokable medical marijuana in Malta.

“Accessibility to quality medicinal cannabis shall safeguard patients who will no longer need to opt for cannabis purchased from uncontrolled sources, with all the concerns that illicit forms of cannabis may entail,” he said.

Under the bill, a business wanting to produce medical cannabis would have to obtain a letter of intent from the country’s economic development agency, Malta Enterprise, which would constitute preliminary approval.

After that, the Medicines Authority would issue a license for the premises.

Three medical cannabis companies have already signed letters of intent, and discussions with three more companies are at an advanced stage, according to Deepak Anand, vice president of government relations for the Vancouver, British Columbia-based consultancy Cannabis Compliance.

The Medicines Authority would regulate the industry.

Another notable change under the bill: All doctors accredited by the Maltese Medical Council could prescribe medical cannabis; only some government-approved doctors can do so currently.

All products would have to comply with EU Good Manufacturing Practices (GMP), an internationally recognized quality standard.

“There will be job creation, and if the industry does take off, it would place Malta among the forerunners in Europe in terms of manufacturing and exporting and (would) assumedly be very profitable,” said Johnathan Cilia, co-founder of the Valletta-based group ReLeaf.

Being a member of the European Union gives Malta natural advantages when it comes to doing business within the trading bloc.

“This is a niche market that Malta can exploit for a number of reasons.”

“Our model acts as a pull factor aimed at attracting global players, foreign investment, generating employment and widening the portfolio of our pharmaceutical industry,” said Portelli.

Portelli was one of the parliamentarians charged with overseeing medical cannabis legalization on behalf of the Office of the Prime Minister.

Malta will be the latest domino to fall in Europe, Anand predicted.

“Malta, being an EU member state and indeed one of the first to set up detailed cannabis manufacturing facilities, is naturally positioned to be one of the most suitable cannabis suppliers to other member states as well as the rest of the world,” he said.

The European medical cannabis market is the largest in the world, worth an estimated 35.7 billion euros per year, according to a recent European Medicines Agency report.

A number of other countries are laying the groundwork to export medical cannabis into the EU, including Israel, Portugal and Denmark, but  none have facilities up and running.

“As new and additional medical cannabis markets open up around the world,” he said, “the demand for GMP product formulations which aren’t smoked or vaped will be significant.

“And this is where companies who have partnered with, manufactured and QP-released medical cannabis products under EU-GMP from Malta, will have a huge advantage.”

One of Canada’s largest international cannabis companies is already laying the groundwork to enter the market.

“Nuuvera signed a letter of intent with its partners some time ago to form a joint venture to seize the opportunity emerging from the new legislation,” said Antonio Costanzo, head of international development with Nuuvera.

“We will communicate more details in the coming days.”

The week before, Nuuvera became one of only seven companies in Italy with a license to import medical cannabis.

“The legislation currently in parliament has the characteristics to position Malta as a key player in the European medicinal cannabis industry as well,” said Costanzo, “a country from which to access other European jurisdictions.”