A Colorado-based credit union believes it may have the solution to marijuana businesses’ banking issues, one that it hopes will be available in six states by the end of this year and about 20 by the end of 2018.

Sundie Seefried – the CEO of Partner Colorado Credit Union and architect of the institution’s Safe Harbor Private Banking program, which handles about $80 million per month in marijuana business deposits in the state – is betting on that success and a new potentially pioneering deal in Hawaii to prove it’s possible to safely bank cannabis companies.

But marijuana business professionals have seen banking promises come and go, so skepticism is already building.

ADVERTISEMENT
An official with another Colorado credit union that’s run into roadblocks trying to bank the cannabis industry says federal law will continue to hamper efforts such as Seefried’s.

“The 900-pound elephant is that without a change in federal law, these guidelines do not truly provide safe harbor against prosecution,” said Goldfogel, whose Fourth Corner wants to serve marijuana businesses but has been prevented from obtaining a federal reserve account, which is necessary to launch the business.

That’s not a deterrent for Seefried, who’s carrying out an aggressive expansion strategy centered on an embryonic independent business entity she created, Safe Harbor Services (SHS).

SHS doesn’t officially launch until November, but banks and credit unions in six states already have signed up for the program, Seefried said.

Financial institutions in Arkansas, Colorado, Maryland, Massachusetts, Ohio and Pennsylvania are beta testing the company’s proprietary cannabis banking compliance software. The testing is expected to be completed by Dec. 1, and the institutions hope to implement the technology soon after.

“We (Safe Harbor Private Banking) have pretty much licensed our rights to everything we have learned to this new company,” said Seefried, who declined to identify the financial institutions working with SHS.

If all goes well, growers, retailers and other marijuana-related businesses will have at least one banking institution in those states where they can open accounts.

The smallest of the institutions on board is a credit union that manages about $100 million in mainstream accounts in one state, according to Matt Cochran, whom Seefried hired earlier this year to serve as CEO of Safe Harbor Services.

In addition to the banks and credit unions participating in beta testing, institutions in five other states – including California and Nevada – have contracted with Safe Harbor Services.

Those unidentified institutions are on deck for a second round of testing in the first quarter of 2018 and, if all goes well, could be online soon after the trials are done.

Safe Harbor Services’ goal is to conduct beta testing and then license banks or credit unions in at least three to five new states per quarter for the rest of 2018. If successful, SHS would have about 20 marijuana-friendly financial institutions online by the end of next year.

“We’ll focus on getting one up and running in each state and giving them exclusive rights in that state,” Seefried said.

Marijuana business owners will have to carry their share of the load, Cochran said.

They must provide Safe Harbor Services’ partner banks with reams of information before they are accepted, Cochran said, noting there are roughly 30 forms with 500-600 questions.

Seefried said the timing was right to launch such an expansion because of the framework Partner Colorado’s Safe Harbor Private Banking program has established since its 2014 inception.

Simply put, the institution knows what works and what doesn’t.

To have tried developing cannabis industry software before accumulating that experience and know-how would have been risky, Seefried said.

“Customizing software is very expensive,” she added. “Now that we’ve been in it for three years, the (Partner Colorado) board and I felt it was a good time to try and optimize our position and start (Safe Harbor Services).”

Next, Seefried hired Cochran, an accountant who has worked at firms like Mayer Hoffman and McCann and also served as a consultant specializing in company launches and turnarounds.

Once Cochran was on board, his Safe Harbor Services team worked with software company Integrated Compliance Solutions to essentially automate the compliance processes for financial institutions interested in banking the cannabis industry.

While SHS has been preparing for its rollout, Safe Harbor Private Banking has continued to grow.

This week, Seefried’s original entity announced a pioneering agreement with Hawaii regulators to provide banking services to the state’s eight medical marijuana dispensaries – without the use of cash.

The partnership evolved because Hawaii regulators were looking to prevent crimes many dispensaries face as cash businesses at a time when other financial institutions refused to service the state’s MMJ industry.

Through an arrangement between Safe Harbor Private Banking and Colorado-based CanPay, Hawaii’s MMJ patients will be able to buy cannabis using a cellphone app.

Customers link their checking accounts to their CanPay account, and when they make purchases at participating marijuana businesses, the money transfers from their accounts to the merchants’.

To facilitate its vision, CanPay built a network of financial institutions whose programs are compliant with the Cole Memo and FinCEN guidelines, said Eide, who launched the company last November and quickly contacted Partner Colorado.

CanPay is working with 14 institutions in eight states, Eide said, and has lined up merchants in Colorado, Hawaii, California, Florida, Maine, Oregon and Washington state.

Though the Safe Harbor-CanPay collaboration in Hawaii may be innovative, industry analysts have reservations.

Avis Bulbulyan of Los Angeles-based Siva Consulting believes the model may be limited in scope.

“That concept would be a lot harder to apply in California where there are a lot more people and many of them won’t want to use this (CanPay) system,” he said.

“No one state should be dependent on one (banking) service provider.” 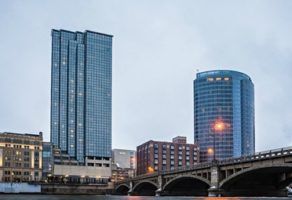 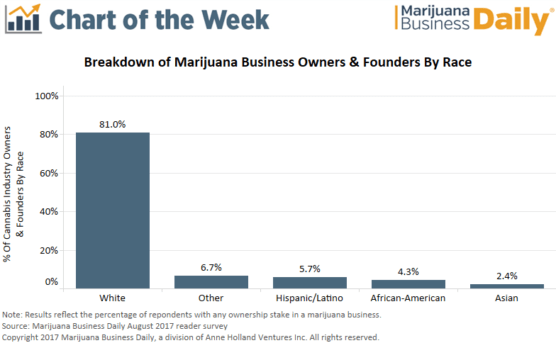