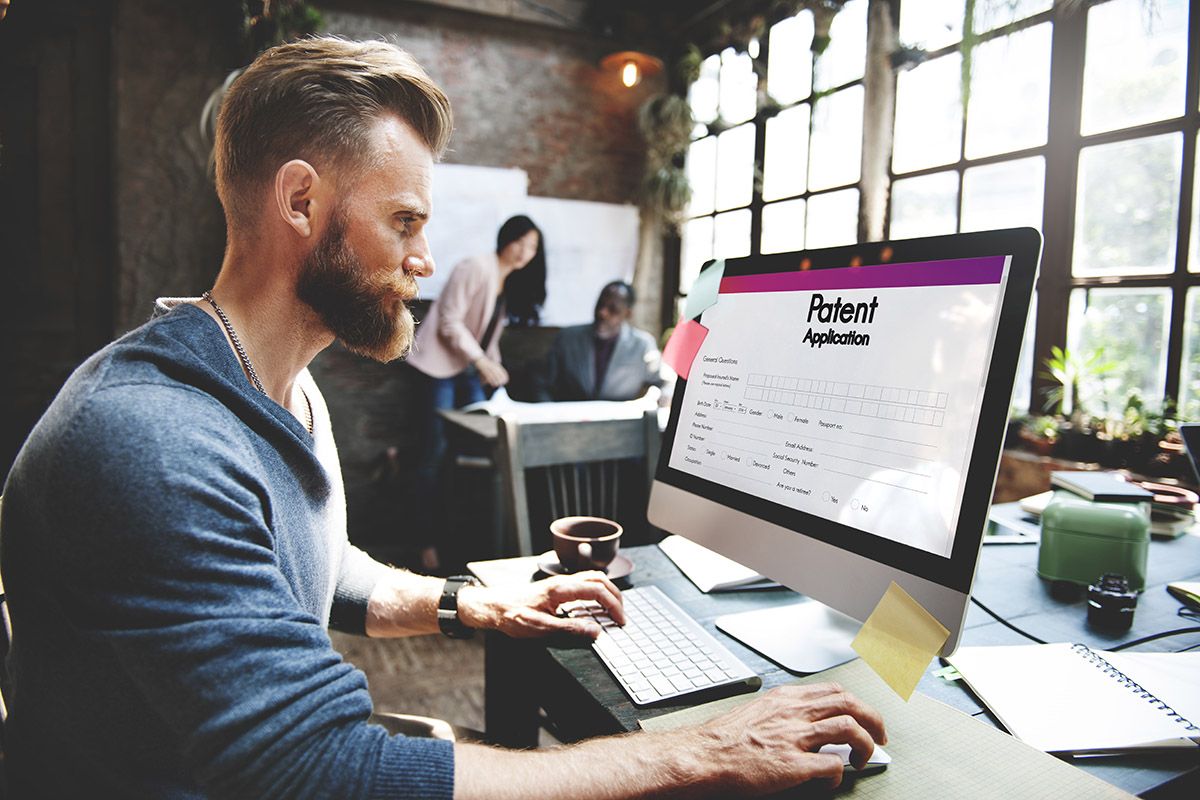 Marijuana products technically aren’t eligible for federal trademarks because the plant is illegal under the Controlled Substances Act.

But that doesn’t mean cannabis businesses can’t protect their intellectual property and build brand awareness through patents and federal trademarks—the latter is applicable if the application doesn’t involve a plant-touching side of the business.

In fact, marijuana and hemp businesses are rushing to file hundreds of federal trademark and patent applications, and it’s something many others should consider. Trademarks and patents not only can protect and enhance a brand, they can also increase the company’s value, experts agreed.

“If you really have something novel, then you should be persistent,” said Constance Finley, founder of Constance Therapeutics. The San Francisco-based vape and extract processor has won two federal patents, including one for a CBD-vitamin E combination. It also has several pending trademark applications to protect its wordmarks (design of the company’s name) and logos.

Finley said she talked with cannabis executives who essentially told her she was foolish to spend so much time and money to try to protect her intellectual property. But the effort has paid off, she said.

Constance Therapeutics now has patents in 20 countries, including Australia, Canada, Israel, members of the European Union and the United States. Finley estimates those patents have increased the value of her company by as much as $120 million.

The patents provide third-party manufacturers, distributors, retailers and supply-chain partners the certainty and incentive to promote products without worry of price erosion due to competitors offering the same goods.

Hoban Law Group patent attorney Kevin Fortin, who is working with Finley on an intellectual property strategy, said MJ and hemp businesses should look at it this way: “Trademarks insure your marketing dollars, and patents insure your product-development dollars. Both impact valuation when the wave of industry consolidation hits.”

Why should you patent something?

“If you have an invention that has value, offers a competitive advantage and you believe you might want to keep other people from using it, then it makes sense to patent,” said Vincent Capuano, a patent attorney with a specialty in cannabis for the Boston office of law firm Duane Morris.

A patent can be granted only for an invention that is “nonobvious” or novel.

Here’s the good news: The U.S. Patent and Trademark Office (USPTO) is not obligated by law to conform its patent procedures to U.S. Drug Enforcement Administration regulations and policy.

In other words, marijuana’s illegal status under federal law does not restrict the issuance of patents, Fortin said.

That’s understandable, because pharmaceutical companies historically have applied for patents before getting approval from the U.S. Food and Drug Administration, he noted.

A quick search of the patent database shows that the USPTO has granted dozens of cannabis-related patents for innovations involving CBD extraction methods, cannabis-derived topical treatments and hemp stalk processing.

Sometimes, applicants file broad claims that are narrowed down during a patent examination, Capuano said. Nonetheless, it’s possible to prevail, especially if you can show yours is a nonobvious idea.

Capuano wrote in a recent blog post: “Because cannabis is old and many of its uses are known, at least anecdotally, it will be important for inventors to present data—including human data—showing a superior effect or surprising result.”

In the case of combining two or more known substances, inventors often will need to show their combination achieves an unexpected “synergy,” Capuano said, which can be the case when the combined effect of two substances is greater than the sum of their individual effects.

Patent applications can be affordable for cannabis businesses, according to experts such as Capuano.

“It doesn’t have to be expensive,” he said. “You can file for a few thousand dollars.”

The key, he said: “Don’t have your lawyers do everything. You can do a lot on your own.”

For example, Capuano said, the actual inventor likely has more knowledge than a lawyer about why the invention is novel, including literature in the relevant field—such as prior journal articles or earlier competitive products. Doing that research yourself goes a long way in reducing legal fees.

Although much business these days is done by email, Capuano said that meeting a patent examiner in person can be helpful. The USPTO office is headquartered outside Washington DC, in Alexandria, Virginia.

“It can be an extremely effective technique to bring the inventor and an expert with you, sit in a small conference room in Alexandria and explain in person why it (the patent application) should be allowed,” Capuano said.

Unlike patents, which protect inventions, trademarks guard against consumer confusion. So, who should seek protection through trademarks?

“Anyone selling packaged products where customer recognition is important,” Fortin said. Think of it as protecting your brand.

The USPTO refuses registrations of plant-touching trademarks such as edibles, concentrates and particular strain names. However, the 2018 Farm Bill eliminated restrictions on registration of trademarks for hemp products, Fortin said. “Hemp legalization has opened the doors of the trademark office.”

Another potential bonus from legalization: A trademark for a hemp-derived product may be enforceable against marijuana products, Fortin said.

For example, say a company pops up in another state with a similar name and logo for a marijuana product. As a hemp business, you might be able to enforce your federal trademark against that company if there is likely or actual consumer confusion.

A word of caution, though: When companies brand hemp and marijuana products similarly, the trademark also may confuse customs agents and other authorities, leading to potential regulatory and legal issues when your hemp product is confused with federally illegal marijuana.

While companies may not be able to trademark plant-touching marijuana products, MJ companies are having some success trademarking their wordmarks and logos for non-plant items.

San Francisco-based dispensary The Apothecarium has won a number of trademarks over the years for wordmarks and/or logos related to clothing, business consulting services and its website.

“The idea is to create a fence, so if someone else comes along, you have the (protection) on a related good,” said Frank Herrera, managing attorney for H New Media Law in Miami.

Herrera cautioned, however, that enforcement of a trademark against another company might be curtailed if that other company uses the Controlled Substances Act as a defense.

Trademarks must be used in connection with goods or services that are in legal commerce, Herrera said. Since marijuana is still illegal federally, an accused infringer could argue that you have no legally enforceable trademark.

A cannabis business also may be able to achieve limited protection for its non-plant-touching marijuana products on a state-by-state basis through state registration, Herrera said.

A standard flat fee to hire an attorney to file a trademark application is about $2,000, Herrera said.

One can pay as little as $50 for a website search performed by an outside company, but, “You get what you pay for,” Herrera warned. “They’re mills, so I would stay away from that 100%.”

Trademark searches are deceivingly difficult. A simple Google search is not enough to determine whether your intended trademark is “clear” for use and/or registration, Herrera said.

Herrera said historically an individual or business would apply for a trademark and meet with examiners.

“But no one does that anymore—it’s all email and phone.”

And while Herrera said it does help to talk on the phone, some examiners may reject an application because of what you divulge during the call about your business. Applicants should expect the trademark office will visit their website to see how the trademark is being used, Herrera said.

A simple claim that you are using your trademark for “herbal smoking devices” can easily result in a Controlled Substances Act rejection, for example, if you advertise that your device can be used for smoking marijuana.

For a trademark application, Herrera said it can take about three months for an examiner to file the trademark office’s initial position on the application. An initial rejection is common because of the Controlled Substances Act.

After that, there might be a good deal of back and forth, which could involve amending the application before the trademark office takes its final action. Initial rejections are sometimes withdrawn.

Finley’s personal story is that she suffered greatly from a rare autoimmune disease for years. Prescription drugs, she said, only made her pain worse. Then, about a decade ago, she found relief from medical marijuana.

Finley, a clinical psychologist by trade who had become an entrepreneur, was fascinated by the science of cannabis, including the “entourage effect” of combining cannabinoids such as THC and CBD.

She was determined to develop effective combinations from cannabis plant extracts for medical conditions including cancer, seizures and chronic pain.

Protecting Constance Therapeutics’ intellectual property already has been a four-year journey, she said, but “the point of the story is that if you know you have something unique, do