Nancy Whiteman, co-founder and CEO of Colorado-based cannabis edibles company Wana Brands, was the talk of MJBizCon in Las Vegas in October.

Attendees were abuzz about a deal in which Canadian cannabis producer Canopy Growth agreed to pay $297.5 million in cash upfront for the option to purchase Wana.

The actual acquisition is conditional on the U.S. legalizing cannabis at the federal level.

The transaction raised some questions, however, including whether Wana had to wait to be paid the $297.5 million and what exactly was meant by federal legalization.

Whiteman said the Canopy deal made the most sense after studying different options for an exit strategy, including going public, teaming with a special purpose acquisition company (SPAC) for an initial public offering or courting private equity.

“This was a good fit to become part of something that was already established, that had deep resources, that shared our values,” Whiteman said.

“A partner that would help us grow – the kind of deal that I was looking for.”

MJBizDaily spoke with Whiteman about how the proposed acquisition came about, what she wanted in a partner and what this all means for the company in the near term.

So what made you want to pull the trigger on this deal?

I really was looking for a partner who shared that dual vision of the industry that it could be both an effective alcohol replacement and recreational option, and it could be a driver for good on the health and wellness side.

We found from our discussions with Canopy that we were very aligned on that front. We also felt that Canopy had a certain level of business maturity.

Then with the investment from (alcohol giant) Constellation Brands, they also bring that financial resource.

And through Constellation they bring a partner who is very skilled at building premium brands, who has a lot of nontraditional cannabis distribution in their ecosystem.

Then we looked at who looks like they’re doing some interesting things, long term, to win in the United States.

Obviously, Canopy has made other investments, not just Wana. They have a similar relationship with Acreage; they’ve made a significant investment in TerrAscend.

It really just seems like a very good fit for us.

Canopy said the proposed acquisition is conditioned on “federal permissibility of THC in the U.S.” What does that exactly mean? Is that as soon as there’s a vote, or do regulations have to be in place?

You know, I’m going to have to leave that to greater legal minds than mine.

I don’t know exactly what that they will need in terms of what needs to be in place regulatorily or a vote or whatever, to feel comfortable exercising the option.

Why structure the deal on that conditionality? Why not just sell right now?

So, Canopy is dual-listed. They’re listed both on the Toronto Stock Exchange (WEED) and on the Nasdaq (CGC).

Does it change the way that you operate – now that Canopy is involved?

This has only been a couple of weeks. But I have to say that I’m delighted with how things are shaping up.

We remain an independent company. So it’s not a situation where we need their permission to make various decisions.

And that’s what we’re focusing on right now, getting to know each other more deeply and to look for those opportunities that make sense today, even prior to a full acquisition.

Have you or Wana already received the upfront $297.5 million cash payment from Canopy? And if you have, do you have plans for it right now? Are you going to reinvest back into the business?

The simplest way to explain that is that Canopy really cannot make a direct or indirect investment into Wana.

And if I were to take the money and reinvest it into Wana, it would be actually an indirect investment on Canopy’s part into Wana.

So no, I am precluded from reinvesting that money back into Wana.

But you have received the cash payment when the deal was struck?

What about up in Canada? Anything in the near future that you’re doing up there?

We do have some new products that are going to be launching in Canada. So that’s going to be exciting to continue our journey up there.

We are, by far, the leading edibles company in Canada.

How about any other international markets outside North America?

I’ve been having a lot of discussions with people recently.

But as you probably know, from your business, markets are at various stages of readiness, right?

A lot of these conversations will take a long time to come to fruition. But I think there’s always wisdom in starting to build relationships early and starting to get a lay of the land early.

And that’s kind of how I would describe what we’re doing right now internationally.

And certainly, Canopy does have international relationships as well. So that might be an area for opportunity for us as well.

So what’s next now after this for you? Is it business as usual for a while?

It is mostly business as usual. I’m remaining as the CEO. I remain the owner of the company, because this was an option to acquire, not an acquisition.

So we’re executing on our two major strategies, which we were executing on a month ago, and we’re going to be executing on for a long period of time, which is to get to the best markets quickly, and to focus on innovation and focus on R&D, and next-generation products.

Well, it doesn’t sound like you’re just going to be sitting on a beach with an umbrella in your drink.

No, no rest for the weary.

Cannabis sales in Canada eke out another monthly record in September 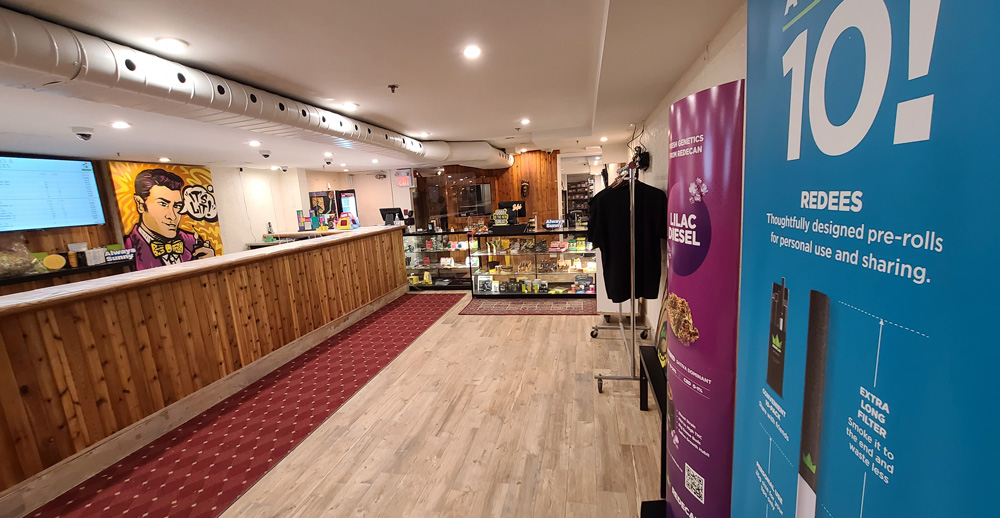