New York’s health department announced Tuesday it has doubled the number of medical marijuana businesses from five to 10, despite a pending lawsuit aimed at preventing such a move.

The increase in licenses makes the question at the heart of the suit even more pertinent: Can the state support its MMJ industry?

The new license holders enter the New York market believing they’ll be able to build the patient pool when they’re up and running, likely in early 2018.

ADVERTISEMENT
However, industry observers say the real stumbling blocks are lack of physician participation and promotion of the program by the state, not competition from other dispensaries, as the suit alleges.

There are more than 25,000 certified patients in New York’s MMJ program, according to the health department, but only a little over 1,000 medical practitioners are registered to write recommendations for them.

The state has tried to grow both groups by adding chronic pain to its list of treatable conditions and allowing nurse practitioners to recommend cannabis as medicine, among others.

“The growth trajectory has really changed,” said Eric Sirota, co-CEO of Fiorello Pharmaceuticals, whose dispensaries will be situated in four counties – New York (Manhattan), Nassau, Monroe and Saratoga. “We believe the addition of five additional registered organizations is going to further accelerate that growth.”

With about 20 million residents in the state, Sirota believes there’s a grand opportunity for both the existing and new license holders – especially with the significant increase in the patient pool he’s seen in the past four months.

Sirota disagrees that the five new licensees will have a negative impact on the state’s industry.

“The market is growing quite substantially,” he said, “and I believe the introduction of five additional organizations will only further fuel that growth.”

He envisions more product innovation and lower prices resulting from more business entities in the market, and the state concurs.

“Our goal is to establish medical cannabis as an effective and well-accepted therapeutic option within the mainstream medical community,” said Sirota, a former executive at pharmaceutical giant Pfizer.

Sirota plans to use his experience in the pharmaceutical industry to focus on certain areas to help grow the New York market.

His objectives, while branding Fiorello as a pharmaceutical MMJ company, are to:

“We believe it will help drive additional growth within the market along with the efforts of the new market entrants,” Sirota said.

That’s all fine, said one industry observer, but the real bottleneck in the program is the lack of physician participation.

“I don’t think it would matter if you had one or 100 (licensed businesses). The issue is that not enough doctors are on board and recommending marijuana as an alternative for treatment,” said Matt Karnes, founder of New York-based GreenWave Advisors, a financial research and advisory firm for the cannabis industry.

Then there’s the lawsuit filed by Etain, MedMen (formerly known Bloomfield Industries), PharmaCann and Vireo Health of New York, who are seeking to keep new MMJ companies from entering the market.

A ruling isn’t expected until September, said Patrick McCarthy, spokesman for the Medical Cannabis Industry Alliance of New York. The organization represents the four plaintiffs and the other original licensee, Columbia Care, which isn’t involved in the suit.

“It’s no secret the current license holders aren’t making money,” said McCarthy, whose clients have been re-registered for two more years. “Supply has not been the problem; it’s been demand. There hasn’t been sufficient promotion for patients and physicians and nurse practitioners.”

McCarthy attributes the small market to a lack of promotion through advertising by the health department.

Another hurdle, McCarthy said, has been a lack of information about participating physicians. He noted, however, that a few months ago the state published a list of doctors who could recommend medical marijuana.

To Karnes, those problems are compounded because New York doesn’t allow edibles or smokable flower, thus lowering interest in the program.

He’s also concerned about patient access and where the new dispensaries will be located.

Sirota plans to take advantage of a recent addition to the MMJ program by the state: home delivery.

He believes transporting medical marijuana to patients would help combat the black market, which largely thrives from offering deliveries in New York City.

Couple delivery with legal products, Sirota said, and “you can be assured of the quality you’re getting.”

Even though the five new licensees face plenty of potential hurdles, Sirota remains “very bullish on the New York market.” 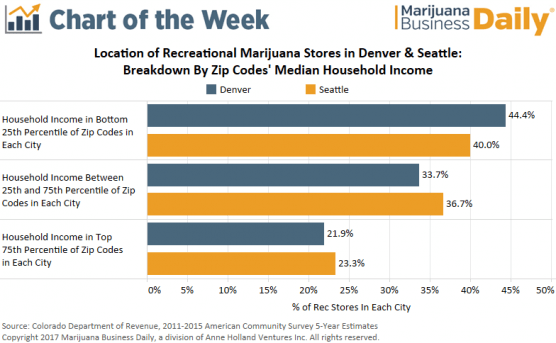