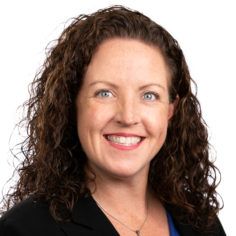 (This story and headline have been updated to note that North Dakota’s adult-use marijuana ballot measure was projected to lose by major news outlets.)

North Dakota voters defeated a ballot measure that would have authorized the state to create an adult-use marijuana market.

With 100% of the votes counted, Measure 2 failed by a vote of 55% to 45%, according to the North Dakota Secretary of State’s office.

This vote was seen as a test of whether residents in a deep-red, Midwestern state would approve recreational marijuana.

According to MJBizDaily projections, an adult-use market could have generated as much as $100 million during its first year of operation and up to $285 million in its fourth year.

Incumbent U.S. Sen. John Hoeven, a Republican from Grand Forks, easily won a third term in the Senate, the congressional chamber that, up until now, has been responsible for stymieing marijuana reform bills.

Hoeven has spoken little about marijuana reform, but in 2019, his office released a statement that read: “While the senator does not support legalizing recreational marijuana, he has voted to protect the implementation of North Dakota’s medical marijuana laws and will give careful consideration to any similar measures that are brought before the Senate.”

U.S. Rep. Kelly Armstrong also won re-election to Congress, where he has served as North Dakota’s at-large representative since 2019.

While he has stated publicly that he opposes recreational marijuana, Armstrong co-sponsored the SAFE Banking Act in 2019 and 2021 as well as the STATES Act in 2019-20.

In 2022, Armstrong voted no on the MORE Act and yes on the Medical Marijuana Research Act.

Kate Lavin can be reached at kate.lavin@mjbizdaily.com.