(This is the second in a two-part look at marijuana-related bills introduced in Congress this year. You can read the first article here.)

Marijuana reform appears to be gaining steam in Congress this year, although the passage of any pro-cannabis legislation remains an open question and most bills appear to face long odds.

So far, a baker’s dozen of bills are waiting for committees to hold hearings on their merits in the House and the Senate.

ADVERTISEMENT
Lawmakers from both parties have introduced legislation that covers everything from banking to taxes.

The wide-ranging measures mean lawmakers will have plenty of chances to tweak federal laws to catch up to the states that have legalized medical or recreational cannabis in recent years.

Historically, cannabis legislation has fared poorly in Congress, and this year may prove no different. At the same time, however, the 2016 election increased the number of lawmakers from states that have legalized medical or recreational marijuana.

“Whether or not one of these or all of these makes it to the president’s desk, I’m not sure. But they’re helpful in terms of showing the broad support there is for marijuana reform,” said Michael Collins, deputy director of the Drug Policy Alliance (DPA). “There’s almost too many marijuana bills out there. It’s a good problem to have.”

In past years, most cannabis reform bills have perished in committee, never reaching the floor of the House or Senate.

A case in point: the 2015 CARERS Act, which was hailed at the time as a victory for bipartisan acknowledgement that federal marijuana laws are woefully out of date. The bill would have opened up banking services, undercut ongoing prosecutions and allowed research into the medicinal benefits and drawbacks of marijuana use.

But the legislation failed to receive even a committee hearing.

Why? The generally accepted reason is because the chairman of the Senate Judiciary Committee, where the CARERS Act was sent, is Iowa Republican Chuck Grassley, an outspoken opponent of marijuana.

The same is true for the House Judiciary Committee: Virginia Republican Bob Goodlatte chairs the panel, and he’s developed a reputation similar to Grassley’s.

“Both of them are Republicans from states that don’t have full MMJ laws, so they’re less incentivized to do something” on general MJ reform, DPA’s Collins said.

While committees may again prove the death knell for marijuana bills this Congress, some cannabis policy wonks are hopeful specific reforms may have a better chance than in years past, in part because seven states legalized medical or adult-use marijuana in last November’s election.

About 20% of Americans now live where adult-use cannabis is legal. And about 60% reside where MMJ is legal.

“I think the 280E fix probably has a pretty good chance of becoming law this year,” said Bob Capecchi, director of federal policies for the Marijuana Policy Project (MPP), referring to the Small Business Tax Equity Act. “It plays well with the pro-business agenda within the Republican Party, and there are a lot of people on the hill who get the inequity of that provision.”

Capecchi and Collins also noted there’s a good chance the Rohrabacher-Farr Amendment will be extended or renewed before April 28, when it expires along with the rest of the federal budget. (The legislation will soon be renamed the Rohrabacher-Blumenauer Amendment, because Rep. Sam Farr retired from Congress last year.)

That one amendment is probably the best bet for any real action in the near future. But that doesn’t mean another bill couldn’t come together down the road.

Federalism a plus for cannabis

“I would think that in this political climate, if anything is going to move, it’s going to be some kind of hodgepodge of the Respect State Marijuana Laws Act,” the MPP’s Capecchi said. “The federalism aspect is probably, for this particular Congress, what spurs the change and gets things moving ultimately. But I can’t see something becoming law that doesn’t impose some sort of federal oversight on marijuana businesses in states where it’s legal.”

For instance, Capecchi noted that Virginia Republican Rep. Tom Garrett’s bill to end federal marijuana prohibition – while it’s a goal that most cannabis businesspeople would agree with – doesn’t include any provisions to set up federal oversight. That means it’s more of a political longshot, despite having a Republican sponsor.

In terms of other legislation, Capecchi and Collins agreed it’s too early to tell if any measure has a solid chance of getting all the way to President Trump’s desk. Moreover, there could be many more marijuana-related bills to come.

Realistically speaking, however, the vast majority of marijuana reforms will probably get resigned to the dustbin of history, including most, if not all, of the 13 bills submitted to date – a number that doesn’t include the Rohrabacher-Blumenauer Amendment.

“It is a tough road to pass marijuana policy legislation in both chambers right now, just because the people who hold the gavels in the various committees where these bills are assigned aren’t necessarily friends (of cannabis),” Capecchi said.

As Collins put it, “It’s always challenging to move any piece of legislation through Congress. These guys can’t even name a post office these days.” 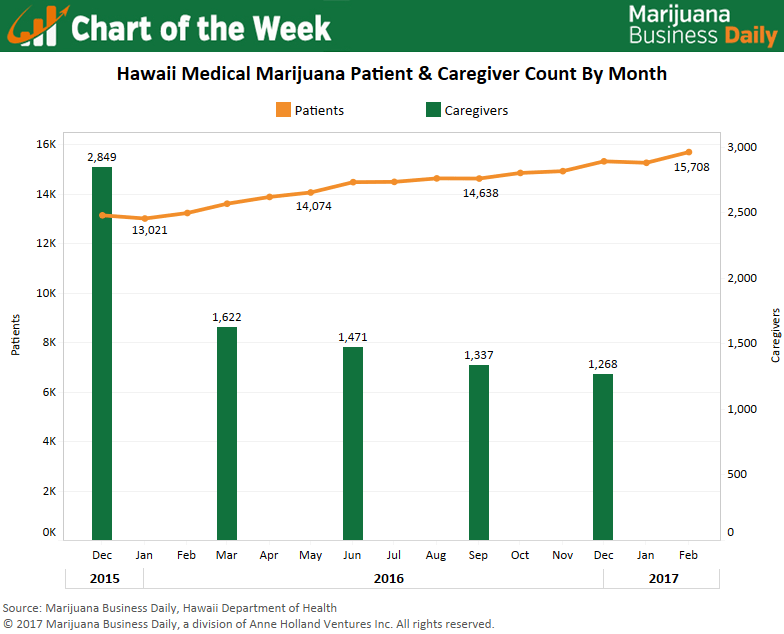