A bill introduced this week in the U.S. Senate could have far-reaching implications for the cannabis industry, if the measure somehow reaches President Barack Obama’s desk.

Insiders admit that the bill faces an uphill political battle in Congress, despite the political momentum marijuana activists have been riding in recent years. Yet many view it as progress regardless, simply because it is the first comprehensive regulation proposed in the U.S. Senate instead of the House of Representatives.

The remarkably short 10-page bill reconciles many of the contradictions between federal and state laws regarding MMJ. It opens up banking services, undercuts ongoing prosecutions, and allows research into the medicinal benefits and drawbacks of marijuana use.

Here’s a closer look at the measure and its potential ramifications.

“The foundation of the bill is Section 2, which is federalism and drug policy, which says, if you’re in a medical marijuana state and what you’re doing is legal under state law, then the entire CSA doesn’t apply to you,” Riffle said.

A major portion of the bill that has garnered a lot of media attention is that it moves marijuana from the Drug Enforcement Administration’s Schedule I to Schedule II, to both allow easier access for scientists to perform research on MMJ and protect businesses and patients from prosecution.

ADVERTISEMENT
Though much has been made in media reports of the importance of rescheduling cannabis, Riffle contended that it’s a trifle compared to the real guts of the bill.

“If you’re in Colorado and you’re a medical store, or if you’re in Arizona or Illinois or any other state, and you’re in compliance with state law, then marijuana isn’t a Schedule II drug to you. It’s an unscheduled drug, period, because the whole CSA doesn’t apply to you,” Riffle said.

That could be a relief for many current dispensary owners, because the legal standard has long been that only  licensed pharmacists are allowed to dispense Schedule II drugs.

“That was weighing pretty heavily on my mind,” said Andy Williams, owner of Medicine Man Denver, which sells both medical and recreational cannabis. “I have to say, it was making me scared. I was wondering if this was somebody’s way of shutting the industry down on the fly.”

Another shot at banking

The bill could also break the dam when it comes to banking access. If the bill passes as currently written, it would prohibit federal regulators from penalizing financial institutions that deal with cannabis companies.

Although there have been guidelines issued by the federal government in an attempt to pave the way for marijuana firms to obtain financial services, most of the largest banks in the country have still been reluctant to work with the industry. That could all change if the bill is victorious.

“It’s a huge deal,” said Williams. “If that opens up, we’re going to be walking into banks with financials that would make other businesses drool.”

Williams said such a breakthrough could also open up a lot of capital for possible investments across the country, as well as conceivably lower the interest rates many cannabis companies currently pay for loans. That, in turn, could lead to more widespread mergers and acquisitions, along with national growth for larger cannabis firms.

“Blue chip companies, they’ll be rushing to get into the game if that does occur,” Williams predicted.

But it’s not necessarily that simple, said Paula Givens, the CEO of Industry Assurance and Oversight.

Even if the bill ultimately becomes law, Givens said, it’s not as though banks will begin rushing to provide services to cannabis companies.

“What it still doesn’t do is remove the high-risk nature of the business,” Givens said. For example, though banks are legally allowed to work with industries who do lots of business in cash such as pawn shops or the pornography industry, they often won’t, “because of the potential for money laundering,” Givens said.

The bill would also solve the troublesome 280E tax code problem for MMJ companies, though not for rec vendors, said Riffle.

Arguably the biggest drawback of the measure is that it only tackles MMJ laws, and doesn’t address recreational cannabis. Riffle called that aspect of the bill “disappointing.”

Despite the bill having bipartisan sponsorship, with Republican Sen. Rand Paul of Kentucky as perhaps the most well-known backer, it’s still anyone’s guess as to whether the bill will even get a full up-or-down vote on the floor of the Senate. None of the three sponsors, including Sens. Cory Booker, D-NJ, Kirsten Gillibrand, D-NY, and Paul, are on the committee that the bill has been assigned to.

“Not this year. Not this Congress. Not this chairman,” Sterling said.

After being introduced on Tuesday, the measure was handed to the 20-member Senate Judiciary Committee, which is chaired by Sen. Chuck Grassley, an Iowa Republican who has been an outspoken opponent of marijuana reform laws.

“If Sen. Grassley does not schedule the bill for a hearing or for a vote, it won’t happen,” Sterling said.

Grassley has already told The Des Moines Register that he opposes moving cannabis from Schedule I to Schedule II, which isn’t a good sign for the bill’s chances. Grassley did say in the same statement, however, that he supports more medical research on marijuana.

Another senior member of the committee is Sen. Dianne Feinstein, a California Democrat who has also long stood against marijuana legalization despite her state being the first to legalize MMJ.

On the flip side, another committee member is Sen. Ted Cruz, a Texas Republican who recently got a good round of applause at the Conservative Political Action Conference when he said he thinks states should be allowed to set their own marijuana policies.

Which means there could be a small but distinct window of opportunity for the bill.

“It could be that the political foundations of prohibition have been so undermined that behind the closed doors, there are enough senators who are now going to have to confront this issue…that they can go to Grassley behind the scenes and say, ‘I want this bill to go to the floor,'” Sterling said.

If that happens, then there’s no telling what fate the bill might meet. 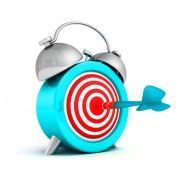