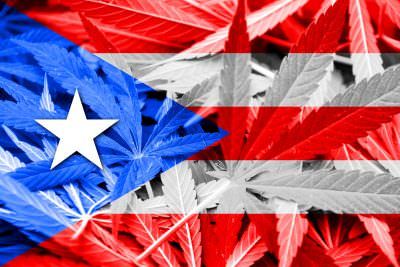 One year after legalizing medical cannabis, the number of patients registered in Puerto Rico has surpassed 20,000, signaling that the industry has regained the momentum lost after last year’s devastating hurricane season.

Mercado appeared before the Senate this week to address questions from the Commission on Federal, Political and Economic Relations, according to Puerto Rico’s Inter News Services.

The commission is scrutinizing the medical cannabis industry.

ADVERTISEMENT
Puerto Rico Gov. Ricardo Rosselló Nevares also took to Twitter to unveil the next stage of cannabis regulations on the island.

The governor said patients will be the primary objective of public policy, while also noting the economic impact the industry has had on Puerto Rico.

“Over 20,000 jobs this industry has generated will be protected,” Nevares said, “and new jobs and investment will be added.”

Green Spirit Industries, headquartered in San Juan, is rolling out plans to capitalize on the industry.

“Maria definitely impacted the industry in dramatic ways, slowing down progress,” Gustavo Pinto, vice president of the company’s Puerto Rican operations, told Marijuana Business Daily. “Now, however, things are returning to normal, product is available, and we are looking forward to serving patients of Puerto Rico in the near future.”

“From what we understand on the ground here, the demand is very strong,” Pinto said.