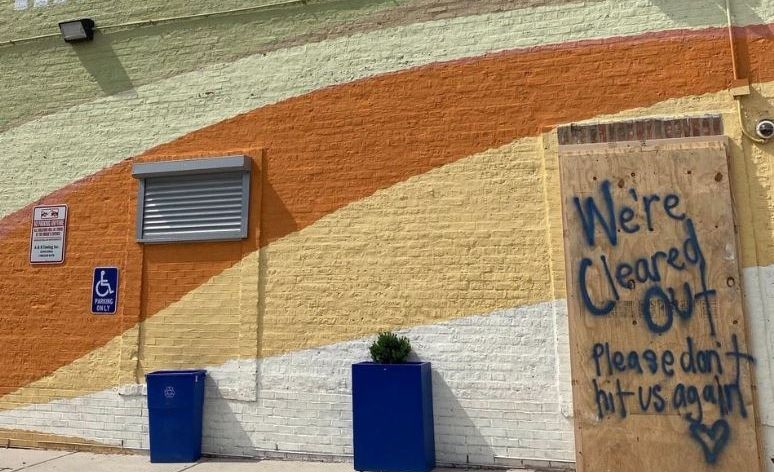 The Mission Dispensary on the south side of Chicago sends a message to potential looters after a May 31 break-in at the store. (Photo courtesy of Nicole Cordero)

Robberies and looting that targeted cannabis retailers during the recent nationwide protests over the death of George Floyd have upended the marijuana supply chain in several markets, at least for the near future.

The shuttering of damaged retail stores is slowing or stopping altogether the flow of sales for producers and processors in some markets, which could lead to a stockpiling of product and falling wholesale cannabis prices.

“The whole supply chain has been disrupted and attacked,” said John Oram, CEO of Nug, a vertically integrated cannabis company with several locations in California.

“You can’t operate out of a lot of these smashed stores.”

Some markets, however, are less affected and continue to report strong demand for flower and other products – despite the store closures.

ADVERTISEMENT
Dozens of cannabis retailers across the country were robbed in the early days of the protests after Floyd’s death in Minneapolis on May 25 while in police custody.

Some retail outlets were gutted to the point where it will take several weeks before they can reopen. Losses among retailers are estimated to total millions of dollars.

The Philadelphia metropolitan area as well as Chicago and the San Francisco Bay Area were among the regions badly hit by organized criminals who were taking advantage of the police focusing their attention on protests.

Pennsylvania medical marijuana retailers were hit hard by robbers, particularly in the urban areas of Pittsburgh and Philadelphia. At least half a dozen stores were targeted, and a few will be out of operation for weeks.

There was strong demand for flower in Pennsylvania before the damage caused during the protests.  As a result, MMJ cultivators should still be able to find retailers to buy their product throughout the rest of the state.

Michael Perlman, executive vice president of investor relations and treasury for Jushi Holdings, said his company’s stores in the Philadelphia area were damaged to the tune of six-figure losses and will be closed for the next couple of weeks.

He added that there’s too much demand for product in Pennsylvania for this to have a lasting impact on the medical marijuana supply chain.

“If anything this market has been flower short, so I don’t foresee that being a problem,” he said.

Deliveries that were originally destined for dispensaries in urban areas have been rerouted to other, calmer areas.

Keystone had been offering curbside pickup for patients but discontinued that service out of concern for both customers and workers.

“We wanted to make sure our staff felt safe,” Guadagnino said.

Also, the sales volume at Keystone has decreased since the beginning of the COVID-19 outbreak, when consumers began stockpiling medicine.

One challenge for affected retailers: The stores that were severely damaged will take time and money to rebuild.

Once the dispensaries are repaired, it will take even longer for state regulators to inspect the premises and approve any reconstruction. State inspectors must sign off on any structural changes that are made to a dispensary.

The damaged stores will mean reduced access for customers, who either must travel much farther for cannabis or seek alternative sources, such as the illicit market.

“All this did was create a bunch of damage and interrupted people’s access to medicine,” said Andrew Blasco, executive director of the Pennsylvania Cannabis Coalition.

Fewer stores than before

A lack of retail outlets to sell cannabis into was a major bottleneck in the California supply chain even before the protests. The looting and destruction of stores has only made the situation worse.

“None of this was due to the protesters themselves,” Fonseca said. “People saw there was something going on somewhere. They were opportunists.”

All of the stores are back up and running after being repaired. Fonseca said he’s spent $18,000 just on boarding up windows to keep them protected.

Other stores in the area also were looted, and some of those businesses have multiple licenses, including to grow and manufacture. That could have a noticeable impact on the supply chain.

If suppliers can’t keep up because of stealing or looting targeting their facilities, then that’s where the supply chain will break down, according to Fonseca.

Oram pointed out that the entire supply chain has been disrupted.

“Large major retailers – MedMen, Cookies, ourselves – that have strategically positioned themselves in big metro markets are being crushed,” he said.

Oram added that Nug is fortunate it can operate out of its two stores that remain open.

He estimated that 25%-30% of California’s retail market is already closed, either temporarily or permanently, with only about 300 retailers open across the state.

In Illinois, the cultivation facilities are located far away from urban areas, which has prevented them from being targeted by looters.

“In that respect, the supply chain should be OK” in Illinois, said Kris Krane, owner of the Mission cannabis retail store on the south side of Chicago.

To Krane,the bigger issue is access. Dispensaries in the Chicago metropolitan area were closed for days.

“So I’m more concerned about access for patients and customers than there being a real problem with supply,” Krane said.

He did say, however, the looting might have something of a “trickle-up” effect.

His company isn’t ordering any product for the foreseeable future from producers and processors. It might be only a few weeks, but it could be a couple of months before he orders more.

“There’s so much we have to work through, with insurance and getting custom security doors and there’s just a lot we need to figure out … before we can feel confident about when we’re reopening,” Krane said. 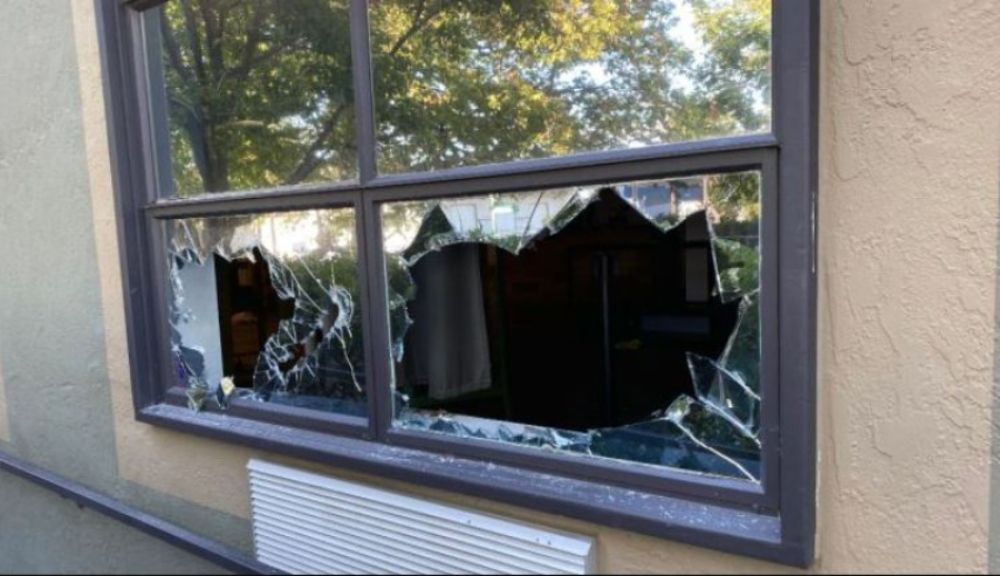 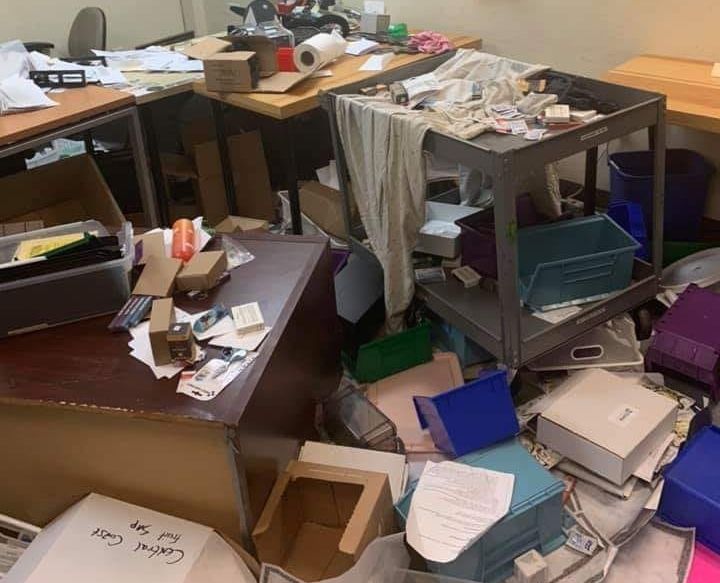