Some of the damage inflicted by looters on Nug properties in late May. (Photo courtesy of Nug)

The financial toll inflicted on the legal marijuana industry by dozens of burglaries and looting since last weekend is easily stretching into the millions of dollars, leaving some businesses unsure about the future and whether their operations can survive.

According to media reports, more than 40 marijuana companies across the country have suffered an array of vandalism, burglaries or looting.

The criminal incidents – which have occurred during nationwide protests over the death of George Floyd in Minnesota – began last weekend and, in some instances, have recurred throughout the week.

Several business owners believe the damage was done by professional criminals versus protesters. Some fear the attacks will continue.

ADVERTISEMENT
The fallout for marijuana retailers – some of which also have grow operations – has varied widely.

Some businesses were open the day after they were broken into. Others remain closed indefinitely for repairs.

National marijuana retail chain MedMen, for instance, closed all its shops nationwide earlier this week after two of its Southern California stores were looted, a company spokesperson confirmed Thursday. There’s no date for reopening any of them.

Some retailers suffered only cosmetic damage, though it could cost a few thousand dollars to repair.

Meanwhile, others lost millions in inventory and aren’t yet sure how much of the losses will be covered by insurance – if at all, given marijuana’s illegal status under federal law.

Some open, some closed

Take vertically integrated California operator Nug, for instance, which has five outlets – one retail each in Sacramento and San Leandro as well as three cultivation facilities.

All five locations have been targeted every night since May 29, Nug CEO John Oram told Marijuana Business Daily, and the company’s losses have reached at least in the low millions, not including property damage or lost sales hours.

“How can any company survive such a big hit?” Oram asked hypothetically, confirming his worries that Nug might not be able to weather this storm.

“We’re under siege. We’re still getting attacked every night,” he said Wednesday.

“We come in every morning, we weld the doors shut, we put up new fencing, we repair the broken windows from the previous night, then we let the night happen and then we come in the next morning and we do it again.”

Oram said his team isn’t prepared to calculate the time it needs to estimate losses, much less begin insurance paperwork to recoup whatever it can.

But Nug’s two retail shops have remained open for business, Oram said, with a vastly reduced inventory and battered storefronts that have boarded-up windows and doors.

“For over 10 years, my team and I have been building a top-10 brand in arguably the largest cannabis market in the world, and to see it crushed in 24-48 hours is just heartbreaking. I want to cry,” Oram said.

For some, such as California-based brand Cookies, the financial toll has been set aside for now in favor of prioritizing a social justice message, in solidarity with the protesters who have been turning to the streets every night over George Floyd’s death.

“For us, right now, the cost of those damages are far from the top of our mind,” said Crystal Millican, vice president of retail for Cookies.

She added that both of the company’s shops that were damaged over the weekend – in Los Angeles and Oakland – are already operational again.

The priority for Cookies leadership is supporting awareness of institutional racism, Millican said.

Another hard-hit shop was Mission, on the south side of Chicago, where owner Kris Krane said the retail outlet will be closed for at least several weeks, if not months, to repair damages.

The Chicago Tribune reported earlier this week that every dispensary in the city was shuttered indefinitely to prevent further looting and to allow the businesses to clean up.

“My hope is we’ll be back open in three weeks or so from now, but we just don’t know,” Krane said.

“There’s so much we have to work through, with insurance and getting custom security doors and there’s just a lot we need to figure out … before we can feel confident about when we’re reopening.”

Krane said he has no idea what the financial toll will prove to be, but he believes the company’s insurance should cover most, if not all, of the losses.

Still, he admitted, there have been plenty of battles with insurance carriers in the past when it came to paying out claims for marijuana businesses.

“When it comes time to actually pay out, the actual insurance companies will say, ‘This is something that’s federally illegal’ and they’ll fight you based on technicalities,” Krane said.

“There’s a long history of this in the cannabis industry.”

The bottom line: Mission’s losses will be “impactful” but not “meaningful” to the company’s overall finances, Krane said, indicating his business isn’t in the same boat as Nug’s.

In Boston, Pure Oasis lost roughly $100,000 in inventory when the shop was broken into late Sunday, said director of operations Mike Whittaker.

“Really, all that was broken was a window and a door,” Whittaker said. “This wasn’t your typical loot-and-smash type deal. It was break in, get the product and get out.”

And the retailer was open for business the next morning with almost no interruption in operations, he said.

He believes insurance should cover all of Pure Oasis’ losses but acknowledged the process has yet to begin. The company was still awaiting a formal police report as of Wednesday.

All three business executives who spoke with MJBizDaily – in California, Chicago and Boston – agreed their shops were not looted by angry protesters but were targeted by criminals who had planned the break-ins.

That would fit with a wider industry narrative that most of the burglaries were systematic and not the result of angry mobs run amok.

“It was definitely a targeted attack,” Whittaker said. “Nothing else in the area directly near us were directly harmed … so these people definitely knew what they were coming in for.”

Some believe the incidents aren’t over and could continue as long as the George Floyd protests continue.

Oram said he’s apprehensive about the coming weekend, especially given that attempted break-ins have been happening every night at Nug and preventative measures haven’t helped.

“It has been effective in slowing them down, but … they came back with angle grinders and huge long pry bars and were able to grind and break welds. So they’re sophisticated and ready,” Oram said.

“… The word on the street is that Friday and Saturday are going to be another big one. So I’m demoralized.” 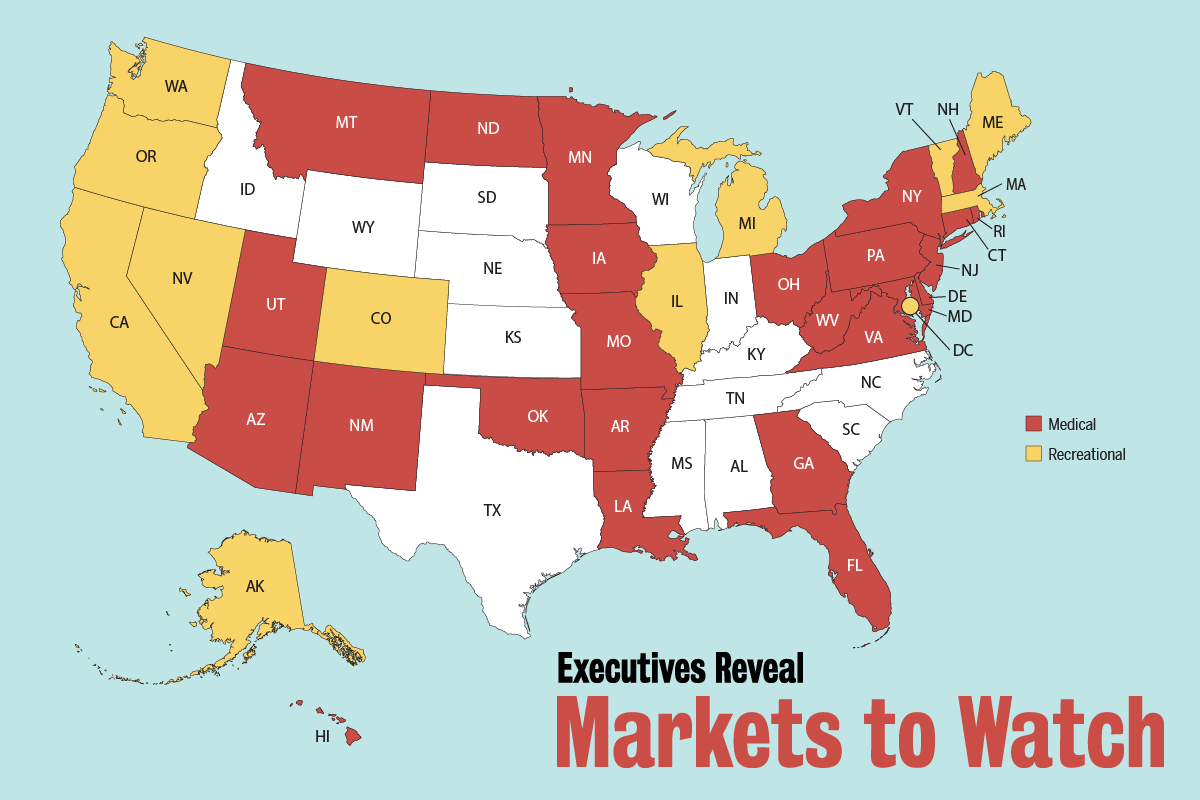