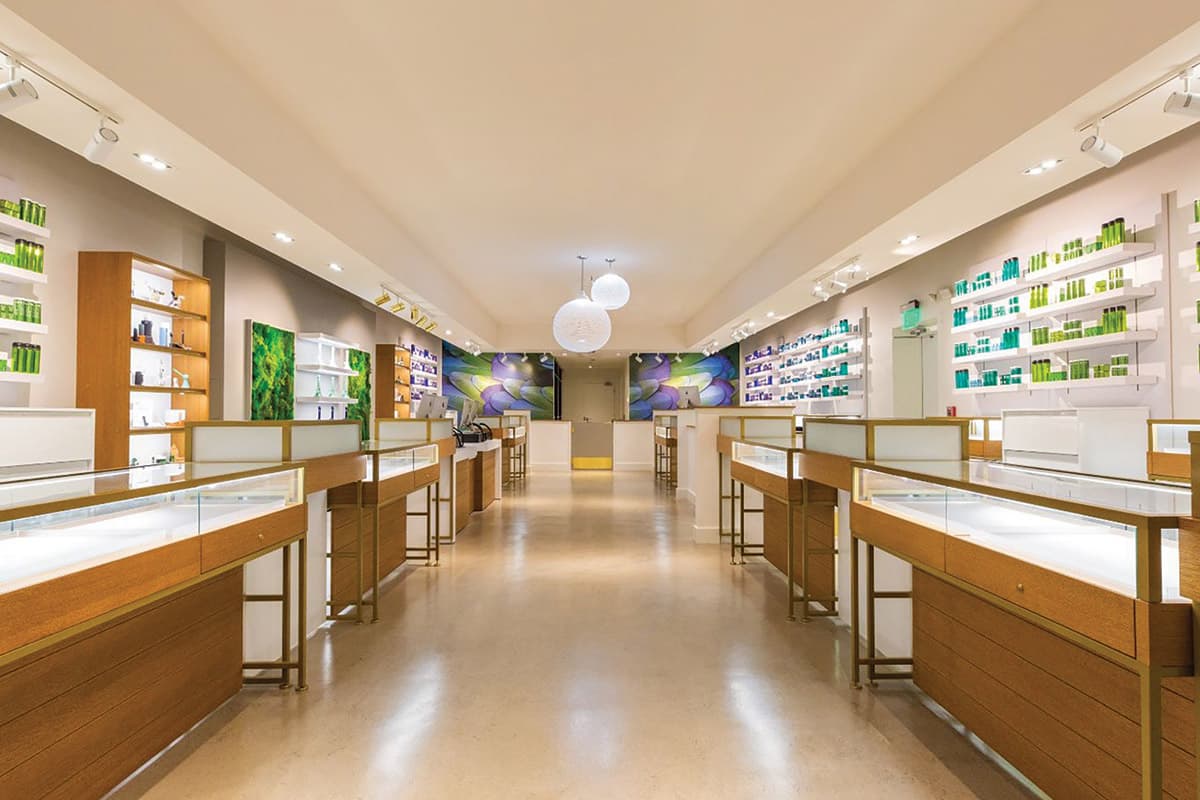 Holistic Industries' retail stores, such as this one in Somerville, Massachusetts, operate under the brand name Liberty.

In 2002, Jake Van Wingerden bought 45 acres of land that included a 60,000-square-foot greenhouse in Earleville, Maryland, where he started Tidal Creek Growers. The company produces bedding plants that are sold at local and national gardening centers, including Home Depot and Lowe’s. Today, Tidal Creek has 620,000 square feet of heated greenhouse plus 17 acres of shade houses and outdoor fields between two facilities.

Now, Van Wingerden is replicating his scaling act, this time with cannabis flower. His company, SunMed Growers, was one of 15 cannabis businesses to win a cultivation license in 2016. It started with roughly 70,000 square feet of greenhouse but is well on its way to a half-million square feet.

“We have always taken the business approach of being the Budweiser brand. Plentiful, fully available, reasonably priced and good-quality products. There are other players in the marketplace that are artisanal, handcrafted, top-shelf products. That’s not us. SunMed is about scale and volume and reasonable prices,” Van Wingerden said, noting that the company sells anywhere from 500 to 700 pounds of biomass per week. “My motto is, ‘I’d rather make a little on a lot than a lot on a little.’”

Van Wingerden intended to scale SunMed from the get-go and started with a detailed master plan that laid out the final size of the facility. It included locations for the greenhouses, offices and rooms for drying, curing and processing as well as electrical and plumbing configurations.

“We did our site work, utilities and underground to accommodate that master plan,” Van Wingerden said. “We laid out a half-million square feet from Day One.”

The company has raised the capital for Phase 3—a 250,000-square-foot build-out—and started the permitting and engineering work. “We intend two years from today to be at a half-million square feet.”

Van Wingerden based the size of his facility partly on the speed at which Maryland’s medical cannabis program was growing and partly by looking at other states.

“When we turned on the facility from Phase 1, we immediately entered a marketplace that was rapidly growing,” Van Wingerden said of Maryland. “The patient count and the monthly retail sales count, it seems like every year or  18 months it doubled.”

When looking to other states for comparisons, Van Wingerden focused on Arizona’s medical market because of how the program was designed, the way patients were signed up and the way businesses were distributed across the state.

“If you watch Arizona’s marketplace, it’s grown exponentially—much faster and much larger than anybody anticipated. And so that gave me a lot of confidence in making decisions to scale because it takes two years to do these projects,” Van Wingerden said. “Those decisions two years ago are what’s happening today in the business. And it was a great decision because the increased production that we have right now is being sucked up by our marketplace. It’s like a dry sponge.”

He also expects Maryland to open a recreational cannabis market similar to the one Arizona launched in January. “The risk of building additional production space is less because we know the recreational market is on the horizon,” he said.

While Van Wingerden started with a detailed plan for his multiphase scaling project, he wasn’t afraid to change things midstream, depending on what he learned from one phase to the next. After growing in their Phase 1 facility for about 18 months, SunMed “learned all sorts of lessons” in areas such as irrigation, space utilization and lighting.

For example, SunMed started with conventional, high-pressure sodium lights, which are inexpensive but cost more long term versus LED lights that are more expensive but create savings in energy bills.

“We took those lessons that we learned and made changes to our Phase 2 design. And once we put Phase 2 into service, we went back and retrofitted Phase 1,” he said.

“We’ve also made changes to our fertigation practices after a lot of trial and error. … We started out with an ebb-and-flood, sub-irrigation system, which did not work for us. So we went to a top-down dripper system,” Van Wingerden said.

And because Maryland gets very hot and humid in the middle of the summer, SunMed upgraded its HVAC systems.

Delays and cost overruns are perpetual problems when scaling, but the coronavirus pandemic has made them worse, Van Wingerden said.

SunMed was in the middle of construction when COVID-19 hit and the federal government enacted travel bans that prevented Van Wingerden from importing the Dutch-style greenhouses and equipment that he favors from the Netherlands. Additionally, the Dutch workers who assemble the turnkey facilities were unable to come to the United States as planned. While travel restrictions were eventually lifted, the delays were a setback.

Van Wingerden also said construction materials prices have “gone through the roof” in the past year, driving the cost of expansion even higher.

“We’re seeing 30% and 50% increases from just two years ago on steel and aluminum pricing. And we’re seeing those costs increase every month right now. If someone’s looking to start a project, my recommendation is budget 30% more than what you think it is. Because things are not getting cheaper,” he said.

Van Wingerden also warned of “a cannabis premium associated with construction. Most of the people that you deal with are savvy enough to know that the product you’re growing has a very high profit margin. So they’re adding 20% to 30% to their price because they can get it. That’s definitely a factor in the marketplace. I operate on both sides of that coin.

“Those delays were definitely a large hit for us,” Van Wingerden added. “But we pushed through it, because the demand for medical cannabis was also surging at the same time—all over the country, as well as in Maryland. So we pushed to the finish, and it definitely cost more than we budgeted, longer than we budgeted.”

Another issue when scaling is security and compliance. There are contractors “all over” the construction site, Van Wingerden said, making it important to “keep a perimeter between your active growing facility and your active construction facility.”

SunMed demarcates the two zones with a “bright yellow line” and “keeps a security presence to stay compliant with our state regulations” Van Wingerden said, explaining that “the state regulates the presence of our badged employees versus the unbadged visitors.”

Working with the state, SunMed created a plan for how the construction would be done securely, including keeping non-SunMed workers in the construction zone and away from plants and product.

Other precautions involved arranging for some work to be done at night or on weekends, such as installing sprinkler systems above the packaging area. SunMed chose to install the fire-safety features when the packaging department was not working so there was no chance an installation mishap would set off the sprinklers during packaging and soak employees and products.

With the final phase of his cultivation- scaling plan underway, Van Wingerden is now moving in other directions. In April, SunMed acquired a processor license from another cannabis company in the state and launched SunMed Labs.

The new processing division will be housed in a lab that is already built on SunMed’s site and expects to have its first infused and concentrated products available in Maryland before the end of the year. For Van Wingerden, it’s another step that will generate future revenues and potentially more growth.

“Success in business is defined by sales first, profitability second. We were profitable within nine months of operations, and we’ve been profitable ever since. Then we started paying back our investors with their original capital,” he said. “You actually have a balance sheet and (profit and loss) information to report. And if you’re profitable, and you’re paying them their money back ahead of the original plan, you get investor confidence. And away you go—you can pitch scaling.” 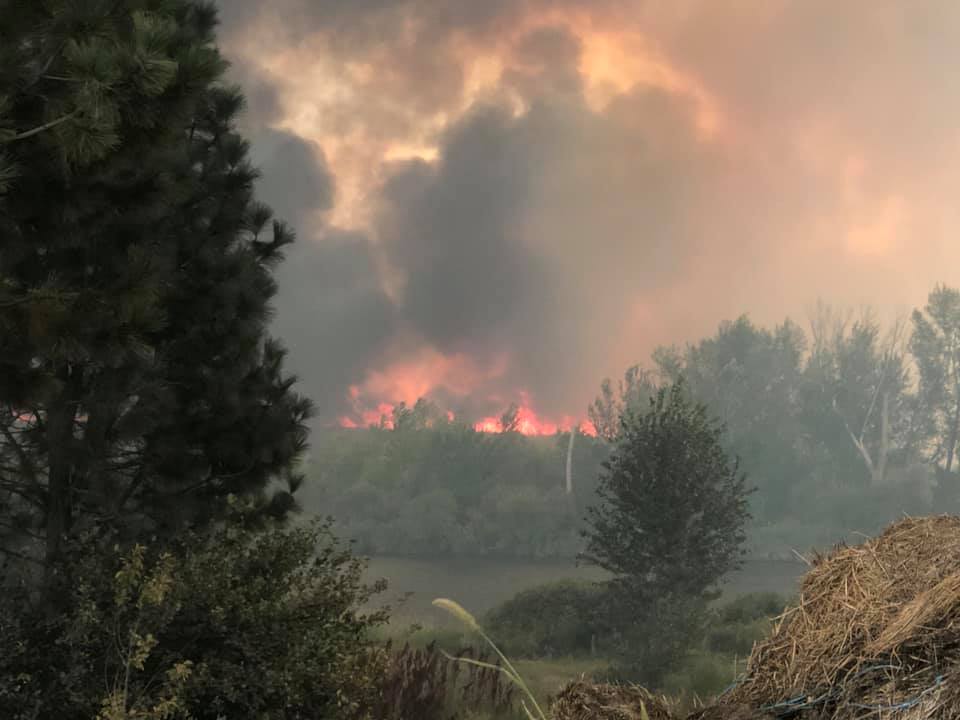