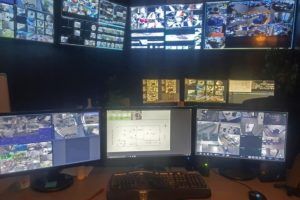 Thieves are getting more brazen in their attacks on marijuana companies, especially cultivation operations.

Plenty of examples from the past few years come to mind, most recently the looting of cannabis businesses that took place in conjunction with protests over police brutality.

And who can forget the situation in Seattle in 2017, when both marijuana cultivators and retailers were burglary victims 65 times? Some of those thieves hit boutique indoor cultivators just as their harvest was ready for sale.

Several positives did emerge from the Seattle marijuana burglaries:

The key for cultivators seeking to protect their cannabis crops, experts told Marijuana Business Magazine, is not to make it easy for the criminals.

Control access to your grow, they said, and even lessening the smell from your crops can help make your facility less conspicuous.

“Our philosophy on security is layering it,” said Drew Stuart, who uses fences, walls, gates and technology to protect his New Mexico-based medical cannabis business, High Desert Relief, the medical marijuana company he co-owns in Albuquerque, New Mexico. “We can’t necessarily stop anybody from wanting in. We can just slow them down, and that’s why we do it.”

Stuart and other experts shared other important security tips with Marijuana Business Magazine, including:

Marijuana Business Magazine’s experts also offered insight into the recent looting of cannabis stores, how to combat internal theft and the debate over high-tech security versus armed guards.