The law, which was signed by Gov. Mark Dayton on Thursday, allows patients to consume marijuana in oil, pill or vapor form. Patients, however, cannot actually buy cannabis buds or smoke them.

Those restrictions – combined with a relatively limited list of qualifying medical conditions – have raised fears about the market’s viability from a business perspective. Just 5,000 patients qualify for the program, according to estimates, and many of them might not participate at all if they can’t actually smoke cannabis.

Cassie Traun, who lobbied at the Capitol for the bill, told the Star Tribune that the ban on smoking will steer her toward the black market to treat her Crohn’s Disease. Another patient who helped lobby for medical marijuana legalization said he will also continue to smoke marijuana he obtained on the black market.

“In the end, I just don’t foresee a lot of players being interested in the way they’ve got it set up [in Minnesota],” said Elan Nelson, who works with Medicine Man Denver. “It’s really not conducive to good business.

Under the new law, Minnesota will allow two cultivation centers and up to eight dispensaries. 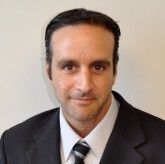