A Texas-based lighting business that caters in part to cannabis growers has netted $16 million in funding, lifting the company’s total investment haul to $76.8 million since its inception a decade ago.

Illumitex, which produces high-grade light-emitting diodes (also known as LEDs), raised the money via a round led by WP Global Partners, a Chicago-based investment firm, according to the Austin Business Journal.

Although most of Illumitex’s customers are in traditional agriculture, the burgeoning marijuana industry is responsible for a good bit of the company’s growth, CEO Chris Hammelef told The Wall Street Journal.

LEDs represent only 5% of the indoor farming lighting market, but many in the cannabis trade view the technology as the wave of the future because of the technology’s energy efficiency and ability to adjust to a variety of light spectra.

Another Company Looks to Deliver MMJ Via Drones 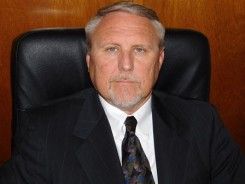