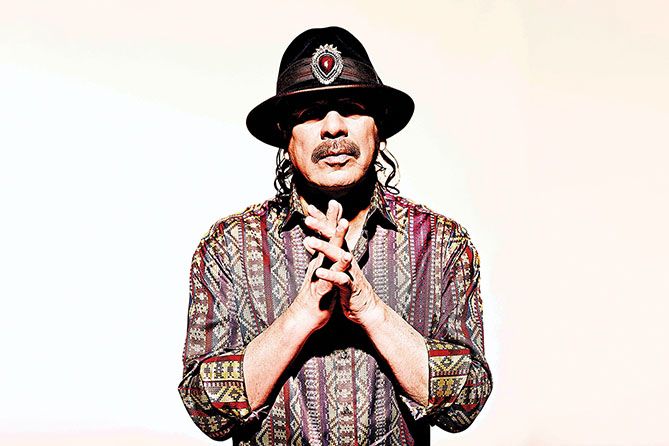 Carlos Santana, Willie Nelson, Snoop Dogg and Whoopi Goldberg. These are just a handful of celebrities who have lent their names to—and, in some cases, invested in—cannabis companies looking to promote their brands.

But working with a celebrity pays off for a brand only if the deal is properly executed, said Paul Jankowski, founder and CEO of brand strategy and consumer engagement agency New Heartland Group in Brentwood, Tennessee.

“Many times, they’re done without the proper strategy put in place before the partnerships are executed,” Jankowski said.

Elements to a successful partnership include:

After contracts are signed and the deal is done, there are always additional “asks” of the new celebrity partner, Jankowski said. They can range from additional tickets to meet-and-greet events to a video shoutout for a retailer or even a request for a band playing a consumer event—all things that are not in the contract.

“It’s important to have someone involved in the deal from the beginning who can mitigate those asks and navigate rocky waters,” Jankowski said, noting that it’s important to work directly with the celebrity and his or her management team rather than a booking agency or speakers bureau that charges hefty fees.

A celebrity-endorsed brand will resonate with consumers if they identify with the talent, their lifestyle or their music, Jankowski said.

“The talent becomes an integral part of bringing the brand to them,” he said. “It just comes down to what kind of relationship the influencer or talent has with their fans.”

But sometimes celebrity endorsements can miss the mark or fail entirely—take Tiger Woods and Oldsmobile or Ariana Grande and Starbucks, for example.

As for Grande’s arrangement with Starbucks? She’s a vegan, and egg whites were a key ingredient in the Cloud Macchiato Starbucks created for the singer.

A celebrity also can pull out of a deal, leaving a company’s future uncertain. Last month, Whoopi & Maya Medical Cannabis, a California company with MMJ products available in stores in California and Colorado, ceased operations in the wake of an unresolved dispute between co-founders Whoopi Goldberg and Maya Elisabeth.

“We were on the opening jokes of both (Jimmy) Kimmel and (Stephen) Colbert, and we got Vanity Fair that day,” Cusick said.

Santa Rosa, California-based investment firm Left Coast Ventures, which focuses on building, investing in or acquiring cannabis brands, has been approached by several celebrities interested in creating a cannabis brand, but the company has been selective about whom it chooses to partner with. Cannabis must be authentic to a celebrity’s life, and the celebrity must be iconic in his or her art.

“We want someone who really wants to get behind and stand by the brand they’re bringing to market,” Left Coast Ventures CEO Brett Cummings said. “They have to be passionate and want to share cannabis with the world.”

The company spent more than a month researching legendary guitarist Carlos Santana, looking at everything from his music to his autobiography to his podcasts to learn as much about his life and philosophy on cannabis as possible. The company then met with Santana and his business advisers to show them consumer insights, a matrix of different products, the consumer groups it plans to target and how it will roll out the line of cannabis flower and pre-rolls and hemp CBD products, expected to launch this summer.

After the presentation, Santana gave a stream-of-consciousness narrative about how cannabis lets people’s light shine.

“He went through this creative process that was so helpful,” Cummings said. “We worked really closely with Carlos to make sure we came up with a brand that’s really authentic to him. He wanted to be very involved. He helped with input on all the look and feel of the brand.”

Santana told Marijuana Business Magazine he chose to work with Left Coast Ventures, in part, because it has built brands around other musicians he admires, such as late reggae pioneer Bob Marley and Grateful Dead drummer Mickey Hart.

“They were willing to sit down with me and exchange goals and ideas about expanding consciousness and using the brand to do research about how to separate (the THC) molecule in the product,” said Santana, who is receiving royalties from the deal that will go to his Milagro Foundation, which benefits underserved and vulnerable children. “I’m interested in people being productive and very active in imagination and believing they can heal themselves.”

Among the best-known celebrity brands is Willie’s Reserve, a line of flower, vape and edibles products named for country music legend and cannabis activist Willie Nelson.

“Building anything around a personality is a tricky business,” said Elizabeth Hogan, vice president of brand and communications for GCH, a cannabis consumer products company founded by Willie Nelson that owns and operates the Willie’s Remedy and Willie’s Reserve brands. “You have to translate aspects of a person’s life into your product. You want to respect the artistry and, in his case, 80 years of history.”

When Hogan sat down with Nelson at his kitchen table in 2014, he outlined four directives that have guided how GCH promotes the brands:

“His point of view has always been that this is a plant, and this is my body, and I can do whatever I want with a plant and my body—it’s a right,” Hogan said. “That was the first way he shaped the brand.”

Nelson also has collaborated with fellow Farm Aid benefit concert artists to release their cannabis collections on the Willie’s Reserve label. Nashville singer-songwriter Margo Price debuted the All American Made Collection at the Emerald Cup in Santa Rosa, California, in December 2018, and Denver rock band Nathaniel Rateliff & The Night Sweats launched the Nightstache Collection before sold-out shows at Red Rocks Amphitheater in Colorado last August. Willie’s Reserve also offered a strain grown by Humboldt, California-based Catalyst Unlimited that was named in honor of Lukas Nelson & Promise of the Real. (Lukas is one of Willie Nelson’s sons.)

“I think artist brands and all celebrity brands are having a positive impact on the space,” Hogan said. “It’s meaningful to farmers in California that Willie Nelson is in this business, because he’s been getting weed off them forever. It penetrates different barriers.”

Washington DC-based Holistic Industries, a vertically integrated multistate purveyor of both medical and adult-use marijuana, will debut the Jerry Garcia cannabis collection later this year. Holistic will develop all aspects of the new brand—including products and accessories—in partnership with Jerry Garcia Family, a company run by the late musician’s daughter, Trixie Garcia. Holistic views the partnership as an opportunity to honor the late musician’s legacy.

But Garcia, who played lead guitar and sang for the Grateful Dead, was a no-brainer.

“Bob Marley, Willie Nelson, Snoop Dogg and Jerry Garcia are the Mount Rushmore of cannabis,” said Barich, who spent more than 20 years running advertising agencies in the pharmaceutical and health-care space and brought Viagra to market for Pfizer.

While cannabis is still somewhat taboo, attaching a well-known name helps the public warm to the idea, much like when former U.S. Senate Majority Leader Robert Dole helped Pfizer change the conversation about Viagra from impotency, which men refused to talk about, to erectile dysfunction.

“Twenty years later, if a guy has this problem, it’s not a big deal—he says ED,” Barich said.

Skin in the Game

While many celebrities partner with businesses in name only, others are deeply—even financially—involved with cannabis companies.

Mike Dirnt, co-founder and bassist for rock band Green Day, invested an undisclosed sum in Santa Cruz, California-based marijuana and hemp grower Goldenseed and has been closely involved on the creative side of the business by helping with branding, promotional ideas and social media, said Scott Goldie, the company’s founder and CEO.

Dirnt said he chose Goldenseed over other cannabis companies because of its commitment to honoring the past and future of the cannabis plant.

“They treat organics like a religion at Goldenseed,” Dirnt said. “They share their knowledge of sustainable farming and respect the industry as a whole.”

“Having a celebrity as your partner can be very beneficial because people are already tuning into that person,” Ronin CEO Josh Otten said.

It’s critical that companies understand who their target audience is before approaching a celebrity about a partnership, and it’s important that the celebrity is involved in the business, Otten said.

“I’ve talked to celebrities who want to find a brand that’s willing to license their name and put it on a box and pay a royalty,” Otten said. “That doesn’t add enough value to build an entire brand if they’re going to be passive and not an active player.”