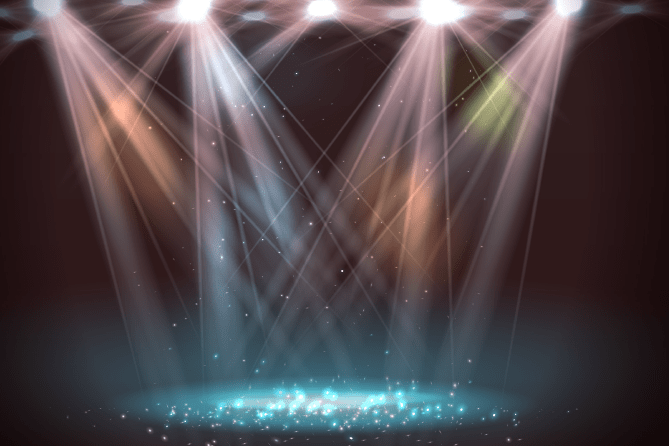 When Oteil Burbridge strode on stage at the University of Colorado’s Folsom Field in July, the Dead & Co. bass player wore a charcoal gray and black-sleeved T-shirt emblazoned with the logo of a local marijuana retailer, Groundswell Cannabis Boutique.

That very day and the next, Groundswell enjoyed a hefty bump in foot traffic and sales at its Denver store, where it sells a recreational marijuana strain developed in partnership with the Grammy-winning Burbridge. The strain is called Oteil’s Egyptian Kush, and it took nine months to develop.

The exposure for Groundswell on the concert stage in Boulder drew people into the store, said company co-founder Don Novak.

“People were talking about it, coming in for it,” he said.

Marijuana companies are increasingly following the lead of more traditional businesses such as Nike, Rolex and Chanel by using celebrities to pitch their products.

And with good reason: Getting a well-known name on board “helps people who come in to recognize something,” Novak said. “The industry is still so new. Brand recognition just doesn’t exist like it does in other markets.”

But it’s not always smooth sailing, and hooking up with a celebrity isn’t a sure-fire way to increase revenues and develop a household name.

Businesses are partnering with celebrities in numerous ways, and vice versa. Some examples:

Some celebrities are going a step further and launching their own businesses, including Snoop Dogg – who has his own line of branded, packaged cannabis – comedian and TV personality Whoopi Goldberg, legendary country singer Willie Nelson, and rapper Wiz Khalifa.

For Cresco, teaming up with a well-known chef helps with “the normalization/acceptance of the industry and brings world-class talent from a traditional profession into the production side of the cannabis industry,” CEO Charles Bachtell said.

So is it really worth teaming up with a celebrity? There’s research to suggest it is.

A 2012 study published in the Journal of Advertising Research found companies that announced deals with well-known athletes saw their stock returns increase by an average of 0.25%. Sales for the endorsed product rose by an average of 4%, which translated into about $10 million worth of additional sales a year.

But it might be different for the cannabis industry. Marijuana consumers rank celebrity endorsements very low on the list of what they look for when visiting MJ retailers, according to the What Cannabis Patients and Consumers Want market research report by Marijuana Business Daily. Roughly 75% of medical and rec users said they “don’t care” at all about celebrity endorsements, while just 2% said they are a “critical” factor.

At the very least, cannabis entrepreneurs should be aware that teaming with a celebrity won’t guarantee success.

“Marketing is like building a house,” said John Quelch, a professor at the Harvard Business School and the co-author of the 2014 case study Marketing Marijuana in Colorado. “You have to have a very firm foundation. And a desirable, consistent product is the foundation for any marketing effort.”

Advice for Working With Celebrities

Cannabis professionals who have worked with celebrities say there are several keys to making such a partnership work:

1. Don’t base your entire business model on a celebrity

It could lead to disaster. Instead, build a successful company from the beginning – then think about teaming with a mega personality.

“You shouldn’t and couldn’t build a business around a celebrity name,” said Evan Nison, a public relations professional with cannabis clients across the nation, including Whoopi Goldberg. “You need a good solid company to start.”

He noted that celebrity glam can’t make up for a poorly managed company.

“Get your business profitable,” Nison added. “Focus on that.”

Cannabis entrepreneurs must understand who their customers are before recruiting a celebrity to pitch their brand. That way, a business owner can match the right celebrity with their company – someone who can bond with the customers.

“You do a lot of research. You understand your customers,” Dean Crutchfield, an international brand marketing consultant, said. That means understanding customers’ state of mind, aspirations, beliefs, etc.

Next, those findings need to be boiled down to locate “the nuggets that really count,” Crutchfield said. Those “nuggets” can offer valuable market intelligence to locate the right personality to endorse a particular brand. When searching for that person, Crutchfield said, entrepreneurs should ask themselves: “Do they match with the personality of the brand and the customers?”

“They already trust him. They have a rapport with him,” Levich said.

3. Partner with a celebrity who actually uses your brand

“Just finding a partner that believes in your product is probably the most important thing,” Paul Jankowski, founder and chief strategist at New Heartland Group, a Nashville agency specializing in brand strategy, said.

Nison went a step further: “Do they use the product? Are they vocal about it?”

Marijuana entrepreneurs will want to avoid the awkward case of Oprah Winfrey and Microsoft Corp. In 2012, the media mogul listed Microsoft’s new Surface tablet on her annual “Favorite Things” list. She likened the device to a Mercedes. Winfrey followed that up with a tweet to her nearly 15 million followers, gushing: “Gotta say love that SURFACE! Have bought 12 already for Christmas gifts. #FavoriteThings.”

There was small problem. Winfrey – or whoever was in charge of her account – had sent the tweet from an iPad, sparking criticism in the blogosphere.

That may seem basic. But reputation is everything for a brand. So marijuana entrepreneurs will want to dig into a celebrity’s reputation.

“Their reputation and the product are going to be tied together,” Nison said.

A good reputation can be a big positive and help distinguish a company’s product from the rest of the pack. Michael Jordan teaming with Nike and Brooke Shields with Calvin Klein are considered two successful cases of celebrity endorsements.

“A celebrity can bring attention to a brand – as long as it’s positive attention,” Jankowski said.

And there’s the catch. Scandal, poor taste or being tone-deaf to the nuances of a particular situation can spell problems.

Actor Alec Baldwin, known for his progressive politics, drew flack for appearing in advertisements for the financial services company Capital One Bank. The institution received $3.5 billion in the Wall Street bailout. That made Baldwin a controversial presence at a 2011 Occupy Wall Street event and inspired the tweet: “Hearing @alecbaldwin is at @occupywallstnyc discussing influence of corporate $$$. He’s an expert in this field, as a shill for Capitol (sic) One.”

5. Have a morals clause and a plan in case things go south

Be aware that an endorsement can backfire – particularly if a celebrity is suddenly engulfed in a controversy or scandal. In 2014, for example, companies abandoned Baltimore Ravens running back Ray Rice after TMZ released a video of the football player hitting his fiancé. In an endorsement contract, morals clauses give an advertiser the option to abandon the agreement in the event a personality engaged in criminal, scandalous or reproachable behavior.

Crutchfield noted it’s important to have a solid morality clause in place. He also said companies must have a game plan ahead of time.

“You need to have a crisis management plan and a contingency plan in case something goes wrong,” he said. “Once a crisis strikes how do you stare that adversity in the eye and continue to play.”

In other words, stand up publicly and take action.

“What you don’t do is run away and go quiet,” Crutchfield said.