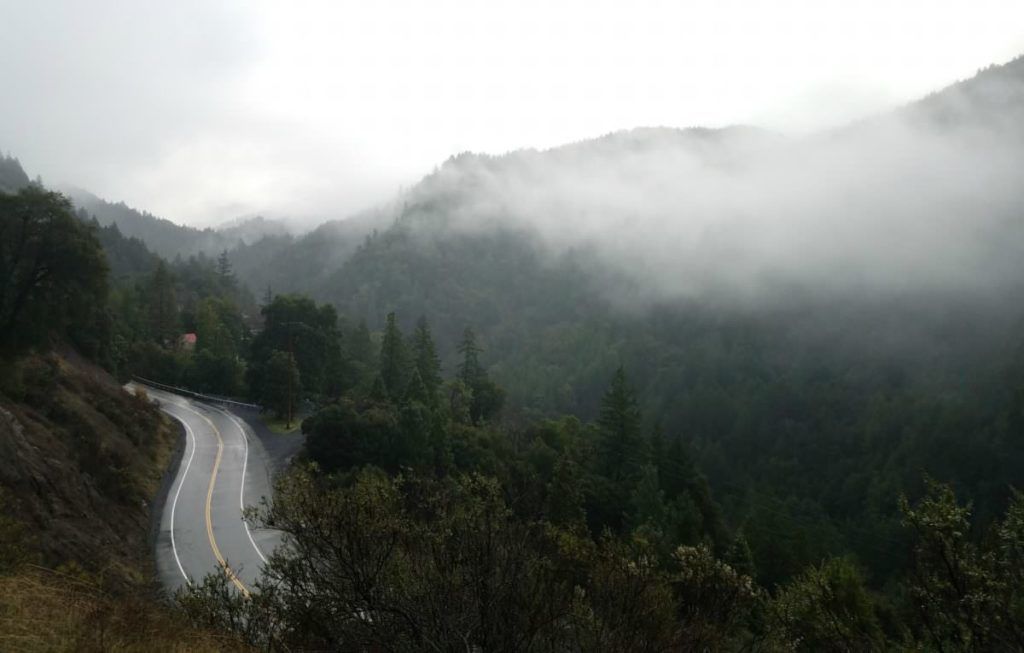 Even rural farmers in Mendocino County, part of California's renowned Emerald Triangle, are unable to participate in the state's legal marijuana market (Photo by John Schroyer)

Almost 3½ years after California legalized recreational marijuana, the regulatory system governing the industry has proved so restrictive and costly that thousands of existing rural farmers have been unable to join the legal market.

That estimate by industry insiders includes farmers that have been excluded in cannabis-friendly parts of the state, including the famed Emerald Triangle of Humboldt, Mendocino and Trinity counties, even though those three counties alone account for almost half the state’s 7,255 active marijuana cultivation permits.

Santa Barbara County leads the state with 1,845 cultivation licenses; Humboldt County has 1,839; Mendocino County has 952; and Trinity County has 444 as of June 1, according to the state Department of Food and Agriculture.

Of California’s 58 counties, 38 have at least one active cannabis cultivation permit.

That includes 11 counties that number in the single digits for grow licenses: Del Norte County, Imperial County, San Joaquin County and Siskiyou County, for instance, have only one apiece.

Which means there are thousands more farmers that remain shut out of the legal marijuana market, insiders say.

“It is absolutely thousands, no question,” Genine Coleman, the executive director of the Origins Council, said of those rural growers kept out of the legal market.

“If we’re going to summarize it into one key issue, it is that cannabis cultivation is treated like development,” added Coleman, whose Mendocino County-based group advocates small marijuana farmers across the state.

“It’s regulated as though you’re building a shopping mall, straight up. So that, for folks that are homestead producers on a small scale, it’s out of reach. It’s too expensive. It’s too onerous. It’s too time-consuming.”

Setting aside the fact that most rural California farmers likely live in counties with commercial marijuana bans – roughly two-thirds of the state maintains cannabis business prohibitions – many would-be legal MJ growers are facing their own hurdles.

“I imagine there are thousands and thousands,” Nevedal said.

“It might be in the tens of thousands of cultivators who would like to be able to participate” in the legal MJ market but have been kept out.

Calaveras County is a prime example both of how complex the industry landscape in California has become for cannabis farmers.

After a yearslong back-and-forth fight between hundreds of farmers and conservative anti-cannabis residents and Calaveras officials, the county adopted an ordinance in 2019 to allow up to 200 cultivation permits for farmers that registered in 2016 as medical marijuana growers.

But that’s also been slow to roll out and the going has not been easy for many, said Trevor Wilke, a farmer who once served as executive director of the defunct Calaveras Cannabis Alliance.

Wilke, who’s one of the 200 lucky enough to win a cultivation permit, said he’ll have to sell his current property and move to a different site that will be compliant with state regulations, because his current farm’s road would likely cost him around $1 million to upgrade to accommodate firetrucks.

He doubts he’ll be able to grow or sell any cannabis into the legal supply chain until next year – four years after the launch of the legal California marijuana market.

“In 2022, it might be a reality, but this year … that would just be really silly to bank on, given how long it is to get through the regulatory process,” Wilke said.

Even those who have received permits, like him, have been slow to get their farms operational in part because many don’t have the money to invest in infrastructure that’s mandatory to finish the licensing process, Wilke said.

That has led to corporate takeovers by outside companies, which are financing a lot of small farms in the area, he said.

“Large equity stakes are being handed over to those who have the capital to get the ball rolling. Legacy farmers are being hit from every angle,” Wilke said.

Just to the north, in El Dorado County, Rod Miller said county officials – most notably Sheriff John D’Agostini, a vocal marijuana opponent – haven’t yet issued a single permit because of delays with mandatory background checks, which has kept every would-be farmer out of the industry.

That’s despite the fact it’s been more than a year since the county signed off on awarding the permits, Miller said.

“There are a couple of (farmers) that have done everything, gotten environmental mitigation … and they’re all ready to get their license. The sheriff’s delay is part of a death by a thousand paper cuts that growers are experiencing,” Miller said.

“The big picture issue … is that this is the last gasp of fear-based anti-cannabis interests. … I think it’s a lot about basic political power.”

But a county employee who asked to not be identified defended the process and said the delays in background checks stem from both the coronavirus pandemic and logistical coordination issues with the FBI.

“The sheriff does not have access to Live Scan right now, which is why he hasn’t been able to do the background checks,” the county employee said, referring to fingerprinting and background-check technology used by the state and FBI.

Even further north, in Trinity County, the environmental lawsuit against the county “compounded” the fact that the county staff was already overwhelmed with the job of processing 530 license applications, including environmental-impact reports and inspections for each, according to the TCAA’s Avila.

On top of that, the lawsuit has “frozen” existing farm operations, meaning that none of the licensed farmers in the county can upgrade or modernize their farms because doing so would require further environmental impact studies and then subsequent signoff from local and state authorities, Avila said.

“This county just wasn’t ready to conduct site-specific reviews on hundreds” of farms, Avila said, a process she estimated will take “years.”

In the meantime, she said, hundreds of farmers are in limbo.

“There are applicants that applied and have been waiting for a year or two to be able to do anything,” Avila said.

And for Trinity County farmers, she added, “the clock is ticking,” because the county ordinance that governs cannabis cultivation will expire in September and the environmental organization that filed the 2019 lawsuit has threatened to sue once more if the county board of supervisors extends the ordinance.

The main issue for small farmers is they don’t have the financial resources to either wait years or to navigate CEQA as the state and local laws require, Avila said. Which has kept them from growing cannabis legally. 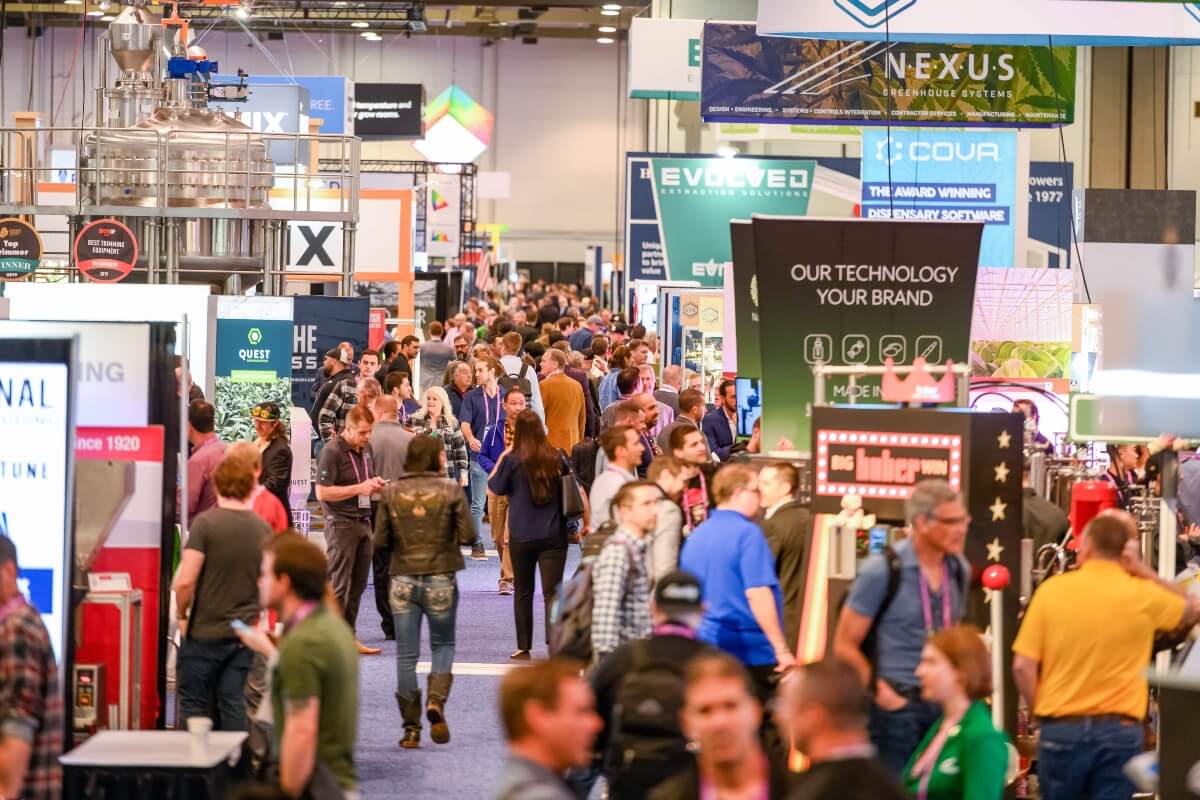