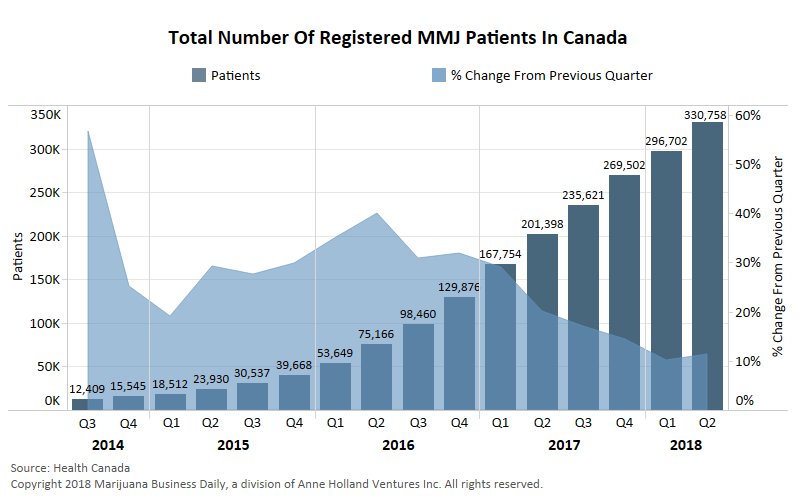 Canada added more than 34,000 registered medical cannabis patients in the second quarter of this year, an increase of just over 11% from the previous quarter, according to new data from Health Canada.

The increase ended five consecutive quarters of slowing growth in the number of registered patients.

ADVERTISEMENT
The last time Canada saw accelerating quarterly growth in the number of MMJ patients was when licensed producers added 31,416 registrations in the third quarter of 2016, bringing the total to more than 129,000 by the final quarter of that year – a 31% increase.

The country now has more than 330,000 registered medical marijuana patients.

Canada’s medical cannabis companies had been signing up fewer new patients, indicating an industrywide shift in focus to meeting demand in the upcoming recreational market.

However, some companies are continuing to focus on the medical market by forming partnerships with health-care practitioners.

CannTrust, an Ontario licensed producer, said in a news release it has captured 36% of all newly registered patients in Canada, based on the most recent quarterly data provided by Health Canada.