Oct. 17 marked the groundbreaking launch of Canada’s recreational cannabis market. The world watched how marijuana businesses around Canada handled sales both online and at physical stores, potential product shortages and other challenges tied to regulations and illicit-market competition.

Here are five notable takeaways from the nation’s historic day:

For a day that could have been marred by complications with sales, there were largely no major surprises – to the relief of businesses, consumers and regulators.

Long lines did form, with some numbering in the hundreds at many of the roughly 100 brick-and-mortar stores that opened across Canada. But crowds were orderly.

As for online sales, some problems occurred. But for the most part, operations ran smoothly.

Most consumers across the country apparently came away with what they wanted, despite some complaints about limited product variety, as well as some online and physical stores running out of a relatively small number of strains and products.

Cannabis industry watchers suggested that if opening day and the rest of Canada’s recreational rollout could be as ho-hum as this, the country’s regulators might be encouraged to ease rules governing the types of product that will be available in the future, as well as tough restrictions covering advertising and branding.

With a limited number of physical cannabis stores open on Oct. 17, online systems were expected to carry a big part of the opening-day sales deluge.

Were online retailers able to handle it? Mostly yes.

That’s important, because it will take months before Canada’s brick-and-mortar cannabis market comes closer to full force, and many consumers will rely on online sales portals.

“In the first 12 hours we crossed into the early millions of visitors to the stores of the provinces and private retailers on our platform,” Brad Goble, Shopify’s director of regulated industries, wrote in an email to Marijuana Business Daily.

“We saw an average of over 100 transactions per minute across the country.”

Still, consumers complained via social media about processing and other issues at the OCS, while Alberta’s government-run system – created by Ontario-based OnX Enterprise Solutions – crashed for about 20 minutes before being fixed.

There were also issues in Nunavut, the only other territory or province besides Ontario that conducted sales exclusively online. Nunavut contracted Tweed for its online sales needs, and some consumers reported they could not log into the website, according to the Nunatsiaq News.

Problems were the exception, however, which bodes well for the near-term future of online sales in Canada.

Legal cannabis products are more expensive than marijuana sold by the illicit market in Canada. So how did consumers react to the prices they saw on the first day of Canada’s legal recreational market?

It appears they’ll pay the higher price for regulated product, given that sales were reported as brisk in both physical stores and online.

”‘Better’ will be a big argument,” Bruce Linton, CEO of cannabis titan Canopy Growth, told CNBC from one of the company’s stores in Newfoundland on Wednesday.

“People are going to start realizing that the product that they get from the illegal dealer comes from officially, nowhere.”

In Calgary’s two stores that opened in time for the first day of legalization, Nova Cannabis and Four20 Premium Market, representatives noted a trend indicating that affordably priced, high-potency strains were among the first to sell out.

They said consumers were looking for value but were willing to pay the price for quality.

4. All eyes were on Canada.

Global news outlets spotlighted Canada’s adult-use rollout – including the BBC, The New York Times, The Australian and The Korea Times.

The publicity could have a substantial impact on public perception in places outside Canada, according to cannabis industry experts.

“It’s a special moment, not just for Canada, but for the world because my strong conviction is that the rest of the world will follow suit,” Cam Battley, chief corporate officer at Canadian marijuana giant Aurora Cannabis, told the Associated Press.

“We’re not known as wild and crazy. We’re known for good public policy, and I think (other nations) will follow our lead.”

National and international news organizations clamored to get photos of the first sales in each of the provinces.

Canopy Growth’s Linton happily oversaw what was billed as the first legal marijuana purchase just past midnight local time in Newfoundland. A crowd of 50 cameras from around the world captured the sale.

Aurora’s Battley said he was off to Germany on Friday and Australia next week – a sign of what a leader Canada has become in the global cannabis industry. It also underscored the impact that Canada’s legalization could have internationally, the AP reported.

5. Financial reward is years away.

The full financial effect of what’s projected to be a multibillion-dollar industry in Canada is still years from being realized, industry officials agreed.

That’s because the early months will be marked by a small number of stores, limited product selection and inevitable cannabis shortages.

But none of this comes as a surprise to executives rolling out multiyear strategies to take over the illicit market.

Anne McLellan, who chaired Canada’s nine-member Marijuana Legalization Task Force, told MJBizDaily she would like to see 80% of the illegal cannabis trade gone within a decade.

Canada started with about 100 storefronts, and that is expected to grow to nearly 300 by the end of the year before surpassing 1,000 by the end of 2019, industry officials reckon.

Licensed producers are still building enough capacity to meet demand for the recreational and medical markets.

Licensed production of about 150,000 kilograms (330,693 pounds) is roughly 15% of what will be needed to entirely displace the illicit market, according to industry estimates.

Lindsey Bartlett can be reached at lindseyb@mjbizdaily.com 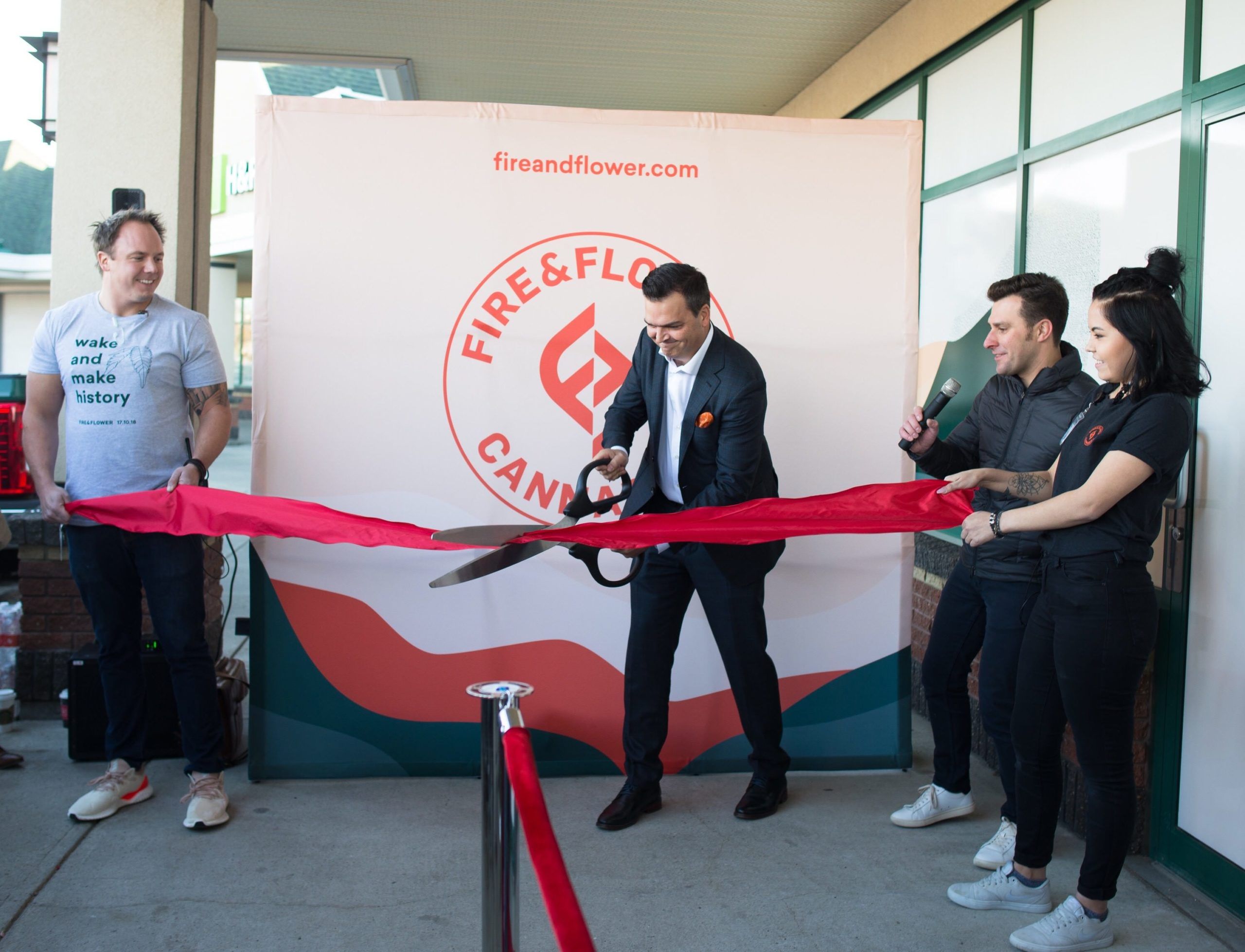