A marijuana executive addresses the tech sector’s cannaphobia, Hawaii opens its MMJ application process, and Arizona’s medical marijuana program comes under attack once again. Here’s a closer look at several notable developments in the marijuana industry over the past week.

Among his efforts for 2016, Isaac Dietrich, the founder of marijuana social media platform MassRoots, had already planned to push back against what he sees as a prejudice against marijuana by some of his tech sector peers.

“People in the Silicon Valley tech sector talk like they have these very progressive views, but when it comes to cannabis, they are really very regressive,” said Dietrich.

The reason? MassRoots – a cannabis-related company – was competing.

“I wish they had more progressive views on marijuana, and hope they come around to seeing that legalization would be positive,” Dietrich said.

Dietrich said many tech companies, including household names like Facebook and Google, discriminate against marijuana companies by not allowing them to advertise on their sites.

“There’s a disconnect between tech leaders and the tech public on this issue,” Dietrich said. “There needs to be public pressure put on these people to get things to change.”

And where is Dietrich going to get that kind of muscle? MassRoots users, he said, who now number about 725,000 and are projected to hit one million in the first half of the year. He hopes to get users to email and put other forms of pressure on tech companies that have discriminatory views towards marijuana companies.

“When you have that many email addresses, you can get some pressure going,” Dietrich said.

As for the contest, Dietrich didn’t win but still gets to have dinner with Sir Richard Branson, Chairman of the Virgin Group and noted marijuana advocate. What will Dietrich ask him about? “Certainly about marijuana,” he said.

The race for marijuana licenses is on in Hawaii, which opened its application process on Jan. 12.

The Aloha State will award eight licenses for medical marijuana businesses on the islands of Oahu, Maui, Kauai and the Big Island. Each licensee will be allowed two production centers and two retail stores. Out-of-state residents can own up to 49% of a license.

Three of the licenses will go to applicants in Oahu, where Honolulu is. License winners will be announced in mid-April, and dispensaries could be open by July 2016.

Industry observers pointed to Maryland, which received an overwhelming 1,046 applications, including 811 for dispensaries, as an indicator that many people will try to break into Hawaii. The marijuana market is hot and now is the time to get it.

“They will get deluged by applications,” said Greta Carter, president of G.Car Companies, a marijuana business consulting firm in Seattle. And the submissions will be from groups that are even better capitalized than those who pursued licenses in Maryland, which saw major players like Columbia Care, PharmaCann, and Harvest Inc. apply.

What are Carter’s plans in the Aloha state? While she’s been behind 11 successful applications across the growing, processing, and retail sectors, she decided to sit Hawaii out, despite being tempted by a couple of opportunities, she said.

Does a proposed bill in Arizona that could put a big dent in the state’s MMJ medical marijuana patient pool have a chance of passing?

The lawmaker’s bill, and a separate proposal to restrict pregnant women from possessing cannabis at all, have recalled the long and bitter fight MMJ advocates waged to force the roll-out of Arizona’s MMJ law.

However, because the state’s medical marijuana law was enacted through referendum, the bill would require a supermajority to pass. If it does get that far, it would also have to survive legal challenges under the state’s Voter Protection Act, which limits the ability of lawmakers to change laws passed by referendum, amend laws enacted via ballot initiatives. 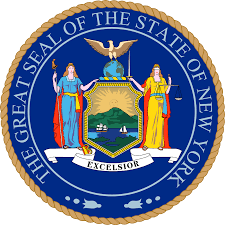