North American cannabis companies have raised nearly $3.3 billion so far this year, outpacing the record funding levels set in 2018, according to the latest data from Viridian Capital Advisors.

With the closing of Altria Group’s $1.8 billion strategic investment in Canadian cannabis producer Cronos, fundraising levels through the first week of March are more than $1 billion ahead of the pace for this time last year.

Each week Marijuana Business Daily and Viridian Capital Advisors provide the latest data on cannabis investment activity and M&A, along with key takeaways, analysis and trends based on recent market moves.

The data below, provided by Viridian, is through the week ended March 8. 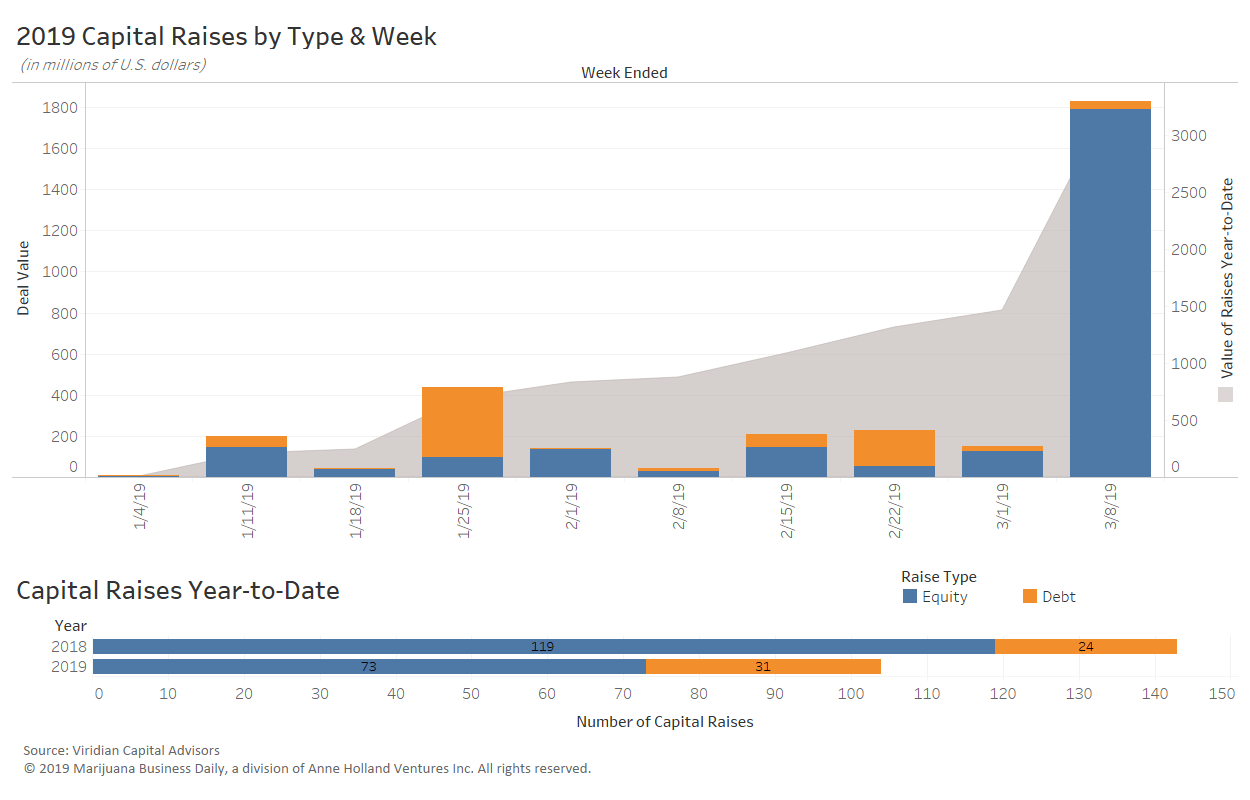 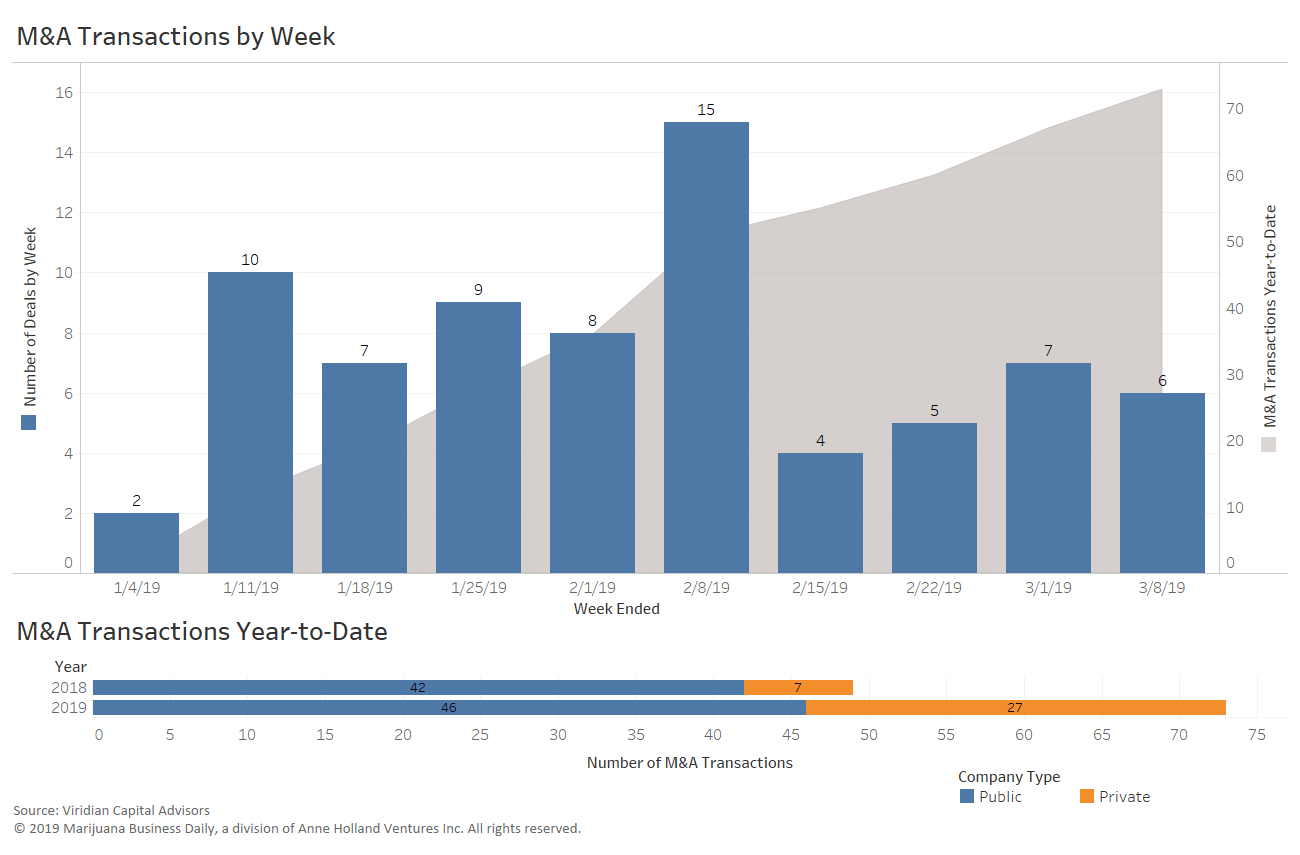