Wholesale prices for recreational marijuana flower in Alaska remain high, though rates have fallen slightly as more growers build out facilities and the market expands as it matures.

ADVERTISEMENT
While prices are strong compared to other mature recreational cannabis markets, an arduous tax burdens cultivators to the tune of $800 per pound of wholesale flower.

This drives some legal companies out of the market, giving illicit businesses a competitive advantage and pushing the need for licensed companies to vertically integrate to succeed.

“Prices have come down over time,” said Keenan Hollister, co-owner of Pakalolo Supply Co., a vertically integrated business with retail stores in Fairbanks and Anchorage as well as a cultivation facility. “They were quite inflated for a while.”

Despite Alaska having one of the more mature recreational markets in the U.S., the space is still dependent on potency.

Cannabis that tests at less than 18% THC can be difficult to sell, but growers still must pay the full tax rate.

Some growers have dropped out of the market because regulations – in particular, taxes imposed on flower sales – are not business friendly.

Alaska taxes growers $50 an ounce on wholesale transactions, which adds up to $800 a pound on flower – the highest amount of tax on flower sales among mature recreational cannabis markets.

In 2018, Alaska regulators allowed a separate tax for lower-grade material, primarily that for extraction, of $250 per pound.

“(The $800 tax) is a significant barrier,” said Bailey Stuart, chief operating officer and owner of Green Jar Cannabis in Wasilla.

She said the tax has caused some growers to not renew their licenses and creates an advantage for the illicit market to thrive.

“I don’t see the prices being lowered until we get that tax structure changed,” she said.

Caleb Saunders, a board member of the Alaska Marijuana Industry Association and CEO of Green Jar Cannabis, said the tax system is “broken.”

With that high of a tax, Saunders said, it’s easy for the illicit market to undercut the legal market, so it “sits in a comfortable bubble.”

The trade group is proposing a change that would eliminate the cultivation tax in lieu of a 10% retail tax.

The proposal would also give the Alaska Department of Revenue “teeth” to go after the businesses that aren’t paying their taxes. Saunders said about 30% of growers are behind on tax payments.

Operating as a wholesale flower provider in a state as geographically large as Alaska is fraught with challenges – and one of the largest is distribution.

Bush’s grow operation is on the Kenai Peninsula on the southern end of the state. He said he wore out a good truck hauling flower to the Anchorage market, which is about 150 miles away and takes at least three hours.

He plans to submit an application for a retail license soon and believes that should help.

“We’re trying to get vertically integrated,” Bush said. “That’s the only way I’m going to be able to make it.”

Alaskan growers are often forced to ship product via airplane, which can be costly, inefficient and time-consuming, particularly if the Transportation Security Administration worker at the airport decides to make life difficult.

The Alaska Marine Highway System – the state-run network of ferries – has been mostly nonoperational this year, forcing cannabis companies to either drive (if possible) or fly product to stores around the state.

Aside from the distribution problem, the overall cost of living in Alaska is significant, with basic goods and utilities often costing more than in the lower 48 states.

Stuart agreed that smaller growers in the state are struggling if they don’t also own a retail store.

“Being vertically integrated does give you somewhat of an advantage,” Saunders said, though Green Jar Cannabis operates only as a retailer. But the company plans to open a second store and add a manufacturing license.

As demand continues to grow, with more consumers trying cannabis for the first time and regular customers consuming more, Saunders is seeing more businesses building out cultivation facilities and maxing out existing space.

He’s not concerned about the market becoming oversupplied because the amount of new companies becoming licensed to grow cannabis has slowed considerably.

At Pakalolo Supply, Hollister said his cultivation facility has expanded to the point it can finally fully supply its retail stores. In fact, it’s even supplying other companies’ stores.

He’s also seeing a lot of cultivators building out facilities, adding to the supply, as well as new cultivation permits granted by state regulators.

Hollister is working to open a space for a social consumption venue. No cannabis company in the state has opened such a spot yet, but a few endorsements have been issued.

He said “there’s quite a few hoops to jump through” before he can get the necessary approval. 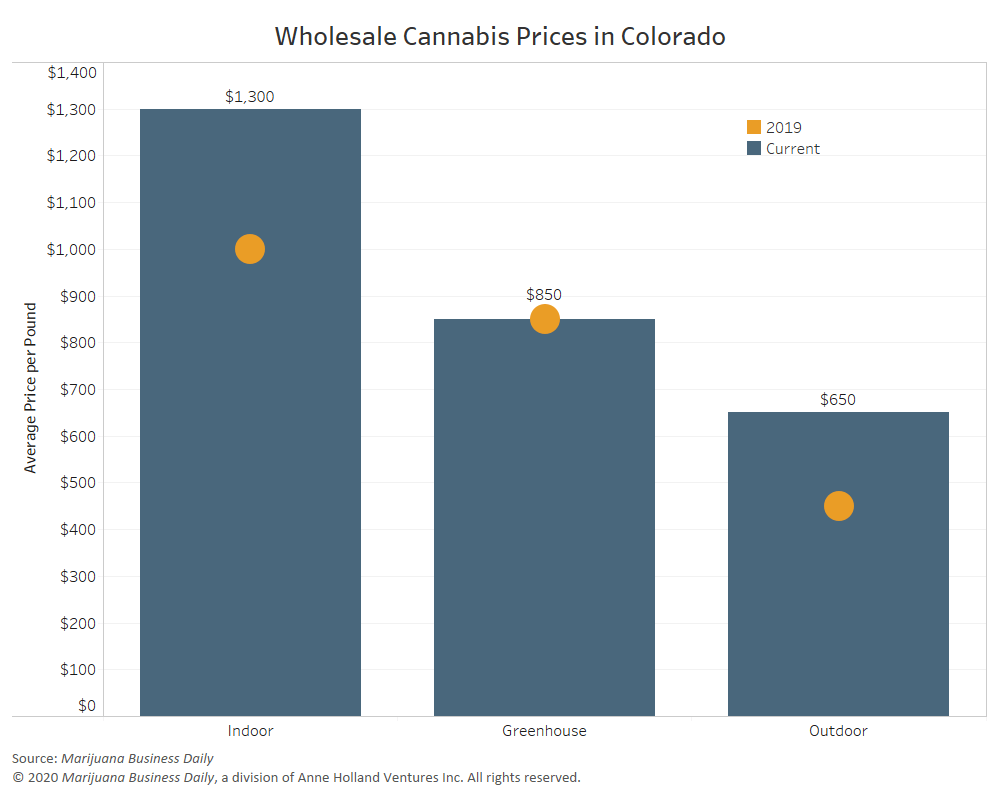