During the first month of Colorado’s recreational marijuana economy, businesses there have contributed at least $1.24 million in tax revenue to state coffers.

The dollar figure comes from an NBC News survey of recreational marijuana retail stores in Colorado. Of the 35 retail businesses that opened on Jan. 1, 18 provided tax numbers to NBC.

Based on the NBC data, the full tax collection in Colorado during January could be in the $2.3 million to $3 million range, which means sales likely reached into the tens of millions of dollars.

Business owners estimate that if current sales continue, the February tax haul could be close to $250,000 a day from retail businesses, which would add up to nearly $100 million in total taxes for 2014.

With additional recreational retail shops, cultivation facilities, edible businesses and testing labs opening for business on a regular basis, the tax revenue generated by the recreational marijuana industry could likely exceed the $67 million that lawmakers estimated for the first year of business.

Colorado’s Marijuana Enforcement Division approved 348 licenses for recreational marijuana businesses, and 136 of those licenses are for retail stores. 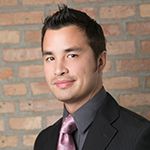