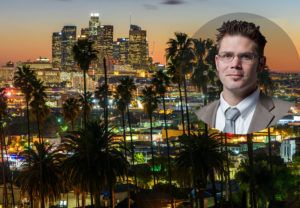 (This is the first installment of a new regular column delving into the widely varied and complicated issues surrounding California’s immense cannabis market from the vantage point of Marijuana Business Daily Senior Reporter John Schroyer. Based in Sacramento, he’s been writing about the cannabis industry since joining MJBizDaily in 2014.)

Anyone who’s actively involved in the California marijuana space can tell you the one overriding theme of 2018 thus far has been confusion.

There are far more questions than answers at nearly every level of the supply chain – from growers to retailers to ancillary businesses and everyone in between.

One of the major regulatory issues that will hit every licensed company in the California supply chain will be when the state’s Metrc traceability program is implemented. And that will be triggered by the issuance of full annual business permits that will replace the temporary licenses that every fully legal business has been operating under.

But there’s still no firm date for that to happen, or even for when full annual licenses will be awarded by any of the three state agencies that oversee the industry. The closest estimates I’ve heard are some time in the next two months.

That’s in contrast to the roughly 2,700 individual businesses that had received temporary licenses as of early July, according to an analysis by Marijuana Business Daily. And most – if not all – of those 2,700 hold multiple licenses (such as retailers that also have transport-only distribution licenses, or licensed grow operations that hold multiple permits).

So far, there’s been no mandated statewide inventory tracking system, and each company is supposed to have been keeping its own inventory records. Many insiders are dubious that every company has kept solid records, but that’s another story.

Once Metrc is operational, each annual licensee will then be somehow responsible for uploading its own inventory data into the system.

But there are unanswered logistical hurdles that have been posed to me by a number of industry sources. For instance:

There are probably plenty of other questions from operators, but what this underlines is the widespread industry confusion about how various regulations are supposed to work.

Perhaps more significantly, the start of annual licenses will almost certainly lead to another round of market contraction, even if it’s a temporary one.

I count the first as New Year’s Day 2018, when the fully legal market launched and licensed companies were forbidden from doing business with anyone who didn’t have a state permit. The situation squeezed out tens of thousands of unlicensed growers, edibles makers, retailers, etc.

I’m expecting further contraction because annual licenses are going to be a much more difficult threshold for companies to cross, as opposed to the temporary licenses.

For instance, one consultant recently told me she’d visited multiple indoor grows that don’t have sprinkler systems to fight fires. That is a direct violation of local fire codes, she said, and it means those companies will either face a delay in getting their annual permits or they’ll have to spend a lot more money to come into full compliance. Or both.

It may be that all existing licensees do wind up getting annual permits; but many companies have yet to make it back to the market after the July 1 transition just a few weeks ago.

That was when new packaging, labeling and testing requirements kicked in, and the result was a massive exodus of various brands from retail shelves because many companies found themselves either out of compliance or unable to find testing labs to provide them with a passing grade quickly enough to stay on those shelves.

Some brands have yet to make a comeback, although several of my sources said they believe many businesses will be back after they regroup.

My guess is the same thing is going to happen with annual licenses. But it’s probably going to be even more extreme, or lengthier waits at least, before a lot of companies are able to make their way back to market.

So, the legal market is likely to get even smaller this year, which leads me back to a conclusion that many others have been predicting for a long time: “Only the big, big money is going to be able to do this,” an unlicensed delivery operator told me last month.

Los Angeles attorney Steve Meister recently expressed a similar concern about his city because of how long L.A. is taking to issue business licenses. The city  was supposed to begin its second round of licensing in April, but that deadline got pushed back to August, which has cost plenty of operators plenty of lost revenue.

That automatically reduces the pool of potential business owners to only those that can afford to blow through large amounts of capital while awaiting business permits.

“I’m concerned about the possibility that the ultimate effect of all of this across the state will be to create an industry that will forever be known as Big Weed, just like Big Pharma,” Meister said.

To others, though, that situation has already happened.

“Regulation has significantly encouraged a massive consolidation of the California cannabis industry, and it’s being consolidated by large, well-funded groups, many from outside California,” said Morgan Paxhia, co-founder of San Francisco-based Poseidon Asset Management.

8 comments on “California Marijuana Notebook: More industry shrinkage may be on the way”