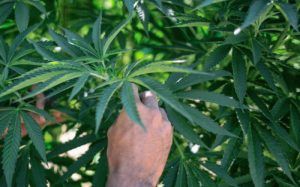 (This is the first installment in a three-part series marking the two-year anniversary of the start of legal recreational cannabis sales in California. Part 2 takes a broader historical perspective about how and why industry watchers believe the state’s licensed adult-use marijuana rollout has gone so poorly.)

Licensed California cannabis companies face a business climate that’s arguably more dire than ever before, despite the hope that came with the launch of legalized adult-use sales in January 2018.

Many feel as if they’re on a death watch of sorts, waiting to hear about more layoffs or company closures, stemming from a chaotic mix of high taxes, a lack of local buy-in, high barriers to entry, skyrocketing compliance costs and unforeseen complications – including the vape crisis.

The difficulties led to a trend of many licensed companies struggling to pay business partners and vendors for inventory they’ve already stocked or services received, because they’re strapped for cash.

The desperation Javier Montes felt in early 2018 helps illustrate some of the challenges the California cannabis market currently must navigate.

Montes’ concern didn’t stem from the fact his Los Angeles cannabis shop, Delta 9 THC, was losing customers, or worries about the hiccups of the big transition of California’s marijuana market into a new and complicated regulatory framework.

He was having trouble finding Rick Simpson Oil (RSO) – a cannabis extract – for his mentor, the man who introduced him to the world of medical marijuana.

Cannabis devotees have used RSO for the better part of two decades to treat everything from cancer to chronic obstructive pulmonary disease, and Montes’ friend was suffering from a terminal case of the latter.

While RSO was common and fairly easy to find in the gray California medical market, it had suddenly become scarce, as legacy marijuana operators opted in 2018 for the illicit market amid the crazy hustle into the new legal cannabis landscape.

For Montes, that difficulty is emblematic of the turbulent rollout over the past two years of California’s newly regulated medical and recreational cannabis market.

While California remains the largest marijuana industry in the world, with nearly $3 billion in sales in 2019 alone, an estimated 80% of transactions still take place in the underground market, according to a report by Boulder, Colorado-based BDS Analytics and San Francisco-based Arcview Market Research.

That’s a number that jibes with most California industry insiders, who say the illicit market is arguably stronger than it’s been since before the state initially legalized medical cannabis in 1996.

By that metric, Proposition 64, which legalized recreational marijuana in California in 2016, has been “the most colossal screw-up I’ve ever seen,” said Troy Dayton, Arcview’s co-founder and chief strategy officer.

The legalization initiative – which was a divisive ballot measure even within the state’s MJ industry – argued within the text of the measure itself that, if it passed, legal cannabis companies would “incapacitate the black market.”

While that might happen in the long term, the past two years have played out in the exact opposite way than what Proposition 64 backers had hoped to see.

“The perfect storm has occurred here in California, with taxes and regulations,” said Andrew DeAngelo, co-founder of Oakland retailer Harborside. “We learned that we got this very, very wrong.”

Not only has the number of businesses operating legally in California shrunk by tens of thousands, but in late 2019, cracks began to appear in the licensed market – a hint that many legal operators might not survive despite immense demand for quality cannabis in the state.

After layoffs at both large and small companies up and down the supply chain – which included MedMen, Pax Labs, Cannacraft, Grupo Flor and others – reports surfaced that many businesses are delinquent in paying their bills.

That likely stems in part from sales lost to illicit marijuana dealers and a general lack of income.

“Going into the year, I’m not aware of any major companies that are profitable,” said Chris Coulombe, CEO of Pacific Expeditors, a Sonoma County-based distributor, and co-founder of the Cannabis Distribution Association.

He predicted a “seizing” of the cannabis supply chain in California by summer if retailers aren’t able to somehow obtain lines of credit or find new sources of income.

But he doubts that’s going to happen, in part because of the 2019 retreat of many investors due to the cratering of cannabis stocks in Canada.

Beyond that, Coulombe and others said, it’s common industry knowledge that many state-licensed companies are playing both the legal and illegal markets, but it’s mostly because they’re desperate for income to keep their businesses afloat.

Coulombe predicted an industry “bloodbath” in 2020 unless California officials take drastic action to alleviate financial pressure on legal businesses, whether through tax relief, the opening of more legal retail outlets or other options.

Before she resigned from the lab in December 2019, Kaul said she conferred with many other labs and ancillary vendors such as software companies and concluded the nonpayment of bills had become an “epidemic.”

“Most labs I’ve talked to, most people are talking about more than a few hundred thousand (dollars). If you expand that across all the labs, it’s probably a few million just owed to labs,” Kaul said.

“If the basis of our entire market can’t even make ends meet, we’re kind of standing on stilts.”

The situation has become so fraught with fear that the California marijuana industry rumor mill has begun churning out premature obituaries as insiders wait for companies to fold.

One such incident occurred recently when Oakland-based East Bay Express reported that Coulombe’s company, Pacific Expeditors, had gone under when, in reality, the business is still operational.

If drastic systemic changes aren’t enacted in 2020, Kaul fears other companies might follow The Guild, a San Jose retailer that was auctioned off last year after creditors foreclosed.

The court-appointed receiver in that case, Scott Yahraus, told Marijuana Business Daily he’s already been selected to manage a deeply indebted retail shop in L.A. and is about to be chosen to run a second in the same city.

That’s not to suggest that California’s legal market can’t be saved, Kaul and others said.

But some companies might already have crossed the point of no return.