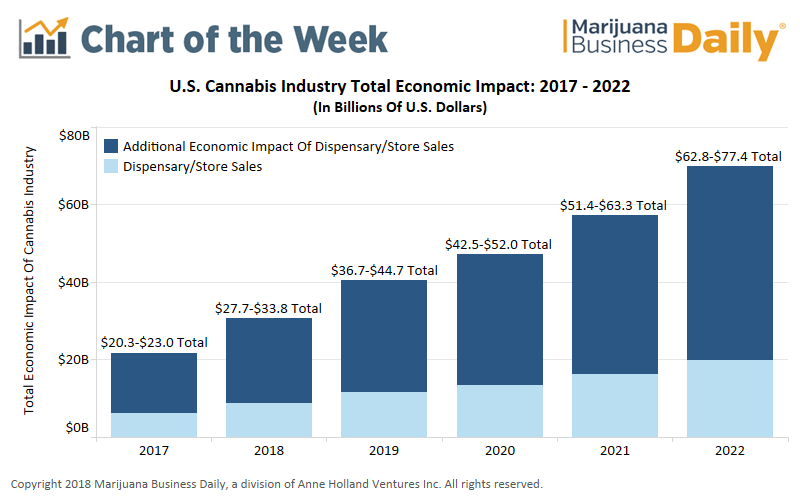 The U.S cannabis industry could pump nearly $80 billion on an annual basis into the nation’s economy by 2022, a staggering figure that highlights the true reach of the marijuana industry.

This data is particularly valuable to marijuana businesses looking to show the benefits of legalization to legislators and policymakers.

ADVERTISEMENT
That’s because it can help them understand the importance of the cannabis industry to the larger U.S. economy – and how much more important it will become.

Estimates published in the newly released Marijuana Business Factbook show the total economic impact of legal marijuana sales increasing from $20 billion-$23 billion in 2017 to $63 billion-$77 billion by 2022 – a 223% increase.

By comparison, the $77 billion figure is similar to the 2017 gross domestic product of New Hampshire, which stands at $81 billion, according to the U.S. Bureau of Economic Analysis.

The estimates reflect the marijuana industry’s rapid transition out of the black market and into a mainstream economic juggernaut, generating thousands of new jobs, providing business opportunities and creating significant ripple effects across the country.

Based on sales of medical and recreational marijuana at the retail level – including flower, infused products and concentrates – the estimates use an economic multiplier of 3.5 to quantify the industry’s overall contribution to the economy, showing how revenue generated by cannabis businesses permeates through communities, cities, states and the nation.

In other words, for every $1 consumers/patients spend at dispensaries and rec stores, an additional $2.50 of economic value will be injected into the economy – much of it at the local level. 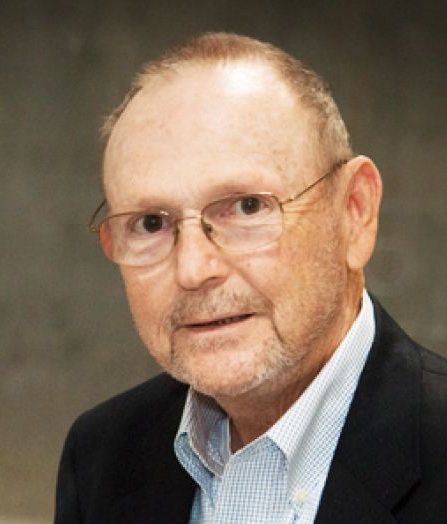