Taxes collected on medical and recreational marijuana sales for the month totaled just over $7.2 million, which is down more than half a million dollars from August.

That brings the year’s tax revenue total through September to $28.9 million.

Though sales took a noticeable jump over the summer, autumn apparently chilled out many customers for some reason. But Michael Elliott, head of the Marijuana Industry Group, told CNN that he thinks it reflects a typical trend in a drop in tourism between the summer and winter. CNN reported that tourists account for roughly 44% of Colorado’s rec marijuana sales in major cities, and twice that much in mountain towns that include ski resorts like Breckenridge.

Industry insiders are confident that sales will go up again for the last few months of 2014. 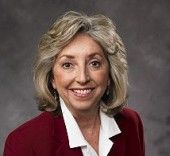