(This is the first installment of a two-part series about legal issues facing marijuana companies. Read Part II here.)

Marijuana companies are seeing an uptick in lawsuits tied to employment issues, reflecting the cannabis industry’s growing pains as it transforms into a more mainstream business.

A former vice president there alleges she was fired for having cancer and because she blew the whistle about sexual practices among company executives “that posed a risk” to the firm.

ADVERTISEMENT
Attorneys say the increase in such lawsuits has occurred because many cannabis companies have focused on boosting profits and growing their businesses – without creating human resources departments to handle personnel issues.

That has triggered a rise in the cannabis industry’s workforce which, in turn, has led to an increasing number of lawsuits over everything from wrongful termination and discrimination to sexual harassment.

The suits can potentially cost a company tens of thousands of dollars and create negative publicity. Attorneys said MJ companies need to implement professional HR practices to prevent such litigation.

“There certainly has been an increase over the years and I expect that it will continue,” said Henry Wykowski, a prominent MJ attorney in San Francisco.

“You should be very careful when making a determination when to terminate somebody,” he added. “Make sure it doesn’t come back to haunt you.”

The Electrum lawsuit, filed last week by Pamela Johnston in a U.S. court in New York, singles out the company’s founder, Leslie Bocskor.

Bocskor, for his part, declined repeated requests from Marijuana Business Daily to comment for this story.

Another recent case: The parent company of Marijuana Business Daily is involved in an ongoing legal dispute with its former president and publisher over employment-related issues, including those tied to his termination, compensation and noncompete agreement.

These types of lawsuit aren’t necessarily new in the cannabis sector.

In 2015, for instance, a former attorney at the marijuana software firm BioTrackTHC sued the Florida company over alleged violations of an employment contract.

The change, however, is that this type of legal action is becoming more common.

Daniel Shortt, a Seattle cannabis attorney with the Harris Bricken law firm, is among those who noted a marked increase in employment-related lawsuits.

Companies have approached Shortt’s firm after having been targeted for unlawful termination or violations of employment contracts.

“You shouldn’t treat your marijuana business as if it’s some special entity when it comes to employment and labor,” he said. “You have to operate as a business first. That means complying with employment laws at the state and federal level. ”

“All of those cases occur,” she said. “Anything that happens in the normal business world is going to happen in the marijuana business world.”

Her cannabis clients have had issues with employees allegedly mismanaging product inventory. That can lead to problems with tracking and reporting inventory to the state. That, in turn, can create the appearance of product diversion.

“All that needs to be carefully documented,” Gillette said. “Not only to terminate, but also to make sure that the business can show that they addressed the issue, what happened with the compliance violation, etc.”

In terms of contracts, Gillette has seen issues tied to noncompete clauses that people have signed.

Often the noncompetes are unenforceable – or courts are loathe to enforce them – if, for example, they spell out an unreasonably long time that a former employee is barred from taking a job at a competitor, according to Gillette.

She added that employers often incorrectly classify their staff as independent contractors. That can mean a business fails to withhold state and federal taxes for an employee.

“There can be substantial penalties with that,” Gillette said.

Aside from the sexual harassment, wrongful termination and discrimination claims, other major issues Gillette sees as crucial are safety and health violations, specifically when employees are handling and applying pesticides.

“I’d like to see employers – as much planning as they put into their grow facilities – I’d like them to put the same amount of planning into their work environments for their employees,” she said.

HR takes back seat to growth

“We see it constantly that clients don’t have these things in place and don’t think about putting them in place until they have a problem,” said Keegan Peterson, founder and CEO of Wurk, a Denver tech company offering a platform that helps cannabis companies manage HR activities.

Not only does this issue arise as a result of a growing industry, but it’s common to see startups struggle with the HR piece as they expand.

Small businesses “tend to pay less attention to it,” said Barton Morris, principal attorney with the Cannabis Legal Group in Royal Oak, Michigan. “But it’s one of the most important parts of the business.”

Shortt said it’s important that a small company at least be aware of these issues as the business grows until it can bring on someone full time.

“A lot of these businesses are small, and they don’t necessarily have an HR person,” he added. “One option is to have someone in management take on that role to make sure those things are in place.”

The situation has implications for the entire MJ industry.

“We don’t want to be the industry that’s not doing these things,” said Peterson. “That doesn’t treat its employees right.”

Cannabis businesses capitalize on banks, factories and properties with past historical interest 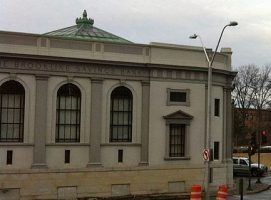 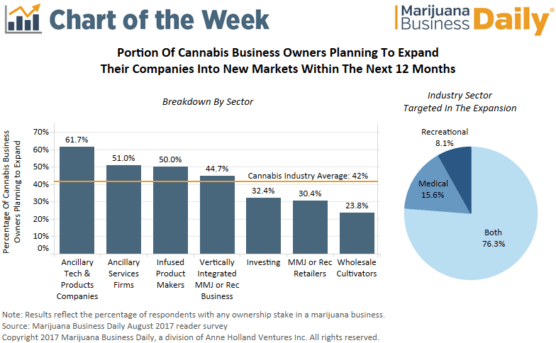