Prospects of federal marijuana reform – and the growing fortunes of cannabis businesses – could become more of a reality if the U.S. House turns over to a Democratic majority in the Nov. 6 elections, industry experts predict.

Cannabis proponents believe if the House breaks the deadlock on federal reform, the Senate will follow because it recognizes that the majority of Americans favor legalization.

“If Democrats are in charge (of the House), I think the momentum will be unstoppable,” U.S. Rep. Earl Blumenauer, an Oregon Democrat, said last week during a media conference call as he unveiled a blueprint for action.

ADVERTISEMENT
While Democrats winning the House makes reform more likely, “it’s the people in leadership who have the power … and whether they want this to get done sooner or later,” cautioned Douglas Berman, an Ohio State University law professor who writes about marijuana policy.

And don’t underestimate the influence of President Trump or U.S. Attorney General Jeff Sessions if he stays put, Berman said.

Trump suggested he “probably” would support legislation allowing states to decide whether MJ should be legalized without federal interference, such as through the STATES (Strengthening the Tenth Amendment Through Entrusting States) Act.

Sessions, however, is staunchly anti-marijuana.

Berman and others said one of the most intriguing things to watch is whether Trump dismisses Sessions and, if so, whether his replacement has a more favorable view of marijuana.

Here are other factors to consider as the Nov. 6 elections get closer:

1. What are the chances Congress will go to the Democrats?

Some say it’s a pretty good bet the House will flip to the Democrats – a 6-in-7 chance as of Oct. 22, according to FiveThirtyEight.com, which makes probability forecasts based on polls and key indicators.

The Senate? As of Monday evening, only a 2-in-9 chance.

2. Even if the House doesn’t flip, could marijuana reform get a boost?

House Rules Committee Chairman Pete Sessions (no relation to Jeff Sessions) has been a thorn in the side of reform and blocked a number of marijuana bills from reaching the floor.

“I think we have an excellent chance of passing the STATES Act no matter who controls the House,” said Neal Levine, chief executive officer of the Cannabis Trade Federation.

Levine notes the legislation has sponsors from both parties and support from President Trump.

“I don’t think we’ve ever been in a stronger position to pass a really vital, functional piece of legislation on the federal level,” Levine said.

The STATES Act would amend the federal Controlled Substances Act to allow each state to determine its own approach to marijuana legalization. And it would allow state-legal businesses to enjoy the same banking arrangements and tax benefits as any legal business in the United States.

Mason Tvert, spokesman for the Marijuana Policy Project (MPP), agrees the STATES Act “could receive serious consideration regardless of who’s in control of the House or Senate.”

But Tvert also acknowledged legislation could be challenging to pass, even if the House flips to Democrats.

3. If not the STATES Act, what reform is most likely?

“The big question is whether a robust, multifaceted legalization bill could pass or whether it would be smaller bills,” said Rob Kampia, founder of the Marijuana Leadership Campaign which, among other things, has worked to unseat Pete Sessions.

Even if the House flips, Kampia said he could see Democrats playing it safe. For example, they might support medical marijuana on a federal level but not necessarily recreational marijuana.

That makes sense to A. Lee Hannah, an assistant professor of political science at Wright State University in Ohio.

Hannah has analyzed how the narrative about MMJ evolved over the years, from reports about potential benefits for cancer patients, to helping those with opioid addiction, epilepsy and post-traumatic stress disorder.

If one looks at states as the laboratories of democracy, Hannah said, “now that you have had 22 years of being in a lab and the sky hasn’t fallen, you could definitely see a scenario” of Congress supporting medical cannabis first.

California was the first to legalize medical marijuana in 1996.

4. What other bills could get attention?

Tvert mentioned two measures that might be easier to pass than a comprehensive legislative package:

Sure, a Senate panel prevented the bill from moving forward this summer, but it does have 19 co-sponsors in the Senate. And a similar measure in the House has 95 co-sponsors, Tvert noted.

“It can be framed as a public safety issue,” he said, referring to evidence that all-cash businesses are more susceptible to violent and financial crimes.

If the House passes the legislation, senators could go for it “without feeling they are proactively supporting marijuana legalization itself,” Tvert said.

That’s a bill that “certainly could see momentum,” Tvert said.

5. Could Trump use marijuana reform to his advantage before the 2020 elections?

For example, states such as Arizona, Florida and Ohio all might have a recreational marijuana initiative on their 2020 ballots, Berman noted. Those states combined could be critical to winning the presidency.

He offered this scenario:

Trump and the Republicans take a slow walk on cannabis reform until late 2019 or early 2020, then agree on, say, legalizing medical marijuana federally – leaving adult use up to the states. Republicans then try to seize credit, and the wind is taken out of the Democrats’ sails. 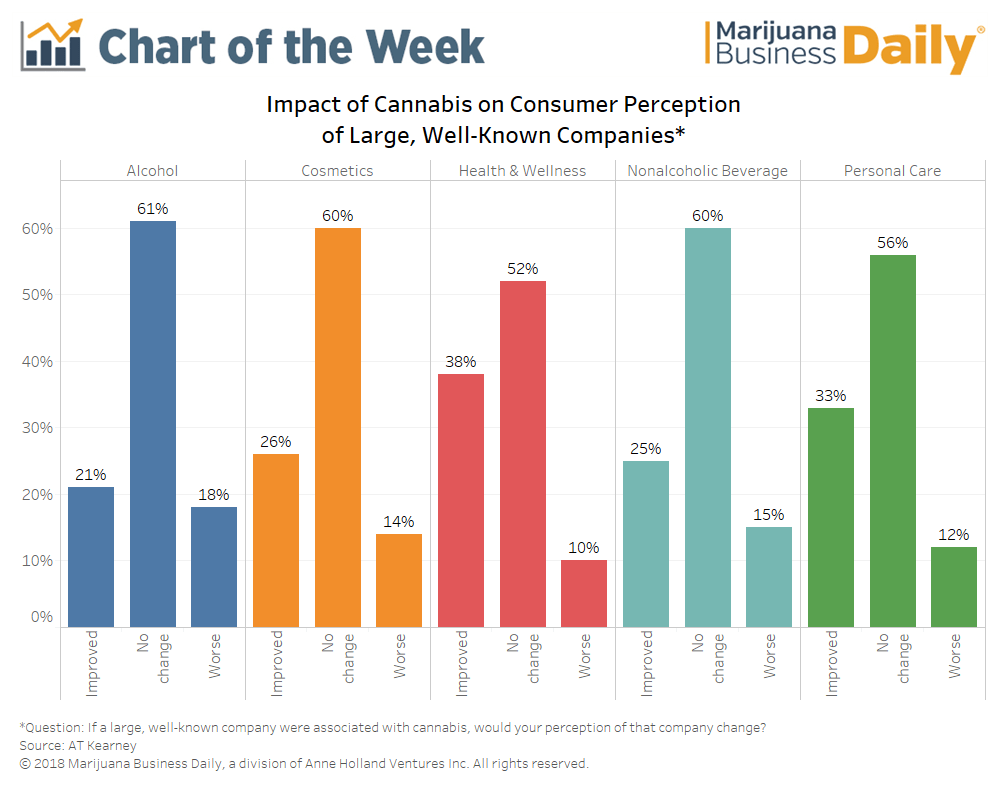 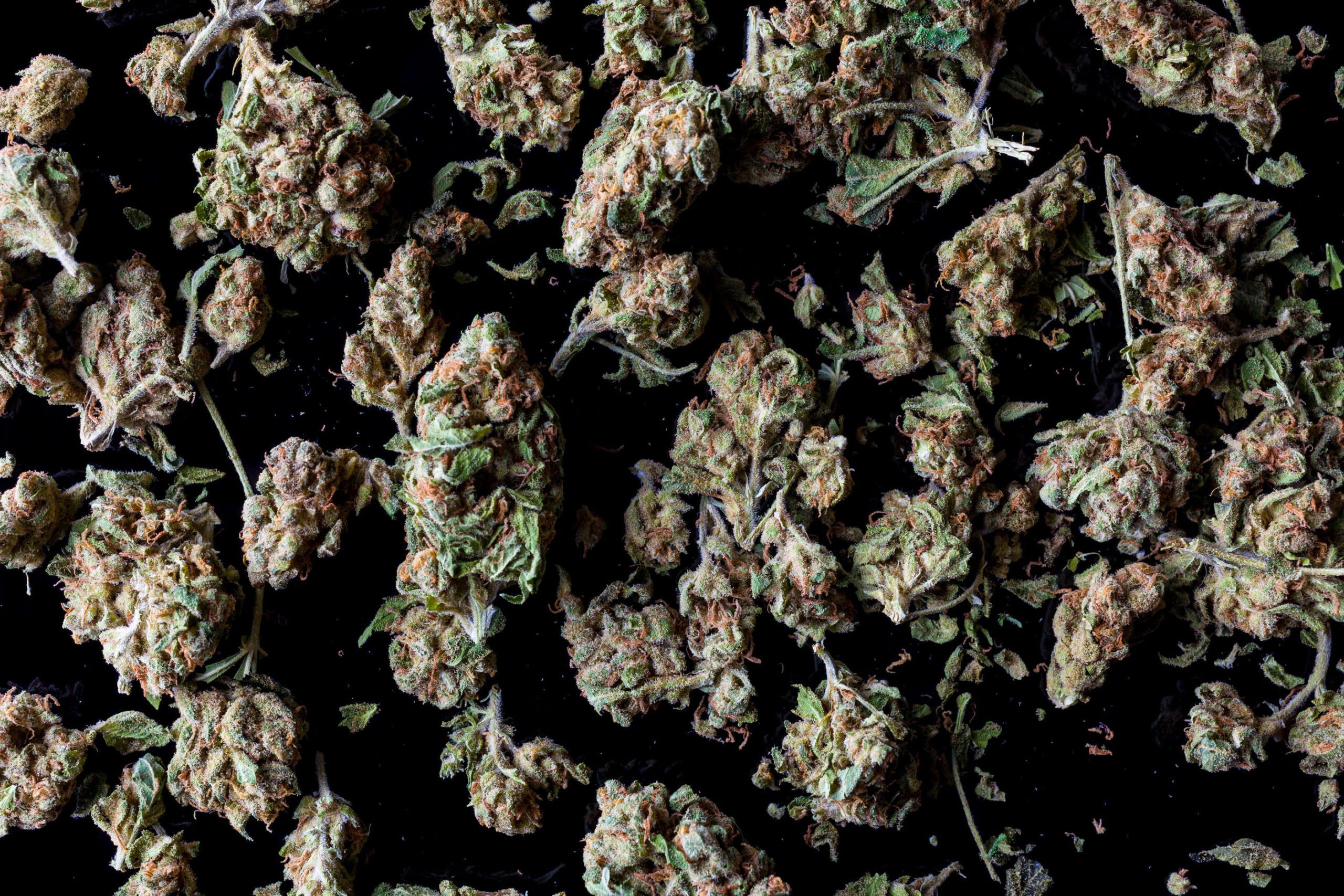