Last October brought a dramatic change to Colorado’s recreational marijuana market when the state axed its vertical integration rule and opened up the industry to new players.

These moves have spawned business opportunities and paved the way for a wholesale cannabis market, but they have also created challenges for existing cultivation operations and led to a shift in the industry’s dynamics. They’ve also sparked fears of an impending price collapse that could turn the industry on its head in the coming months.

“A lot of the people in the industry realize that there’s an imminent price collapse that’s coming because of all of the stand-alone growers that have come online since October,” said Toni Fox, the owner of 3D Cannabis Center, a rec shop in Denver. “We’re talking thousands, millions of square feet of grow space that were not online that are now. And those are stand-alone growers, so they’re going to flood the wholesale market, and the price of marijuana is going to collapse.”

When Colorado’s rec industry got up and running on Jan. 1, 2014, only existing medical marijuana businesses could apply for permits to get into the rec side of the industry. But the state opened up the application process last summer to other entrepreneurs who didn’t already have MMJ operations, and then began issuing those permits on Oct. 1.

That date also signaled an end to a mandate that rec shops grow at least 70% of the cannabis they sell, which helped bolster the wholesale cannabis market and allowed cultivation-only focused businesses to emerge. (MMJ dispensaries must still grow the majority of what they sell.)

The changes have led to a noticeable increase in business activity. The number of licensed rec marijuana companies has jumped by roughly 35% since Oct. 1. As of early this month, there were 869 licensed rec businesses in the state, compared with 644 in September.

The 225 new recreational permits issued in the past four months include licenses for 92 retailers, 99 cultivation operations, 30 infused product manufacturers and four testing labs.

By comparison, it awarded just 34 new MMJ permits from Oct. 1 through early February.

The rise of the wholesale cannabis market and the increase in new companies has pushed down prices to some degree.

According to Cannabase, an online marketplace that connects retailers and wholesale growers, the price of recreational marijuana dropped roughly $600 per pound between September and December last year.

“The margins are getting squeezed,” said Cannabase CEO Jennifer Beck. She added that there’s “absolutely” a price crash on the way for Colorado’s marijuana industry, but optimistically predicted that it’ll wind up being a “blip on the radar” in the long term.

A year ago, she was purchasing wholesale cannabis from other shops for $4,000 a pound. Since then, it’s gone down to an average of $2,000 a pound in recent months, she said.

In mid-February, Fox had sellers offering her marijuana for just $1,200 a pound. And she fully expects that by the summer, wholesalers will be offering marijuana to shops for $500 a pound.

“The people that are in this industry better be ready for a war, and it’s going to be a bloodbath this summer,” Fox said.

Fox said that’s one of the reasons she’s decided to sell her Denver store and move full-time to Salida, a mountain town three hours southwest of the state’s largest metro area, where she has a second smaller cannabis shop. She’s even willing to lose out on a possible profit from selling 3D just because she doesn’t want to have to deal with the price war she sees on the horizon.

“I know if I could give it another few months, I might be able to get a little more for it, but with the impending price collapse, and the wars that are about to happen, I feel that now is a great time to exit the competitive market,” Fox said.

Michael Elliot, the executive director of the Marijuana Industry Group, said he’s been hearing from concerned companies that overproduction could lead some desperate cultivators to turn to the black market, to get whatever price they can instead of simply destroying product they can’t unload.

“What I’ve heard is there’s a lot of low-quality product out there, and I’ve heard a lot of people are concerned that because it’s low quality, it’s not going to sell,” Elliot said. “(Diversion to the black market) is one of the core eight principles that the Department of Justice discussed that we as a state have to do everything we can to prevent. So the problem with overproduction is if we’re producing more than is being demanded in Colorado, that’s the danger, is that it leads to illegal diversion.”

Elliot’s worry is that if the issuance of new business licenses by the state leads to overproduction, and if that in turn winds up boosting the black market either in Colorado or outside its borders, then it could become a much larger problem for the industry as a whole.

He went so far as to suggest some “reasonable caps” for the Colorado cannabis industry, and said the fact that there are already some production caps is a step in the right direction. The MED might even consider slowing down or stopping issuing new licenses for a while, Elliot said.

“We’re not taking a position right now on whether they should stop issuing these grow licenses,” Elliot stated, but added that it’s “certainly something they could do to help address the problem.”

Others are still upbeat about the forces at play in Colorado’s market, and say it’s too soon to tell what the long-term effect of so many new businesses will be.

“Really, it’s going to take several more months to see the impact on the market,” said Christian Sederberg, an attorney who works closely with the cannabis industry. “At this point, I think it’s too early to measure the impact. But in general, allowing new people to engage in the market as retailers and cultivators is a good thing.”

Sederberg also pointed to the tiny time frame for businesses between Oct. 1 – when the MED first started handing out new business licenses – and February. That small of a window, he said, wouldn’t yield enough data to really assess how the October changes have really affected the industry across the state.

That being said, Sederberg added that he wouldn’t be surprised to see some businesses fail this year – or get bought out – with the added competition.

“These are difficult business plans to sustain, especially if a lot of your competitors are already vertically integrated,” Sederberg said.

For some in the trade, however, the boom in licenses and growers has been good news. Edibles manufacturers, for example, now have far much more to choose from when it comes to picking the right product.

“We had periods of time last year when access to trim was challenging,” said Joe Hodas, chief marketing officer at Dixie Elixirs. “We didn’t have it when we needed it, and now we have pretty safe supply, to we’re able to produce products on an appropriate schedule, we’re not back-ordered on things, so we’re definitely seeing a benefit there.” 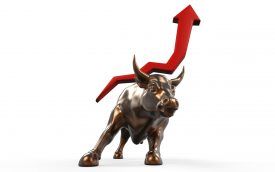