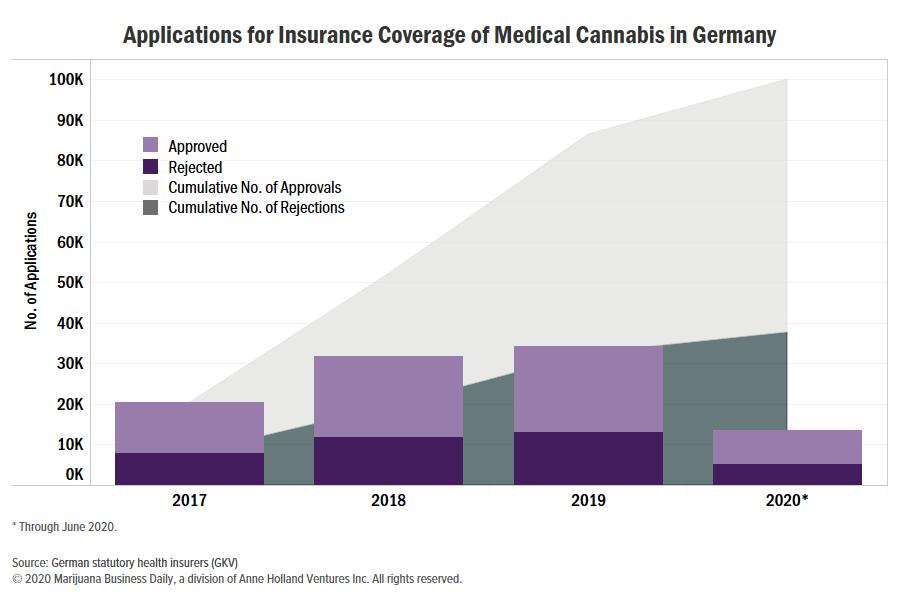 Applications for medical cannabis reimbursements with German statutory health insurers (GKV) have hit the 100,000 milestone this year – and 62% were approved, according to data obtained by Marijuana Business Daily.

The figure accounts for individual applications submitted since the current program started in early 2017 through mid-2020.

ADVERTISEMENT
This is the first time comprehensive data about cannabis applications for reimbursement have become available in recent years.

Last March, the government said it did not have such information available.

Some insurers have consistently higher approval rates than others, but on average, 62% of the applications have been approved every year since 2017.

The relatively large number of rejected applications seems to contradict the law reform of 2017 that allowed insurers to reject coverage only in “exceptional cases.”

Almost 90% of the population in Germany is covered by a GKV, and the insurers that provided MJBizDaily the information represent about three-quarters of the population within the statutory health insurance system. They included:

MJBizDaily extrapolated the data to cover the whole population with statutory health insurance.

Because not all insurers provided the data in the same way – for instance, some end dates differed – MJBizDaily also extrapolated to fill in minor gaps.

The data does not include patients with private insurance, who account for a little more than 10% of the German population or patients who pay out of pocket for their cannabis medicine despite being insured through a GKV.

Germany is among the countries that proactively disclose almost no data about its medical cannabis industry, a list that included Israel until only last month.

Marijuana Business Daily estimates that all GKVs approved a combined total of 62,322 applications for the reimbursement of medical cannabis since the beginning of the program in March 2017 until mid-2020.

Some had expected that, with time, the approval rate would increase, as doctors and patients learned how to avoid submitting incomplete applications. But that hasn’t happened.

“Something that would help to increase the approval rate is new scientific evidence which doctors could use and reference to, showing GKVs that cannabis treatment is efficacious and can improve the condition of the patient,” Dr. Yvonne von Coburg, director of medical affairs of Cologne-based Cannamedical, told MJBizDaily.

The number of approved applications shouldn’t be confused with the total number of actual patients, which is unknown.

Some factors suggest the number of actual patients receiving cannabis coverage from their GKV is lower than the number of approved applications for coverage.

Barmer is a major statutory health insurer where patients seem to have a higher chance of getting their application for medical marijuana coverage approved.

Other major GKVs have had approval percentages as low as 58% since 2017.

Differences of up to 11 percentage points among different GKVs persist in 2020.

“Furthermore, based on different regulations of the GKVs in the German federal states, also the prescription behavior of doctors is affected.”

Less than 0.1% of population

Among the major insurers, the accumulated number of applications approved since 2017 is less than 0.1% of their insured population.

The only exception is Barmer, which has approved applications representing 0.13% of its insured population.

Such a low percentage indicates there is ample room for growth, particularly when compared to certain states in the U.S. or Canada that have 1% or more of the population accessing medical cannabis.

It also serves as a reminder that medical cannabis markets evolve differently around the world, depending on such factors as:

The German law amendment of early 2017 established that any physician – excluding dentists and veterinarians – can prescribe medical cannabis for any condition. Statutory health insurers are expected to cover the cost, provided:

A 38% rejection rate does not seem to be what legislators had in mind when they drafted the law amendment, allowing insurers to reject coverage only in “justified, exceptional cases.”

Only on-label use of finished pharmaceutical products with marketing authorization such as Sativex has automatic health insurance coverage and doesn’t require an application.

For all other cases – including off-label use of Sativex – an application must be turned in if reimbursement is desired. 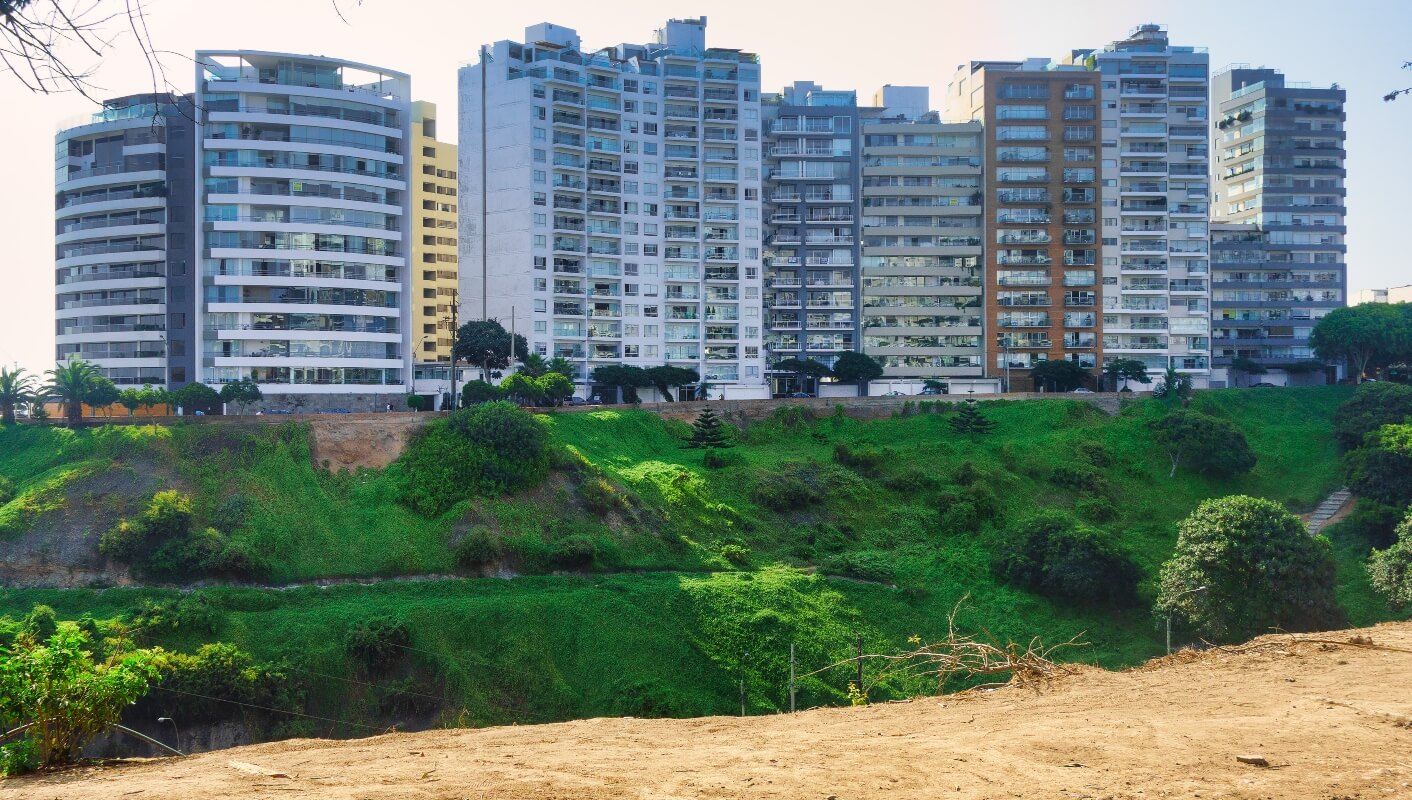