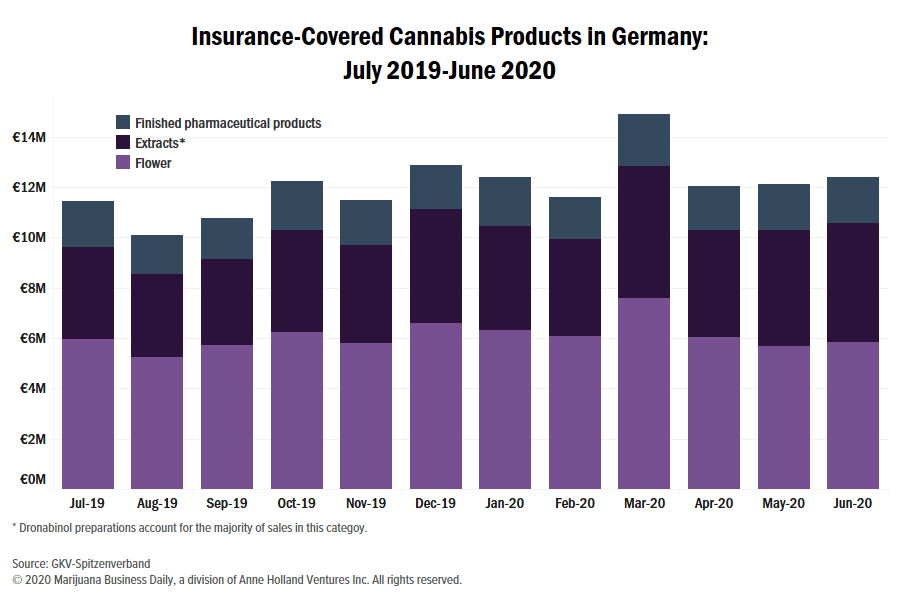 Insurance reimbursements for cannabis in Germany dropped for the first time – on a quarterly basis – since the current medical program started in early 2017, according to new data for the quarter ended June 30, 2020.

The reason: Prices fell while the number of prescriptions barely grew.

This is consistent with Marijuana Business Daily’s forecast last April that Germany’s new price agreement between pharmacies and insurers would likely impact revenue and compress margins across the supply chain.

ADVERTISEMENT
In the second quarter of 2020, total reimbursement of cannabis and marijuana-related medicines were 36.7 million euros ($43.6 million), according to data from the German National Association of Statutory Health Insurance Funds (GKV-Spitzenverband).

German pharmacies processed 80,525 prescriptions under the statutory program in the second quarter of 2020, up 3% from the previous quarter.

The fact total revenue went down 6% while the number of prescriptions increased 3% can be explained by a lower average cost per prescription.

In previous quarters, the average prescription covered by insurance was about 500 euros. But in the second quarter of 2020, the cost fell to 454 euros.

In May, MJBizDaily provided a calculator to help businesses understand how the new pricing scheme works for flower.

Prescriptions for extracts – including both full-spectrum and isolates – increased significantly, from 30,266 to 34,767, but the total revenue for extracts remained largely unchanged because of lower average prices.

These trends – slower growth rate, smaller margins and the increasing relevance of extracts – were predicted in the Germany chapter of MJBizDaily’s recent report, “Medical Cannabis in Europe.”

March was the strongest month since the current regulatory framework was implemented in early 2017, with total reimbursements reaching almost 15 million euros.

The likely explanation was stockpiling stemming from the COVID-19 pandemic.

Sales in April, May and June remained stable, 12 million-12.5 million euros each month, or about the same values as the final months of 2019.

All reimbursement data is based on retail prices at pharmacies, which are the only authorized points of sale for patients in Germany.

For products not included in the “finished pharmaceutical products” category, pharmacies used to mark up prices as much as 100%.

But that changed, retroactive to March 2020, with margins slightly compressed across the supply chain.

Because reimbursement data does not include those payments, the total sum covered by statutory health insurers should not be considered as the total market size.

The German government acknowledged earlier this year it does not know how much cannabis was sold in Germany in 2019 because it has no data about private prescriptions.

All cannabis and marijuana-related products are included in the data, from unprocessed flower to finished pharmaceutical products such as Sativex. Only Epidiolex sales are excluded.

Flower – which includes the categories “unprocessed flower” and “flower used in preparations,” typically sold as ground flower – continues to account for about half the total insurance-covered cannabis market.

Flower represented 48% of total reimbursements during the second quarter of 2020, down from 51% the previous quarters.

Extracts sold as magistral preparations went up from 34% to 37% of total reimbursements.

Finished pharmaceutical products, a category represented mostly by Sativex, remained stable and represented the remainder 15% of the market.

Within the extracts category, the majority of the sales are represented by pure THC preparations – sold to pharmacies as dronabinol API – but also included are some pharmaceutical CBD sales as well as full-spectrum extracts.

Canada’s Canopy Growth produces most of the dronabinol sold in Germany, much of it plant-derived.

So far in 2020, Germany was surpassed by Israel as the No. 1 importer of flower in the world.

But, unlike Israel, which has operational in-country growers, Germany’s own domestic flower production is not expected to reach retail shelves until 2021.

So far, all flower and full-spectrum extracts reimbursed are imported into Germany either from Canada, the Netherlands, Portugal and, more recently, Spain. 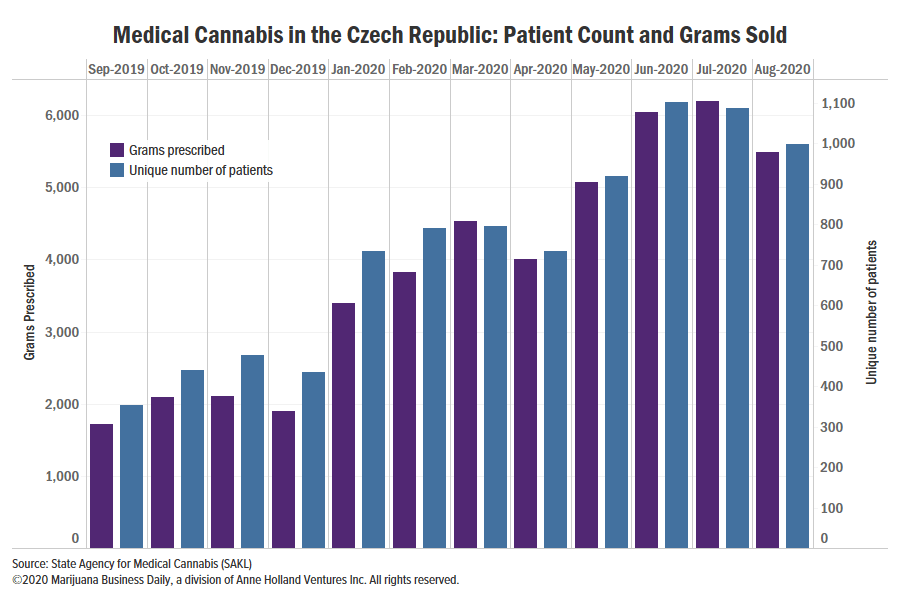 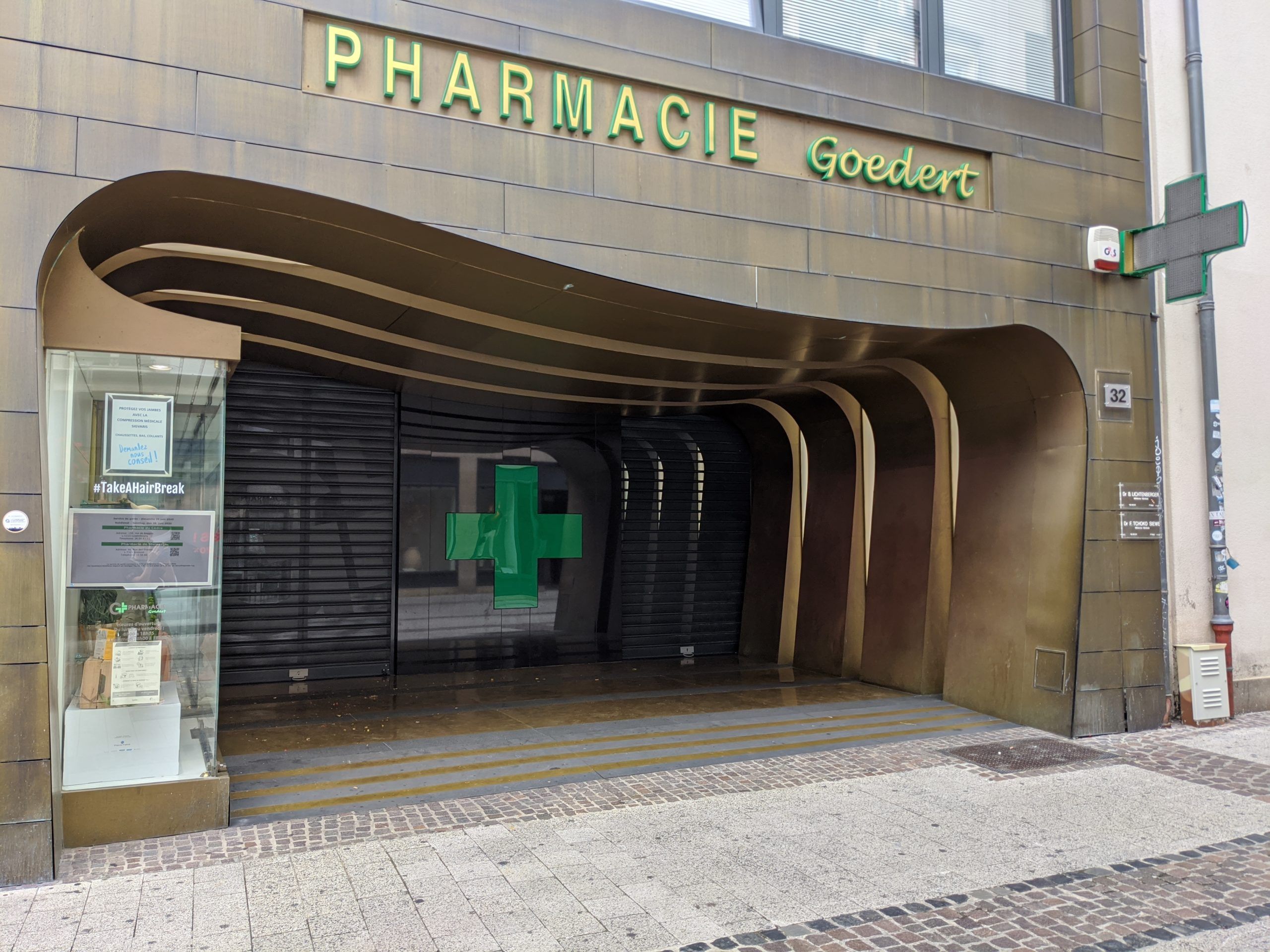