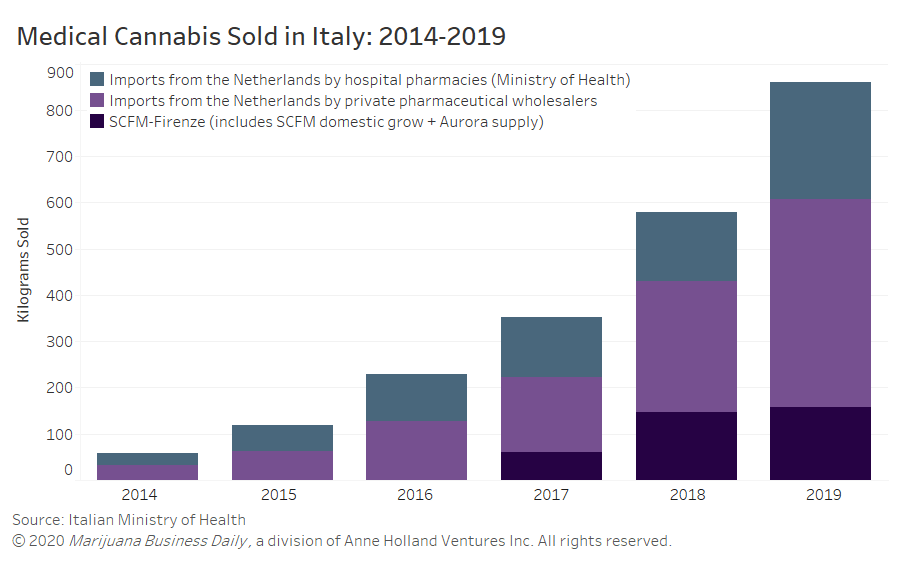 Patients in Italy bought 861 kilograms (1,898 pounds) of medical cannabis in 2019, a nearly 50% increase versus the 578 kilograms sold in Italian pharmacies in 2018, according to new data from Italian health authorities.

Most of the growth is attributable to an increase in imports from the Netherlands, which allowed patients in Italy access to more medical cannabis.

ADVERTISEMENT
The data helps paint a picture of Europe’s second-largest medical cannabis market by sales volume of flower and other full-spectrum products.

Italy ended the year far behind Germany in domestic sales but ahead of the Netherlands.

The three countries – the largest European markets – ended the year ranked the same as they started it.

The 861 kilograms sold in Italy last year was in line with the 900 kilograms that Marijuana Business Daily forecast in its 2019 report “Medical Cannabis in Europe: The Markets & Opportunities” report.

Despite the growth, the cumulative legal market for medical cannabis in Europe remains smaller than Canada’s.

A little more than 80% of the 861 kilograms sold in Italy last year was imported from the Netherlands, either directly by hospital pharmacies – a part of the Ministry of Health – or by a few private pharmaceutical wholesalers that distribute to pharmacies. That is up from 75% in 2018.

Italy is the second-largest export destination for the Dutch Office of Medical Cannabis (OMC).

The Dutch agency exports flower produced by Bedrocan, the sole commercial grower in the Netherlands.

Italy, like Germany, largely depends on imports to meet demand.

But unlike Germany, Italy already has some domestic production, conducted exclusively by the Ministry of Defense through its Stabilimento Chimico Farmaceutico Militare (SCFM) in Florence, the capital of the Tuscany region.

The SCFM was responsible for distributing to pharmacies 157 out of the 861 kilograms sold in Italy in 2019.

However, not all of those 157 kilograms were produced by the SCFM in Italy. This is because the SCFM also bought some flower from Aurora Cannabis – produced in Canada – to distribute to Italian pharmacies.

The Canadian company, citing confidentiality, declined to tell MJBizDaily exactly how much cannabis it shipped to Italy in 2018 and 2019.

Considering local reports that the SCFM produced about 100 kilograms per year in 2018 and 2019, it would mean Aurora shipped some of the 100 kilograms of that first supply application process in 2018 and the rest in 2019.

Aurora also was the sole winner of a second application process in mid-2019, offering an average price of 1.73 euros per gram for a total of 400 kilograms over a period of two years.

Forty of the 400 kilogram supply was subsequently canceled by the Ministry of Defense, justifying the decision by saying one of the lots originally tendered was “not necessary.”

The SCFM is expected to increase its domestic production in 2020.

Despite Italy being one of countries hardest hit by the COVID-19 pandemic, distribution and access to medical cannabis has continued more or less as usual.

Fabio Di Francesco, a compounding pharmacist based in Rome who specializes in medical cannabis, told MJBizDaily that the coronavirus has not directly impacted Italy’s medical cannabis supply.

“This is really good because there are many patients that now need this more than ever,” Di Francesco said.

‘Fortunately, we’ve had imports from the Netherlands in the meantime.”

The pharmacist noted that, from the two cannabis varieties that the SCFM produces, one has not been available since mid-2019, meaning there’s only one domestically produced strain available in the country.

“Despite the pandemic, the current supply situation is good, but the reality is that with or without coronavirus, it seems like there’s never enough cannabis,” Di Francesco said.

All medical marijuana flower sold in Italy is produced in facilities with European Union-Good Manufacturing Practice certification and irradiated to reduce as much microbial contamination as possible.

In Germany, supply of medical cannabis has also remained largely unaffected by the pandemic.

Italy has 20 administrative regions with some level of autonomy for health policies.

The majority of the regions offer patients some insurance coverage for medical cannabis, but the qualifying conditions vary.

The Tuscany region, in the center of the country, leads Italy in sales. It is followed by:

An update of MJBizDaily‘s 2019 report “Medical Cannabis in Europe: The Markets & Opportunities,” including more details about Italy and a realistic analysis of the other main European markets, will be published in May. 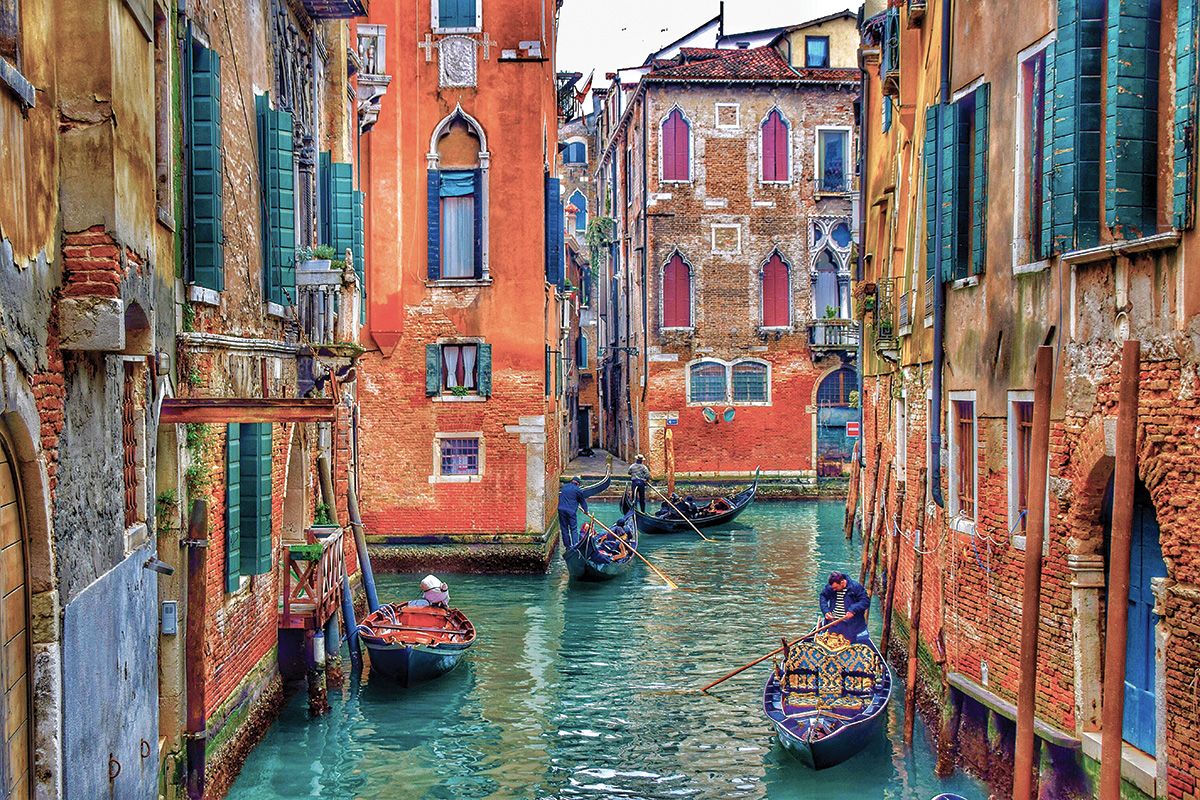 Ontario cannabis pickup and delivery: Expert tips to get your store back in business 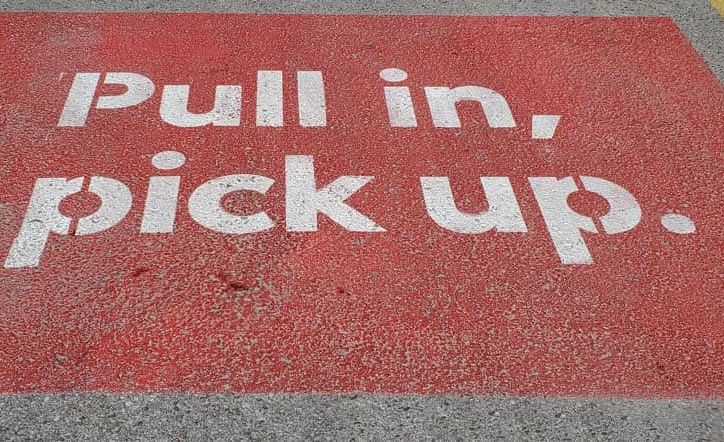