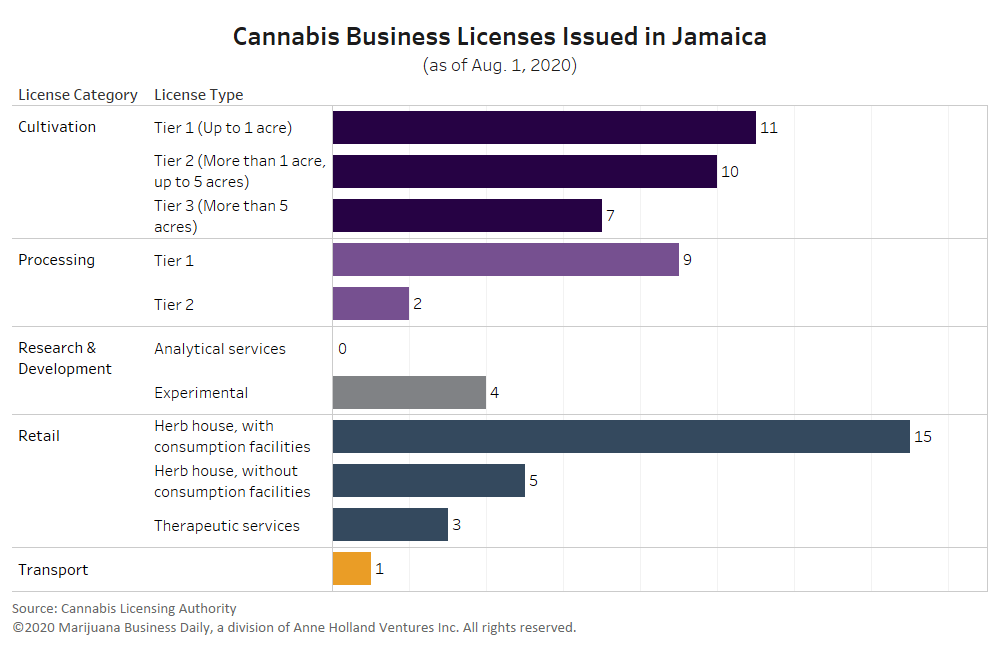 The total value of trade between Jamaica’s cannabis industry license holders was approximately $1.34 million from May 2019 through July 2020, according to recent figures provided  by the Cannabis Licensing Authority (CLA) to Marijuana Business Daily.

July’s total of about $74,500 is an increase from June’s $51,500, demonstrating steady industry growth despite persistent banking challenges.

ADVERTISEMENT
The CLA also provided an updated account of licenses issued as of July 31.

That is an increase from 14 stores about a year ago.

The 67 business licenses issued thus far is an increase from 47 as of last September.

In addition, 21 applicants are in the queue at the “license granted” stage, meaning they have to either pay their license fees in full or enter into an agreement with the CLA for payments over a stipulated period of time as facilitated in the Dangerous Drugs (Cannabis Licensing) (Interim) Regulations 2016.

So far there have been 712 applications for a license.

About 315 of those have been granted conditional approval, having successfully completed due diligence checks required to enter the cannabis industry.

By category, Jamaica has issued:

Earlier this summer, Jamaica’s agriculture minister said license holders have had the ability to export cannabis flower and extracts for medical and scientific use since November 2018.

However, Minister Audley Shaw said Canada’s evident “refusal” to allow the importation of commercial quantities of medical marijuana from Jamaica “is putting the investment of several Canadian investors in Jamaica at risk.”

Canada has been criticized for evidently not allowing large shipments of legal medical cannabis into the country for commercial sale. 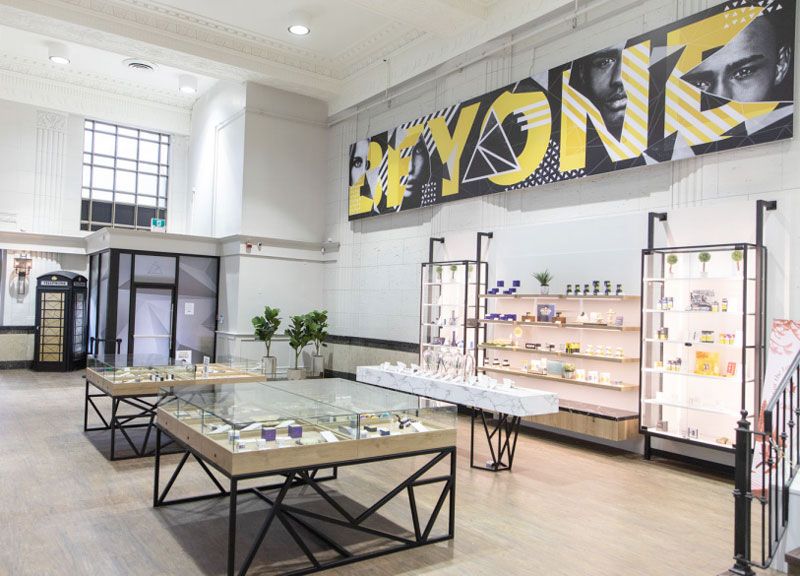