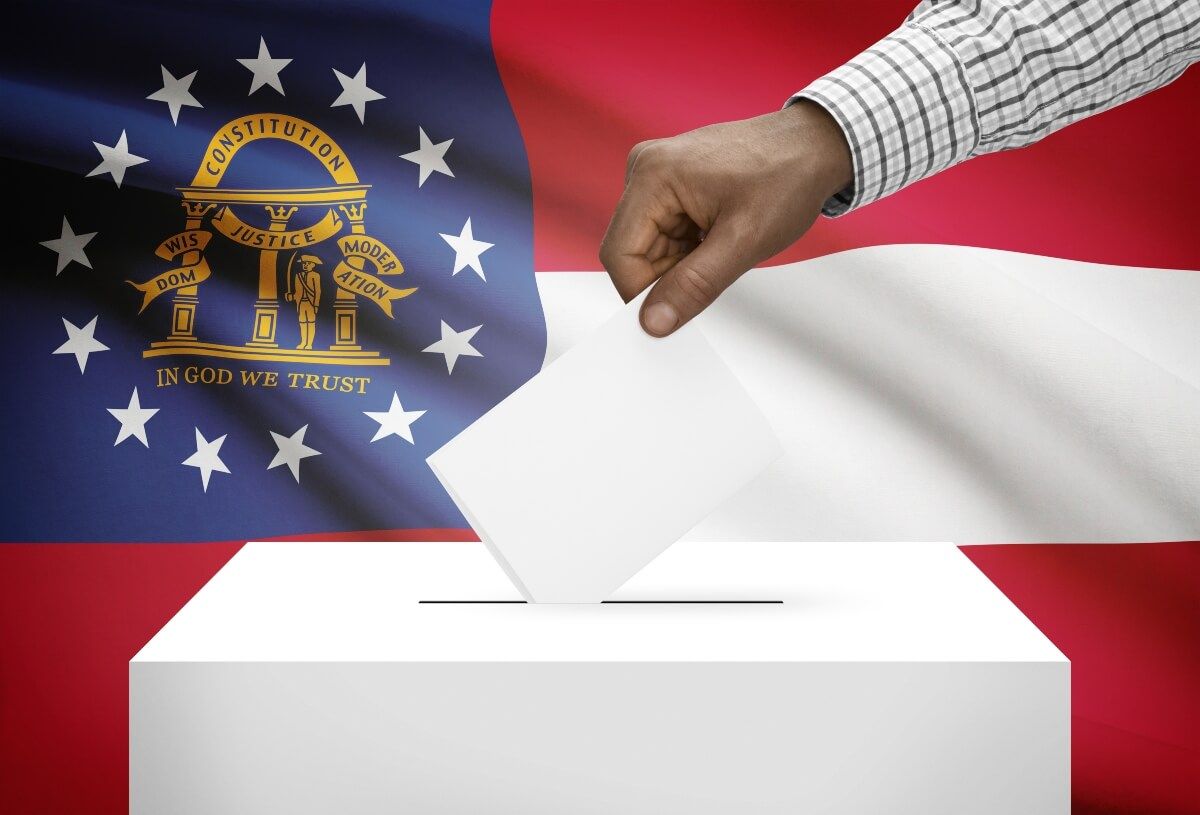 All eyes are on Georgia and two runoff races Tuesday that will determine whether the U.S. Senate flips to Democrats, an outcome that could make the upper chamber more amenable to federal marijuana reform – perhaps even legalization.

Potentially billions of dollars of business opportunities are at stake, depending on the scope and shape of any reform legislation that comes before lawmakers.

The runoff races come only a month after the U.S. House of Representatives passed a historic bill that removes marijuana from the federal Controlled Substances Act.

That vote will remain symbolic unless the Senate changes control. Democrats must win both Georgia seats to take control.

And even if the Senate does flip, major marijuana reform such as greater banking access or legalization could be a tough sell in the upper chamber, which is more politically conservative than the House.

“Dual Democrat victories in the Georgia Senate runoff would definitely increase the visibility and priority of cannabis policy reform in that chamber and would create a better chance of getting hearings and committee votes on both incremental and comprehensive legislation,” Morgan Fox, media relations director for the National Cannabis Industry Association, told Marijuana Business Daily on Monday.

In a recent column for Forbes, Kris Krane, president of Arizona-based marijuana multistate operator 4Front Ventures, called a potential change of control in the U.S. Senate the “best opportunity to end the decades long disastrous policy of cannabis prohibition.”

FiveThirtyEight.com’s polling averages had the Democratic candidates slightly ahead but within the margin of error.

The well-respected Cook Political Report also noted Monday that polling indicates the races are within the margin of error.

Raphael Warnock, the other Democrat, wants to decriminalize marijuana.

Despite the importance of the Georgia races to marijuana reform, major cannabis groups have been shying away from putting money into the campaigns, according to finance reports and interviews conducted by MJBizDaily.

“Unfortunately the impact of the pandemic really hurt our options for financially supporting candidates,” the NCIA’s Fox noted in a separate email.

The emergence of that tape followed Trump disparaging Raffensperger and requesting that Republican Gov. Brian Kemp resign because he refused to intervene in the election results.

President-elect Joe Biden won Georgia, and the Electoral College already has made Biden the winner.

The U.S. Congress has the final step of certifying the Electoral College count this week, and some Republican lawmakers have said they plan to challenge the results.

In a recent research report outlining 2021 themes, New York investment banking firm Cowen was cautious about federal marijuana reform even if the control of the U.S. Senate changes.

Cowen said a change of control would bring the “potential for positive incremental change in cannabis policy.”

But, Cowen added: “Cannabis policy is probably not a high federal priority in the context of other major challenges the incoming administration faces.”

The firm’s analysts added that cannabis banking reform “would seem to be the most likely legislation to pass in the new Congress, potentially with some social equity component.”

Cannabis banking reform would enable financial institutions to serve the state-legal cannabis industry without fear of federal sanctions. That would greatly expand industry access to traditional banking services and capital.

The House passed the SAFE Banking Act with strong bipartisan support in September 2019, but cannabis banking reform has languished in the Senate.

Fox of the NCIA also noted that continuing GOP control of the Senate “does not preclude the possibility of legislation being passed; it simply means that we will likely be stuck with the status quo.”

One hope is that key Republicans will increasingly recognize the support for marijuana legalization among their constituents.

For example, voters in the Red states of Montana and South Dakota voted to legalize recreational marijuana at the November ballot box, while voters in the Deep South state of Mississippi approved medical marijuana.

“Long story short, Democrat wins in Georgia would be great for cannabis policy reform, but it won’t be a disaster if it doesn’t happen,” Fox wrote.

“The latter may perpetuate some of the sticking points we are already working on or create delays (in major reform), but the timeline is still shrinking overall as popular support for regulating continues to grow across party lines and political ideologies.”

John Schroyer contributed to this report.