(This story has been updated to reflect that Verano Holdings’ acquisition of Goodness Growth Holdings has not yet closed.)

Minnesota’s two medical marijuana providers suddenly face droves of new rivals thanks to a groundbreaking state law that allows the sale of intoxicating hemp-derived THC edibles in mainstream retail outlets such as grocery and convenience stores.

The law – passed by state lawmakers in May – unleashed a cannabis boom when it took effect July 1 and reshaped the Minnesota market into what is likely the only one of its kind in the nation.

In effect, the sale of hemp-based, THC-infused food and drinks amounts to what is an adult-use marijuana market.

Moreover, the reinvigorated market is attracting interest from out-of-state hemp farmers and manufacturers.

Under the new law, essentially anyone with the money can set up shop and sell the hemp-derived products.

“The odd thing about our new law is there’s no license requirement whatsoever, so you don’t need anyone’s permission to start selling,” said Jason Tarasek, founder of the law firm Minnesota Cannabis Law.

“If you can afford to rent a storefront, you’re ready for business.”

By contrast, Goodness Growth Holdings, the parent company of Green Goods-branded dispensaries that is being purchased by Chicago-based Verano Holdings, and Green Thumb Industries, which runs Rise stores, together operate only 14 MMJ retail outlets across the state.

In addition, the two licensed MMJ companies are a month behind the hemp retailers in selling edible products.

“This may be a competitive setback for them in the short term,” Tarasek said, adding that a variety of new providers of hemp-derived edibles are likely to enter the market.

The new law allows both delta-8 THC and delta-9 THC products as well as other intoxicants derived from hemp.

But since sales of the THC-infused edibles began, there has been an onslaught of demand from consumers, said Steven Brown, the CEO of retailer Nothing But Hemp and a co-founder of the Minnesota Cannabis Association (MCA).

That, in turn, has given immediate rise to a slew of entrepreneurs looking to capitalize on the wave of edibles-hungry Minnesotans.

“There’s definitely a miniature green rush,” said Brown, who has become both a retailer and a wholesaler of hemp-based, THC-infused edibles.

“The opportunity is endless right now.”

Combine that with a low entry threshold plus a surge in demand from Minnesotans, and the state is experiencing a cannabis revolution, according to Brown.

“What’s really nice about this is it gives the opportunity for minorities and low-income people to actually have an opportunity in the cannabis industry,” he added.

However, those opportunities already are facing limits.

Several Minnesota municipalities have imposed moratoriums on cannabis edibles, and others are considering bans.

The edible products that Goodness Growth and GTI were allowed to begin selling on Aug. 1 are derived from marijuana versus hemp.

That change, implemented by regulators, was announced last December.

Goodness Growth and GTI have an advantage over their hemp counterparts in at least one respect: THC potency.

The two multistate operators are allowed to sell up to 100 milligrams of THC per edibles package, with 10 milligrams per serving.

That’s twice the potency limits of the hemp-derived edibles.

Spokespeople for Verano and Goodness Growth did not respond to MJBizDaily requests for comment.

But a GTI spokesperson told TV station KIMT that an advantage to regulated medical marijuana edibles is their proven lab-tested quality assurance, which means consumers know their products are free of contaminants.

The Minnesota medical marijuana market is projected to hit $70 million to $90 million in sales this year, excluding hemp-based edibles, according to the 2022 MJBiz Factbook.

The start of hemp-based edibles sales overshadowed the marijuana edibles launch, in part by beginning a month earlier.

That might have given hemp-focused businesses such as Brown’s a leg up with consumers, said Tarasek, the Minnesota attorney.

But, he added, “I don’t think it’s any secret that our two medical marijuana manufacturers are here, biding their time, waiting for the adult-use marijuana market to open.”

It’s unclear if and when the state might approve adult-use sales, however.

Legislators have so far failed to agree on legislation, and industry insiders are divided on whether full legalization will happen in the near future.

Once that comes to pass, Tarasek believes, it’s the two MMJ companies that are really positioned to be the big winners.

“Give it another six months. There’s going to be some real regulation behind hemp-derived THC,” Brown predicted.

When lawmakers return to the state capitol next year, Tarasek said, they could simply take the hint from their constituents and decide to fully legalize recreational marijuana: But that will entail the enactment of new rules – and probably taxes – for the hemp supply chain.

“The Legislature is going to need to address that,” he said, “and when they revisit that in January, they may just decide it’s time to legalize everything and make sure that there’s a regulated market, that kids can’t get their hands on it, and that we’re capturing some of the tax revenue.”

Another winner in the new Minnesota cannabis market are hemp farmers and edibles makers from out of state that are well-positioned to supply CBD stores and other retailers with the new types of hemp edibles, since all hemp is federally legal and can be shipped anywhere in the nation.

Both Brown and Tarasek said they’ve heard from out-of-state business interests offering to help restock shops that have sold out of hemp-based edibles.

“They sold out of inventory in a matter of hours,” Tarasek said of Twin Cities-area CBD stores that sold hemp gummies on July 1.

“It’s been a matter of connecting them with more inventory.”

Brown said he’s had conversations with out-of-state marijuana manufacturers that are exploring the possibility of entering the Minnesota market, in part because there aren’t many existing companies that can handle the new demand.

“What I’ve been hearing is there’s a lot of out-of-state marijuana companies that have an interest in coming into the state and working in the hemp-derived industry,” Brown said.

“There are just so many companies interested in selling these products.”

Minnesota lawmakers approve THC from hemp for adult use 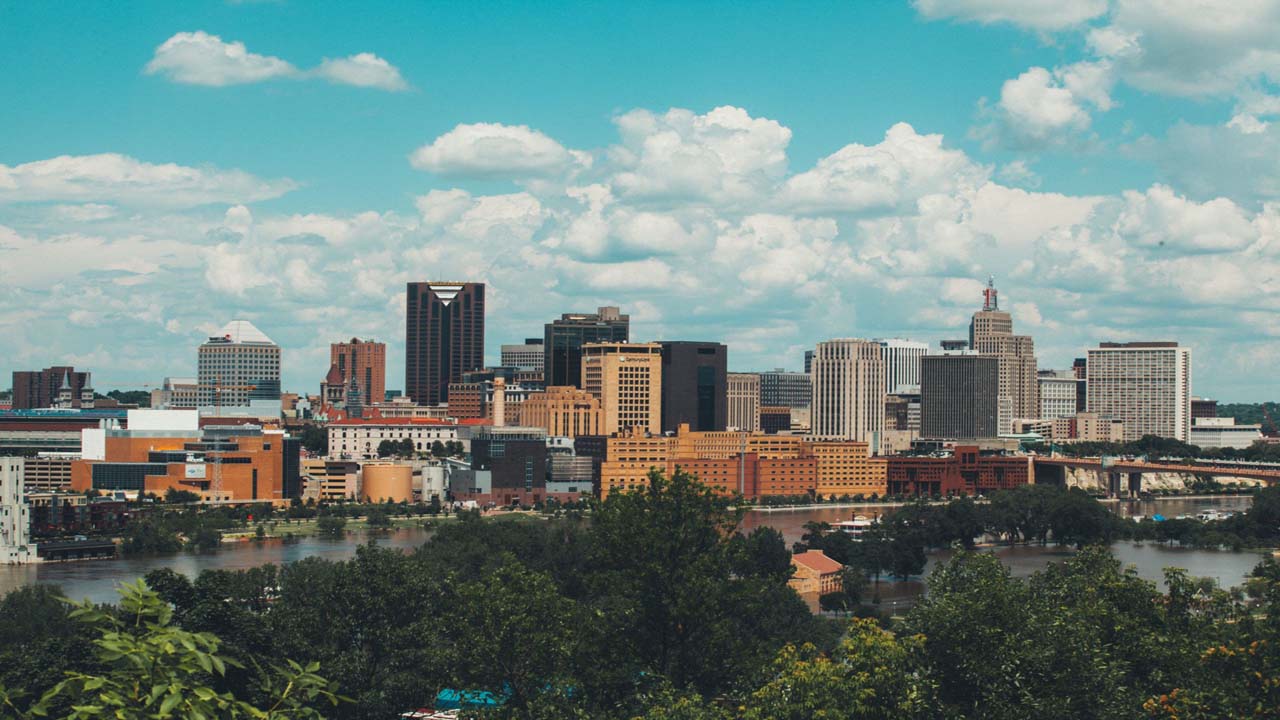