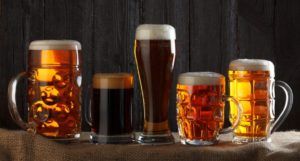 Moosehead, the largest fully Canadian-owned brewery, is partnering with Sproutly Canada to make nonalcoholic, cannabis-infused beverages – marking the latest major brewery to make a splash in the marijuana sector.

Moosehead and Sproutly entered into a definitive agreement to form a joint venture, with each holding 50% ownership.

Sproutly CEO Keith Dolo told Marijuana Business Daily the respective financial contributions by the two companies are yet to be finalized.

Vancouver, British Columbia-based Sproutly will provide its own cannabis for the joint venture from its facility in Scarborough, Ontario.

Matthew Oland, one of the brewery’s senior executives, has been appointed the first CEO of the joint venture. Sproutly will be responsible for appointing the first board chair.

New classes of cannabis – edibles, extracts and topicals – will be added to Schedule 4 of the Cannabis Act no later than Oct. 17, but experts say most of the new products probably won’t hit shelves until early 2020.

According to the terms of the deal, Moosehead will provide infrastructure such as research and development, operations, procurement, finance and distribution, leaving Sproutly to provide the technology to make the cannabis beverages in Canada.

Sproutly’s Infuz2O technology will be available to the joint venture for five years, with a possible two-year extension.

The deal is exclusive for the Canada market, and specific to cannabis beverages – exclusive of hemp.

The name of the joint venture has not been chosen yet, partly because the regulations governing infused products haven’t been completed.

“Moosehead has 152 years of branding and marketing their name. I think that’s one of the biggest deciding factors Health Canada has – what are we allowed to brand it as – which may eventually determined what the joint venture is also named,” Dolo told MJBizDaily.

A lot of regulatory and logistics work remains before product hits store shelves.

That work includes “what can be sold, what can’t be sold, how it can be branded and marketed,” Dolo said. “Then everybody had to do shelf stability testing and product formulations.

“A lot of that work is in development, but there’s a lot of work left to be done before you can get a food group product in the hands of a consumer.

“On top of that, the provincial regulatory bodies in Canada still need to determine how it’s doing to be handled, sold and distributed. There’s logistical issues there that still need to be worked out.”

The Sproutly Canada CEO said the next steps are to focus on the business model and get the joint venture up and running as quickly as possible.

Recently, cannabis has been top of mind for some alcoholic beverage makers.

An industry association representing Canadian beer makers expressed concern that the adult-use cannabis market would cut into its profits and even asked the government to increase marijuana excise taxes.

And Denver-based Molson Coors agreed that the rising popularity of legal cannabis could hurt its bottom line.

“Although the ultimate impact is currently unknown, the emergence of legal cannabis in certain U.S. states and Canada may result in a shift of discretionary income away from our products or a change in consumer preferences away from beer,” Molson Coors noted in a regulatory filing.

Sproutly Canada trades on the Canadian Securities Exchange as SPR.