Although rec sales began at medical dispensaries last October, the state didn’t begin taxing those sales until January, at 25%. The 2016 sales figures for the first seven months are in line with the $180 million-$220 million in retail sales the Marijuana Business Factbook 2016 projects for the entire year.

The total sales figure at the end of July is an estimated $102 million, according to the Oregonian.

Sales numbers are likely to increase as the year goes on, given that dispensaries were allowed to begin selling edibles and concentrates to adult-use customers on June 2.

In addition, the full rec market is slated to launch in the fall, meaning an increase in the amount of MJ products rec customers can purchase as well as more storefronts from which to buy.

State economists are projecting roughly $44.4 million in state tax revenue from rec sales in 2016, which would equate to $177.6 million in sales for the year. 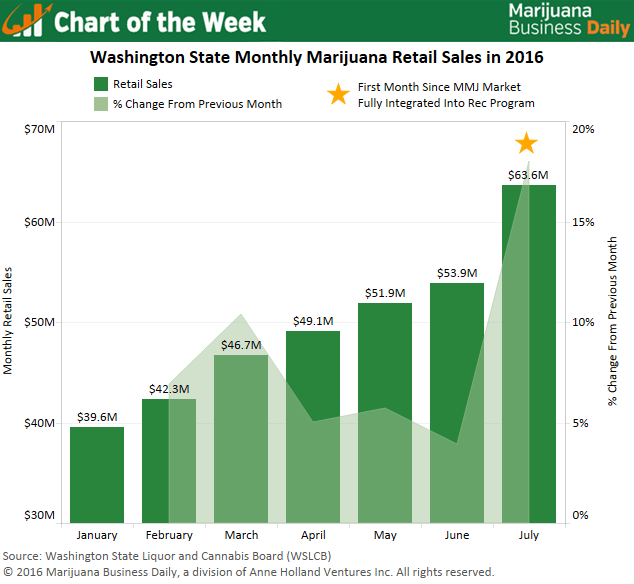