Entrepreneurs with political connections are looking to jump into the Illinois medical marijuana industry.

– Attorney Sam Borek has registered at least 36 cannabis company names in Illinois. Borek is the college roommate of – and a major financial contributor to – Rep. Lou Lang, who was one of the chief sponsors of the state’s medical marijuana law.

Illinois is not the only state to see politically connected entrepreneurs enter the cannabis industry. Nevada’s medical marijuana industry recently attracted entrepreneurs with ties to politics and elite businesses. 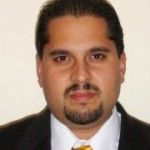 Week in Review: How Not to Advertise a Cannabis Business + Hershey Lawsuit & Roller Coaster in NY