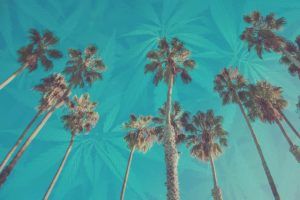 (This is the third of three stories marking the two-year anniversary of the start of legal recreational cannabis sales in California. The first installment investigated the overall impact of the illicit market on the state’s legal cannabis businesses. Part 2 took a historical look at how the legal California market got to its current status.)

The California cannabis bloodbath of 2020 has begun.

But while even more market contraction is likely, the current business climate will also produce opportunities for well-capitalized new market entrants.

In January, Canadian operator Sunniva announced it’s shuttering its distribution operation, Full-Scale Distributors, by the end of February to save costs and focus on preserving its ownership of a Southern California cultivation operation.

According to industry insiders, this is just the start. Many predict more California cannabis company failures, more businesses going into court-appointed receivership because federal bankruptcy protections aren’t an option and more industry exits in general.

“By the end of the year, we’re going to see a lot of our members I think fall out of the industry,” said Lindsay Robinson, executive director of the California Cannabis Industry Association. “Businesses are on the verge of collapse.”

Which begs the question: When is it going to end?

The answer, said several experts, is probably later this year – once marijuana investor interest picks up and after the supply chain can shake out debt created by businesses that overextended themselves.

“This year is all just about survival,” said Debby Goldsberry, executive director at Magnolia Wellness, a cannabis microbusiness in Oakland.

She laughed when asked in January if her company was profitable yet, adding: “2020 is the year of deployment.”

For small companies that can grow organically without outside investor capital, it’s time to do that.

For wealthy operators or investors, the current business environment could create a buying frenzy.

“A lot of people are going to run out of operating capital this year,” predicted Andrew DeAngelo, who co-founded the renowned Oakland retailer Harborside and is also now doing outside consulting work.

“There’s going to be a lot of assets out there at a discounted price in 2020.”

Several insiders noted that’s because many California cannabis companies don’t have funds to keep doing business as usual nor the option to declare bankruptcy since marijuana remains illegal at the federal level.

The upshot is that well-heeled investors can gain footholds in the world’s largest marijuana market.

That’s what Rob Hunt is doing. The former principal at New York-based Tuatara Capital started Linnaea Holdings last June with an eye on the California market.

He raised $10.5 million from investors and is working on an acquisition deal for Utopia, a California cannabis manufacturer and grower. Linnaea Holdings is already Utopia’s biggest investor, Hunt said.

He said his goal is to raise more investor cash this year and eventually own a vertically integrated business “from cultivation all the way through retail.”

While some might scoff – especially when the legal market is hurting – Hunt sees opportunity. That’s because consumer habits haven’t changed, and, from the macro level, market sales have steadily improved.

“In the next two quarters, watch for eight or nine major companies that really have a lot of investor capital tied up in them, go under, and really watch the ripple effects through the industry,” Hunt predicted.

“But then it’s going to start coming back. Because the compounded annual growth rate in the industry (is) still tracking exactly as we expected, as far as dollars across the counter. We’re not seeing people consume less.”

According to Seattle-based cannabis analytics firm Headset, in 2019 the California market saw just under $3 billion in legal adult-use sales – nearly doubling legal marijuana sales in the state in 2018.

In 2020, according to Marijuana Business Daily projections, California’s legal adult-use market will grow by approximately 50%, eclipsing $4 billion in sales. And, by 2023, the legal California market will hit over $6 billion.

A year later, 2024, is when legal marijuana sales in California will overtake illegal sales, according to projections by Boulder, Colorado-based BDS Analytics.

That’s what gives Hunt and others hope for California’s legal marijuana industry.

“(Linnaea Holding’s) model doesn’t require a great deal of capital, especially now that the downturn has happened and valuations have plummeted,” Hunt said. “Where we thought we were going to need $60 million previously, now we think we need about $30 million-$35 million total.”

He said several other businesses with similar approaches are already negotiating terms with smaller companies and that firms he’s spoken with now are receptive to buyouts.

“If you have capital and you have the right model, 2020 is going to present the best opportunity you have to build a really cool company with assets that, a year ago, you wouldn’t have been able to afford. But this year you can,” Hunt said.

There are some possibilities for systemic change on the horizon, however.

CCIA’s Robinson predicted that many cities and counties will vote on more local ballot initiatives as a way to force localities to embrace the industry. Other moves to roll back local marijuana taxes could emerge, which could help lure more customers away from the cheaper illicit market.

There’s also the possibility of tax reform from the state Legislature, and more local governments are likely to open their arms to the cannabis space over time as they realize how much tax revenue they’re leaving on the table by banning marijuana companies completely, Harborside’s DeAngelo pointed out.

However, it’s hard for businesses to count on any such legislation succeeding, so they need to plan for the future based on what’s currently in front of them. For many, that’s empty coffers as they continue to do battle against a huge illicit market.

“If nothing changes, two years from now you’re going to see an awful lot of blood on the tracks,” DeAngelo said. “You might also see some very wealthy people scooping all of that up.

“But then the cycle would start all over again.”