A bank in Nevada has revealed that it intends to work with medical marijuana companies, saying several of its “prominent customers” are applying for licenses to operate dispensaries and cultivation sites.

First Security Bank of Nevada will offer accounts for medical marijuana businesses under the recent guidelines established by the federal government. The bank has not established a timeline for opening the accounts.

The decision is notable because few – if any – banks that actually work with the industry admit so publicly.

The decision shows the power that politically connected and high net-worth individuals can have on local cannabis industries.

The bank’s CEO, John Sullivan, said in a radio interview he was persuaded to serve the cannabis industry by a handful of customers who are applying for business licenses in Clark County.

“We had several prominent customers in Las Vegas, some of whom have been applying for medical marijuana-related establishments,” Sullivan said. “They came to us and said this is what we want to do.”

Sullivan would not divulge the names of his customers. A recent Las Vegas Review Journal story said that the applicants in Clark County include prominent business leaders, former politicians, well-known doctors and lobbyists.

Sullivan acknowledged the risks associated with cannabis clients and said that many banks are simply turned off by the large amounts of cash that these businesses generate. Cash-intensive businesses force banks to hire additional staff to count the money, he said. 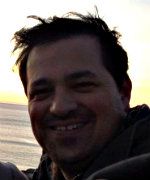