(This is the second installment of a two-part series on state-level marijuana legalization efforts coming in 2018. Part I looks at ballot measure campaigns. Part II examines legislature-driven efforts.)

Only 26 states in the United States – along with Washington DC – allow independent campaigns to place ballot measures before the general public. Which means the only way to change state laws in almost half the country is through the legislature.

For cannabis advocates, that means pinning legalization hopes on lawmakers, not voters.

ADVERTISEMENT
Unfortunately, politicians are often slow to enact public policy changes, which is why each of the eight states that have legalized recreational marijuana have done so at the ballot box instead of through legislatures.

That could change in 2018, however. And, according to cannabis industry observers, there could be gains on the medical marijuana front as well.

“You will hear about some wins through the legislative process, and there will be wins at the ballot. So I do expect the strong movement forward to continue” in 2018, said Bryan Meltzer, a New York-based attorney who tracks potential new business opportunities and markets for roughly two dozen cannabis industry clients.

“I feel pretty bullish overall,” Piper said. “(Legalization efforts are) being driven by strong demand from the public, and all the work that activists – including business owners – are doing at the local level is having an impact.”

Kampia, however, was lukewarm and chose to hedge his bets on potential legislative moves.

Here are the best prospects for recreational and medical marijuana legalization through state legislatures this year, according to industry insiders:

Kampia and Meltzer are most optimistic that legislatures may take bold steps forward in the adult-use sector.

Kampia said New Jersey, Rhode Island and Vermont are at the top of his watch list for rec legalization.

“New Jersey, I think, is the most likely,” Kampia said, referring to the fact that anti-cannabis Gov. Chris Christie leaves office in January and could be replaced by Democratic nominee Phil Murphy. Murphy has said he wants to legalize rec, and there’s already a bill to do so.

“With a very liberal Democratic legislature,” Kampia said, “we think (New Jersey) would be ranked No. 1 or be tied with Vermont” (in the race to legalize adult use).

Vermont and Rhode Island have been disappointments the past few years, since advocates have consistently ranked those legislatures among the ones most likely to be first to legalize rec.

But 2018 could be the year both states break through, Kampia said.

“Vermont – for sure there’s a play there. That might be ranked No. 1,” Kampia said. “Rhode Island – serious play there, but it might be a two-year plan.”

Other states that could make surprising moves on the rec front include Connecticut, Delaware and Maryland, Kampia and Meltzer said.

When the discussion turns to medical marijuana, Louisiana is a key for both Marijuana Policy Project and Drug Policy Alliance.

Although the state approved an MMJ program last year, there’s a big flaw that both organizations say lawmakers must address: a lack of protection from criminal prosecution for those who take part in the industry.

“That’s the main piece we’re interested in,” said Piper, who added that without such protections the program isn’t truly viable.

“I think they’re going to find out pretty soon that (the Iowa CBD law) doesn’t really do what they thought it would do,” Piper said, alluding to overtures from Iowa lawmakers who want to make it possible for residents to obtain MMJ from Minnesota’s two medical cannabis producers.

But aside from those two targets, there aren’t any obvious states in the advocacy groups’ legislative crosshairs.

He also noted that MPP is playing a “two-year game” in several states, indicating the plan is to lay more groundwork in 2018 for legislative victories in 2019.

It’s quite possible, Kampia added, that some state lawmakers could surprise observers next year.

For example, he said, South Carolina has a “long-distance chance” of legalizing MMJ, and Tennessee could be another that might break in 2018.

Meltzer believes Kentucky, Indiana and Texas are outside chances to expand their current CBD laws, since there have been attempts in those states to establish full-strength medical marijuana programs and public approval of MMJ continues to grow.

But he’s not counting on it.

“The states where it’s easy to pass MMJ legislation have already been passed,” Meltzer said. “People now are more interested in opportunities in the states that already have medical programs and look like they’re expanding, or appear to be going recreational at some point.” 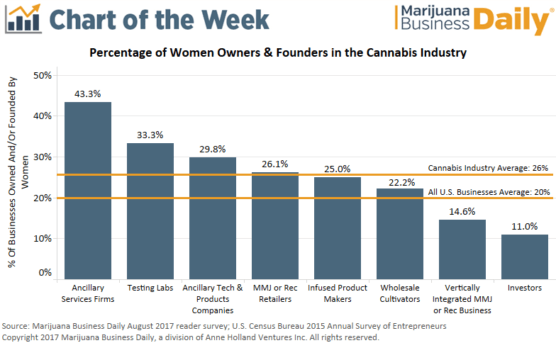 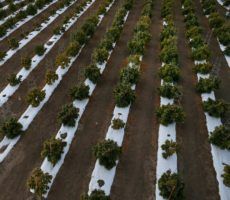