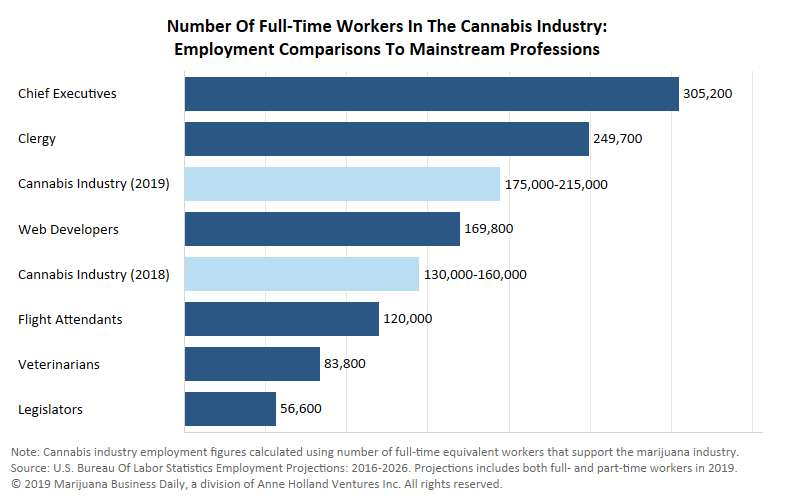 The number of full-time cannabis employees in the United States is expected to grow 34% in 2019 over the previous year, with the potential to top 200,000 workers.

These gains are driven by continued growth in California’s massive marijuana market as well as the employment needs in other states as new medical and recreational markets develop nationwide.

The laws of supply and demand have pushed up salaries for cannabis workers in California and Eastern markets as marijuana companies seek experienced employees and product prices rise in these markets.

Employment in cannabis is expected to be about 3.5 times more than the number of legislators, who play a critical role at the state and national levels in advancing and regulating the marijuana industry.